If you want to have multiple sessions running side-by-side, you should name each session using Ctrl+b and $. You can get a list of the currently running sessions using tmux list-sessions or simply tmux ls, now attach to a running session with command tmux attach-session -t <session-name>.

I was stuck in a large mv so I wasn't in a position to stop the process, setup screen and then start it again. I managed to exit the SSH session with the process running by essentially doing the following steps:

Usage of the disown command: 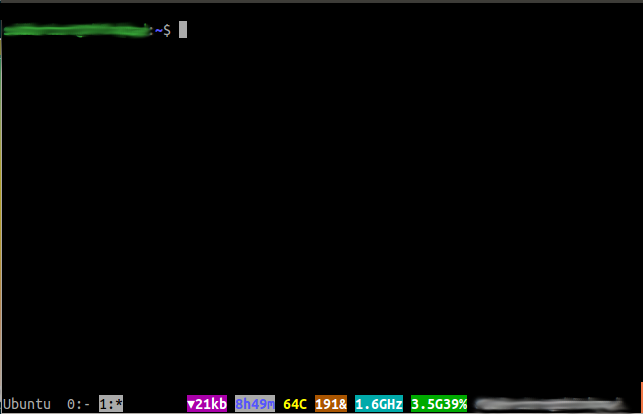 8
How to use screen command?
3
Keep running a python program even after logging-off the ssh session
2
How to run an application on a headless Ubuntu?
1
Keep running a program in terminal over SSH after "Write failed: Broken pipe"
1
Execute java from terminal and let it run even after the ssh session ends
0
How Should I Be Accessing My Server?
1
If I SSH into a server via terminal and start a process to copy files, is it killed after I log out?
2
Leave Ubuntu server to compute in background
1
How to run python script after I close terminal?
0
how to leave a process running in backgroun on a terminal
See more linked questions

2
SSH'ing to my machine attaches an existing screen session and detaching it ends my SSH session
4
Keep the running processes alive when disconneting the remote connection
5
Share SSH Session at login
2
Forward X session over SSH for an already-running program?
1
trigger x-gnome-autostart after reboot over ssh
1
SSH with remote command and keep session alive
3
Can you keep a gui application running with ssh x11 forwarding after closing the ssh connection?
0
How to resume a process after loosing ssh session?
0
Keep the content of SSH sessions