I have referred No internet connection on Virtualbox (Windows 7 as guest, ubuntu 13.04 as host) question for this problem.

I have been attempting to gain internet access in my guest OS using the configurations defined in the following screenshot. 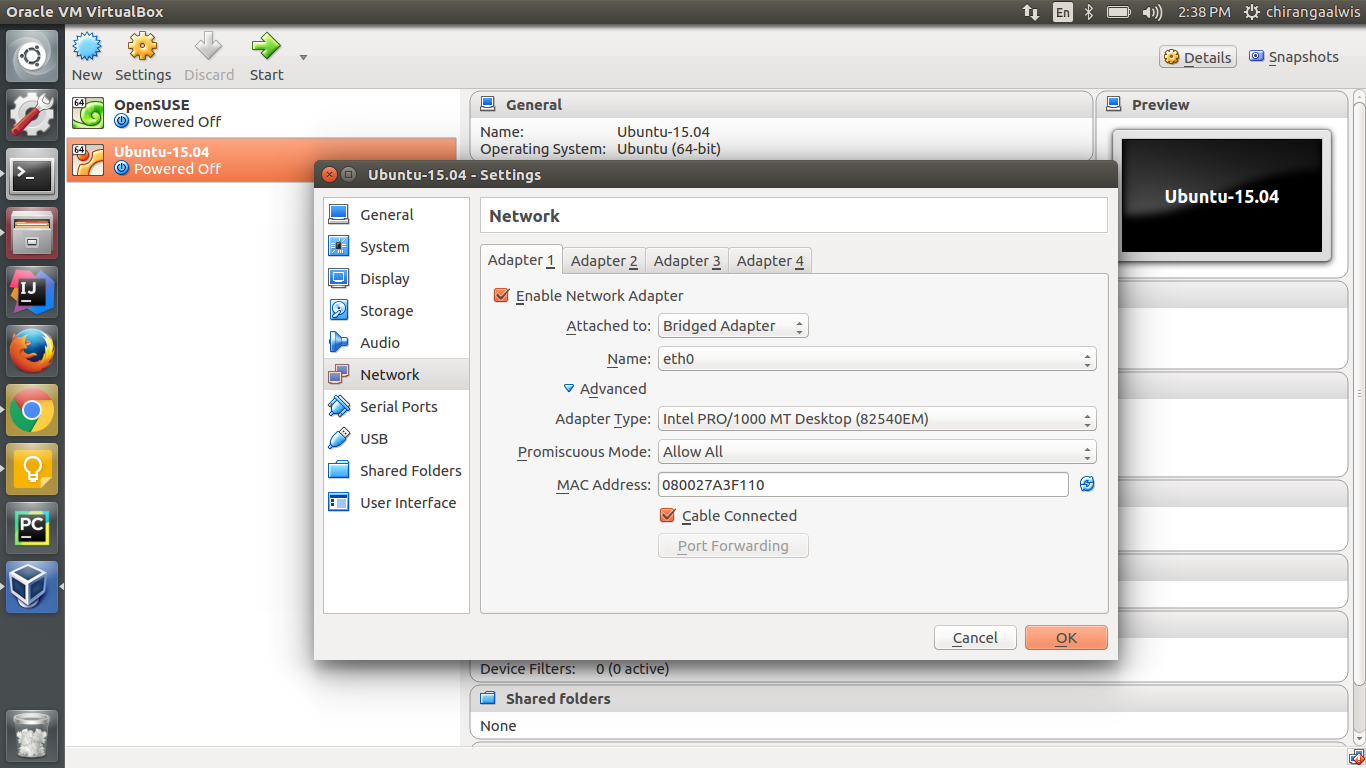 In my initial attempt, I managed to gain access to internet using the above configurations but all of a sudden the connection was lost and had been absent since then.

I am using eth0 since I am using a wired connection in my host.

Browse other questions tagged networking virtualbox internet or ask your own question.

94
No internet connection on Virtualbox (Windows 7 as guest, ubuntu 13.04 as host)