I can't mount my 16gb sd card after my computer shut down will i was copping some file into the card , i tried to fix it using fdisk i think somehow i managed to delete the header of disk also

i traid adding table partition with gparted but it won't work 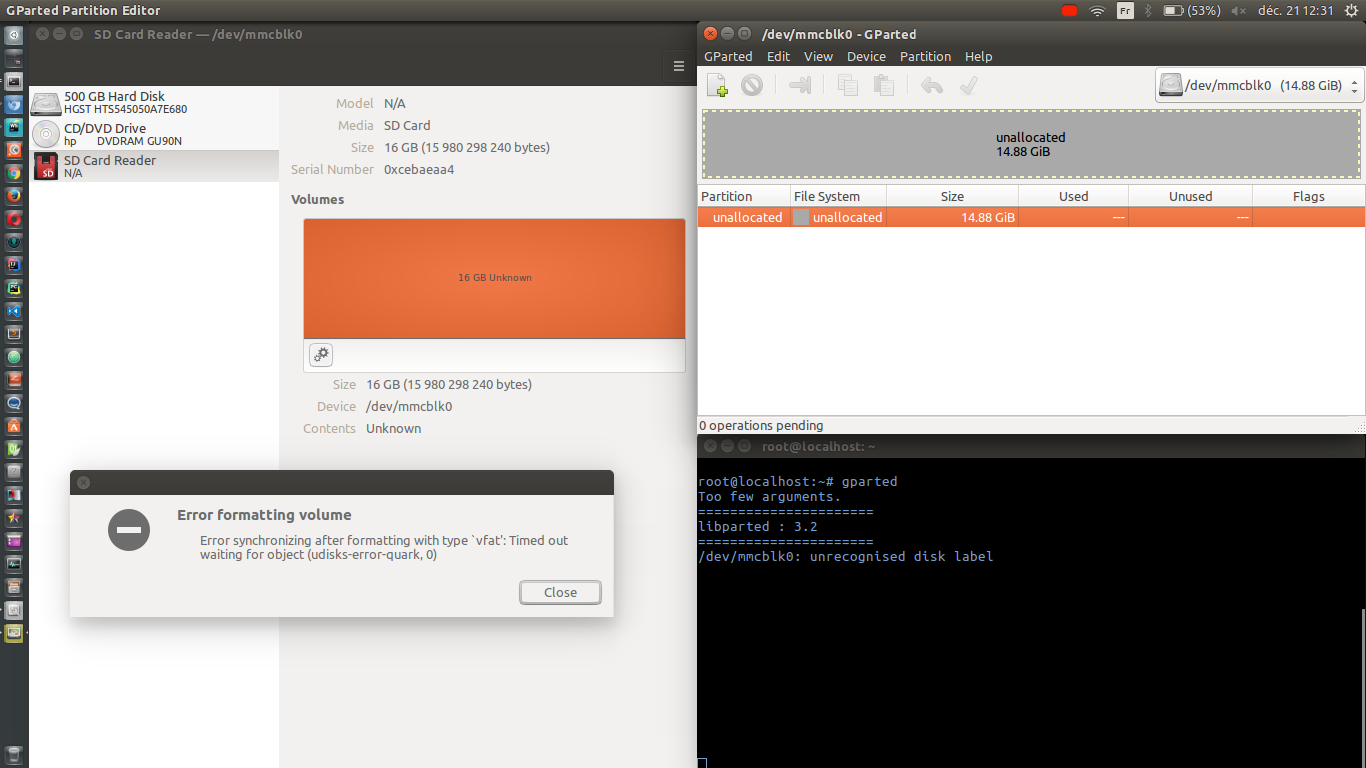 I'm not concerned about the data in it, i just want know how can i fix it.

According to your output from

the device is recognized as a mass storage device. Such a device works best, when there is at least one partition. But you tried to create a file system directly on the device (without a partition structure) like it used to be on floppy disks, and like is is in CD/DVD disks.

You can create a partition table with manual tools, for example gparted, but it is 'automatic' with mkusb. When gparted does not work, I suspect that there are some data, that confuses gparted, and mkusb overwrites those data with zeros (overwrites the first megabyte).

Not the answer you're looking for? Browse other questions tagged partitioning mount hard-drive data-recovery gparted or ask your own question.