I recently deleted the Windows 10 from my HP Pavilion Laptop and installed Ubuntu 16.04.1 LTS using a pen drive. In another pen drive, I stored all the important data of Windows 10. But after installing Ubuntu, when I connected the USB to the port on my Laptop. It wasn't showing anything but the following window popped up.

When I connected that pen-drive in another Ubuntu Laptop, I observed that many folders were converted into the binary files. However, I wasn't able to cut and paste those folders from pen drive to my desktop but was successful in copying a few of the folders. What should I do to get back my important data from USB?

The data are important. This means that you should not mount this drive (only connect it). Then you should clone it to a drive of at least the same size, and do the recovery work on the cloned copy. This method will reduce the risk (that the recovery attempts will destroy data, than are possible to recover).

There are several helpful pages and several tools available via the internet. I wrote the following short page with tips and links to tools, that have worked for me.

Repair the partition table and file system of a pendrive

Clone a drive to another drive of at least the same size. The drives are represented as block devices.

1. According to example 1 in 'info ddrescue'

Boot from a 'third' drive, for example the internal drive or another USB boot drive with linux.

It is a two-step procedure, where the second step is only necessary when there are 'difficult' or bad blocks on the source device (the USB drive)

but check very carefully and modify the device letters to your particular case.

If you find this too difficult or risky, we can hope that there are no bad blocks in the source device. Then it is possible to do this with mkusb. It will help you select the target device in order to avoid writing to the wrong one and overwrite valuable data.

To match the example above we assume

and mkusb will display information about all devices and later the possible target devices to let you select it via a menu, where additional data is displayed. 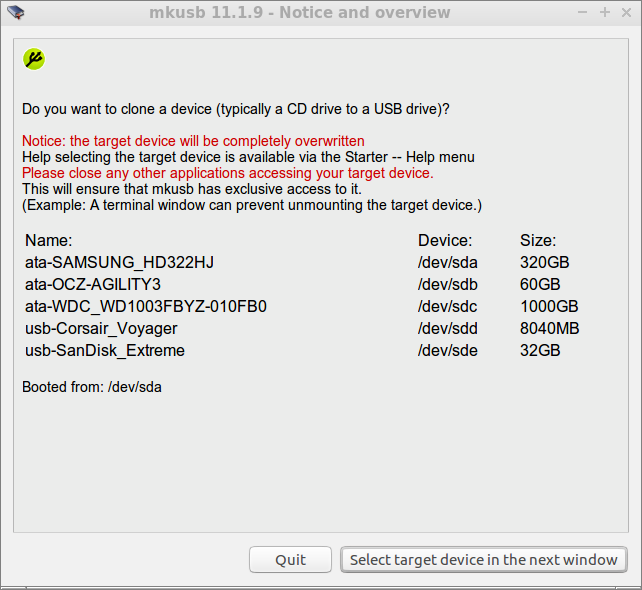 mkusb will filter the devices, and only show what are suitable target devices with numbers to help you select the correct one, in this example a Sandisk Extreme pendrive at /dev/sde 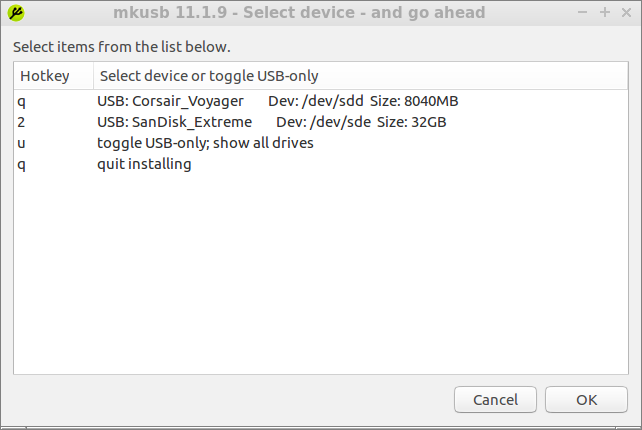 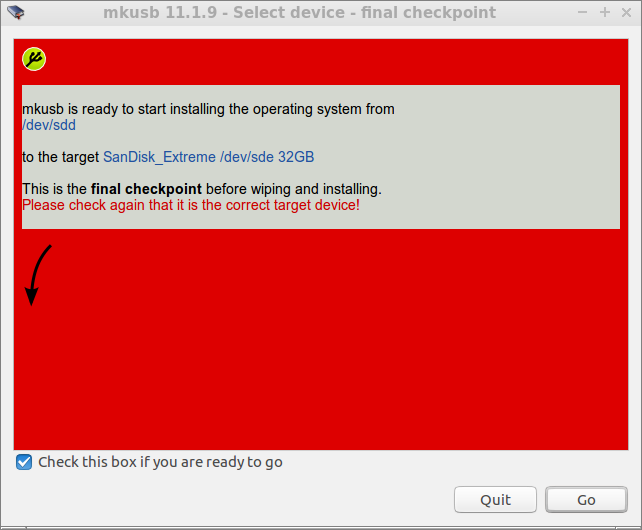 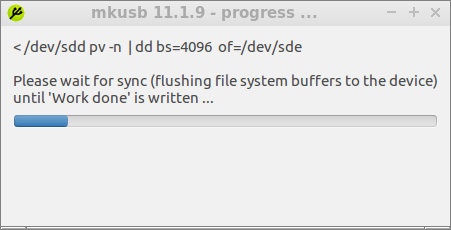 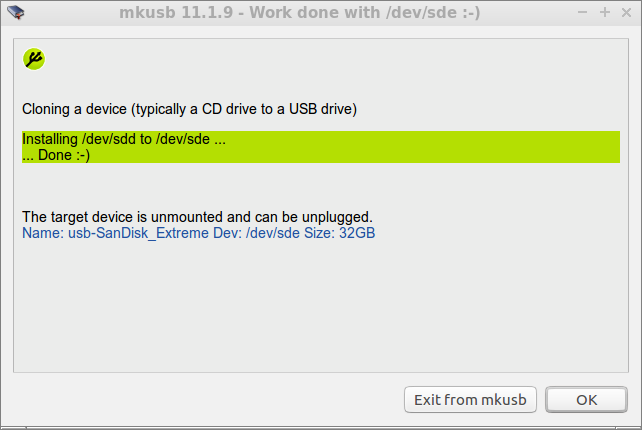 Check in the terminal window, that the whole device was read and all data written (cloned)!

(In this case there was extra total time because I made screenshots.)

Not the answer you're looking for? Browse other questions tagged usb data-recovery hp windows-10 data-loss or ask your own question.

125
How to recover deleted files?
1
DD vs cat for forensic works (carving in USB)
0
My external hard disk got accidentally formatted