(How) can I enable automatic switching between Intel and NVIDIA GPU?

I'm using a PC with an integrated Intel and a dedicated NVIDIA GPU. Is there a way to switch between the two graphics adapters automatically - depending upon the need at the moment?
Using the NVIDIA settings application forces me to log out and back in to perform the switch. 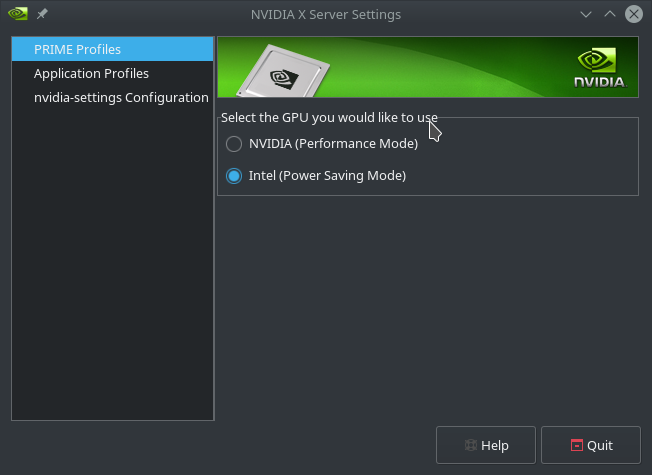 I found a similar question, but the answers are not sufficient enough. I installed bumblebee, but I don't want to specify the card each time when I run a program. Is there an automatical solution?

Unfortunately as of today automatically switching between the intel and NVIDIA graphics is still not supported on Linux based operating systems. There is some progress to be seen in GNOME 3.22, where it is possible to launch an application with the dedicated graphics adapter, but only when the open source drivers are in use. Maybe this feature will be available for the proprietary drivers in the future. In the meantime, for Ubuntu I recommend to use the default solution nvidia-prime and to remove bumblebee, because this software is not maintained any longer ... the latest version 3.2.1 was released on April, 26th in 2013 -> Bumblebee Version 3.2.1 "Tumbleweed" - Release Notes !

Example of GNOME 3.22 - most probably the version which will ship with Ubuntu GNOME 17.04 : 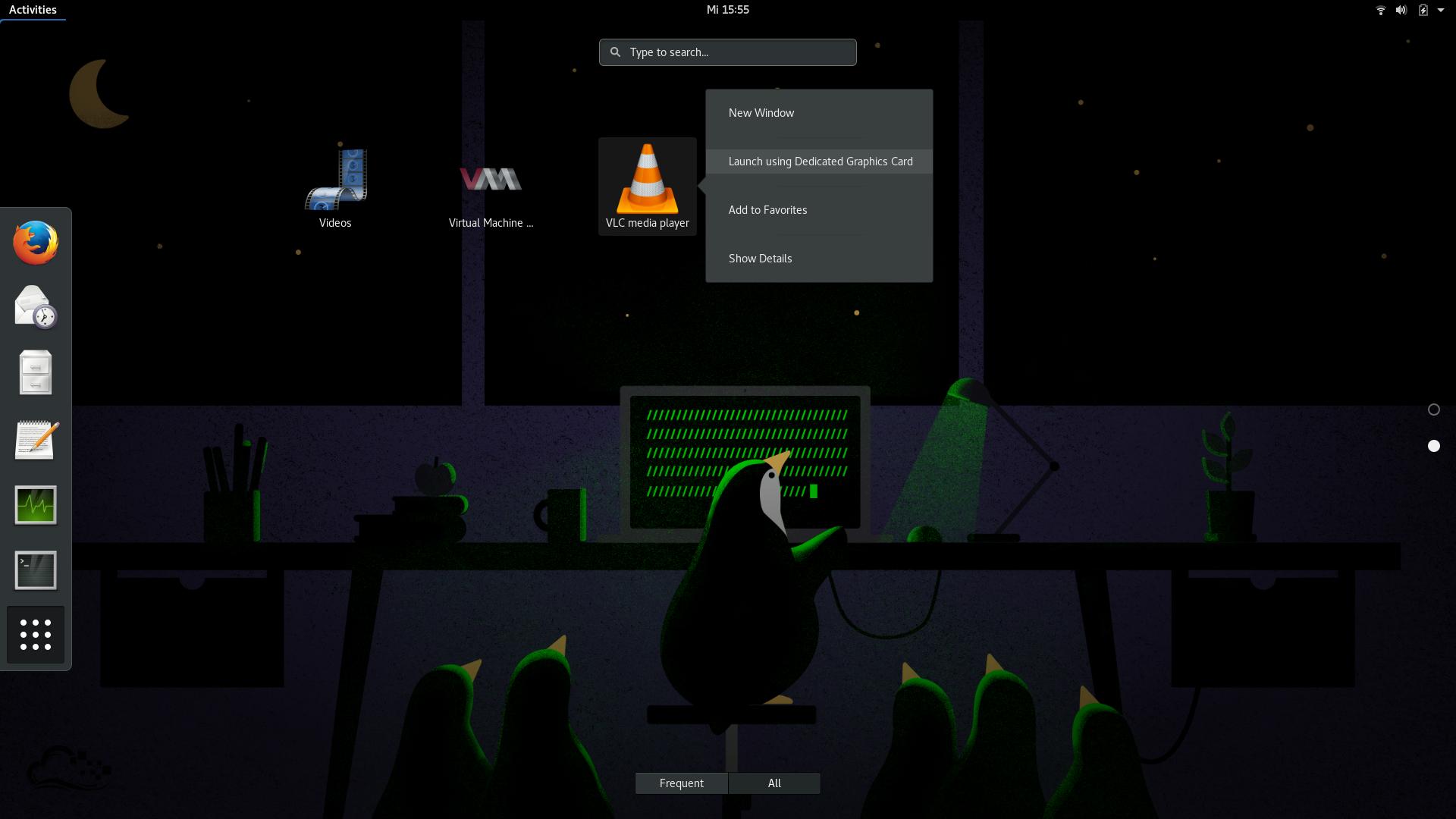 We will see how this will influence the development of other Ubuntu editions and graphics drivers.

There is a script which makes easier to switch between intel and nvidia's graphics cards and besides it fixes screen tearing bug on Intel's. If you are interested in check it out: Graphics-Switcher

Not the answer you're looking for? Browse other questions tagged drivers 16.04 nvidia intel gpu or ask your own question.

2
Set default GPU for switchable ATI/Intel graphics
1
How to restore Intel HD GPU hardware detection after removing failed NVidia driver
4
Switching on and off integrated GPU
0
Intel GPU Monitor and Overclocking
1
Enable Nvidia GPU if integrated GPU get stressed
0
Nvidia/Intel hybrid graphics with cinnamon and mdm
0
How to use NVidia Gpu simultaneously with intel HD
2
How to use only the Nvidia GPU?
1
How do I switch to Nvidia GPU in Ubuntu 18.04?