How do I make Update Manager stop opening automatically?

Update Manager keeps opening automatically and it's getting very annoying, especially when I'm using Gnome Shell. How do I make it stop?

This may work for you. I haven't verified if it works in GNOME. 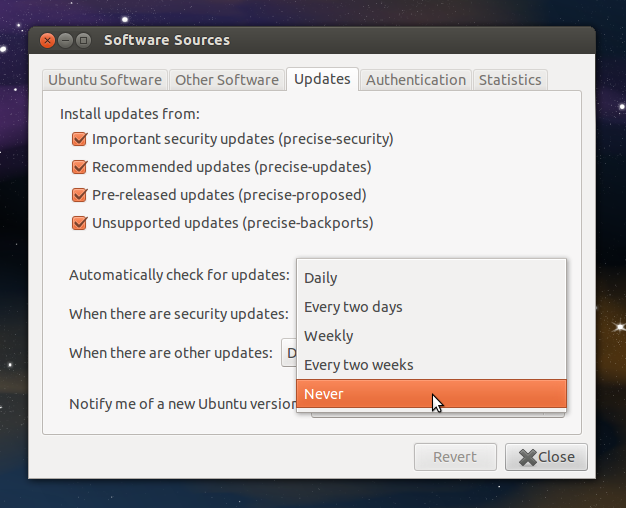 After this, you will have to open the Update Manager application manually.

open gconf-editor, browse down to Apps -> Update Notifier, and uncheck the auto_launch option

OK, try this one. It's similar to the other answer but disables it instead of deleting it entirely. It might be safer for you to open the file in an editor and change the line by hand instead of the sed command that post uses.

The procedure, using an editor:

In Precise, it is done using dconf now rather than gconf. 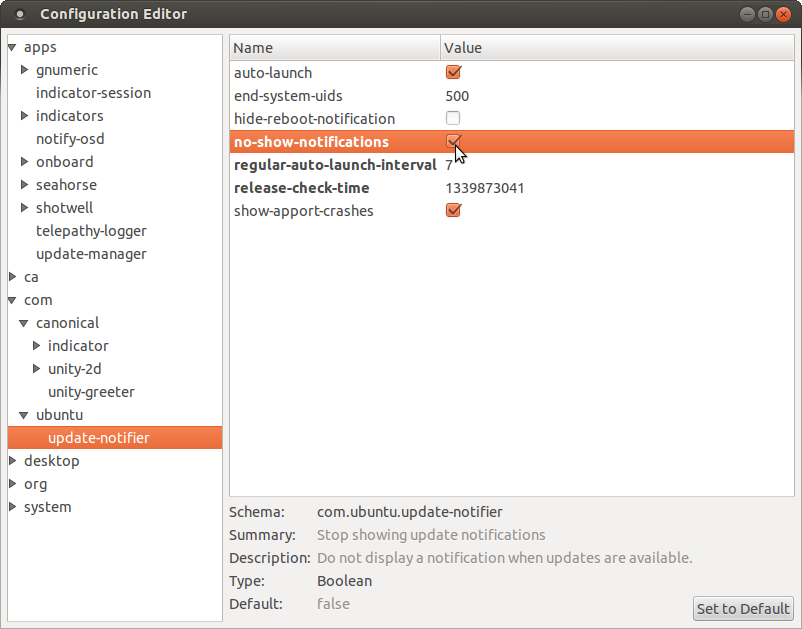 And here's how to do it from the command line:

The Update Manager pops up when it detects a new update. This behaviour can be pretty annoying for many, especially when you are in the midst of your work. To make it worst, if you close it without updating, it will keep on popping up in regular intervals and each time after boot, until you have upgraded your system. To turn it off:

Reboot now, and you'll find that there's no Update Notification. 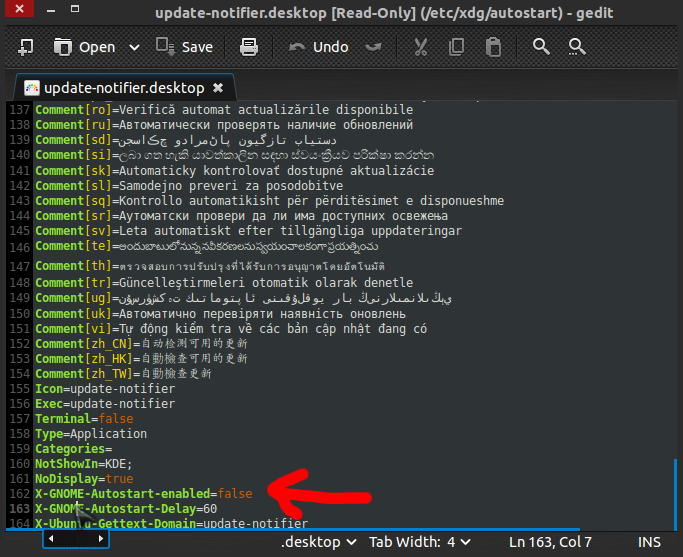 Disadvantage: This disables automatic Update Notifications altogether.You'll have to manually check for updates(which is fine by me,but may not be for some people)

Graphical Way: Open dconf Editor. Navigate to com->ubuntu->update-notifier. Uncheck the entry auto-launch and close dconf Editor. To recover the Update Manager popup function, simply repeat the above step, but place a check in the auto-launch entry. 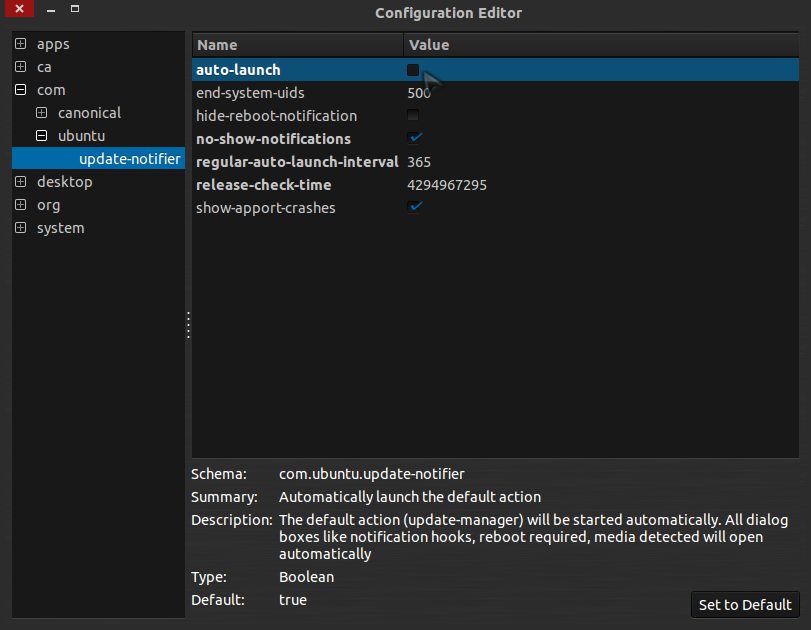 Command Way: For the terminal lovers out there, type in these commands to do the same.

These methods were tested and found to be working on Ubuntu 12.04 LTS with update-manager version 0.156.14.11. I got the idea from the post How to Remove The Annoying Update manager Pop-up in Ubuntu Jaunty and simply modified it to work on Ubuntu 12.04 LTS aka Precise Pangolin

In order to stop Update Manager from launching:

To activate it again:

Prompt=never change this with your favorite editor.

Never use update-manager with -d this checks whether the next release is available or not.

7
How to remove Firefox from update manager?
0
How do I add Update Manager to the Activities/Applications tab within GNOME Shell?
0
Red Error sign when opening update manager
2
having problems with update manager
1
Ubuntu update manager error & Ubuntu internal error
64
How to disable the update manager popup?
1
By what mechanism is update-manager supposed to be automatically started?