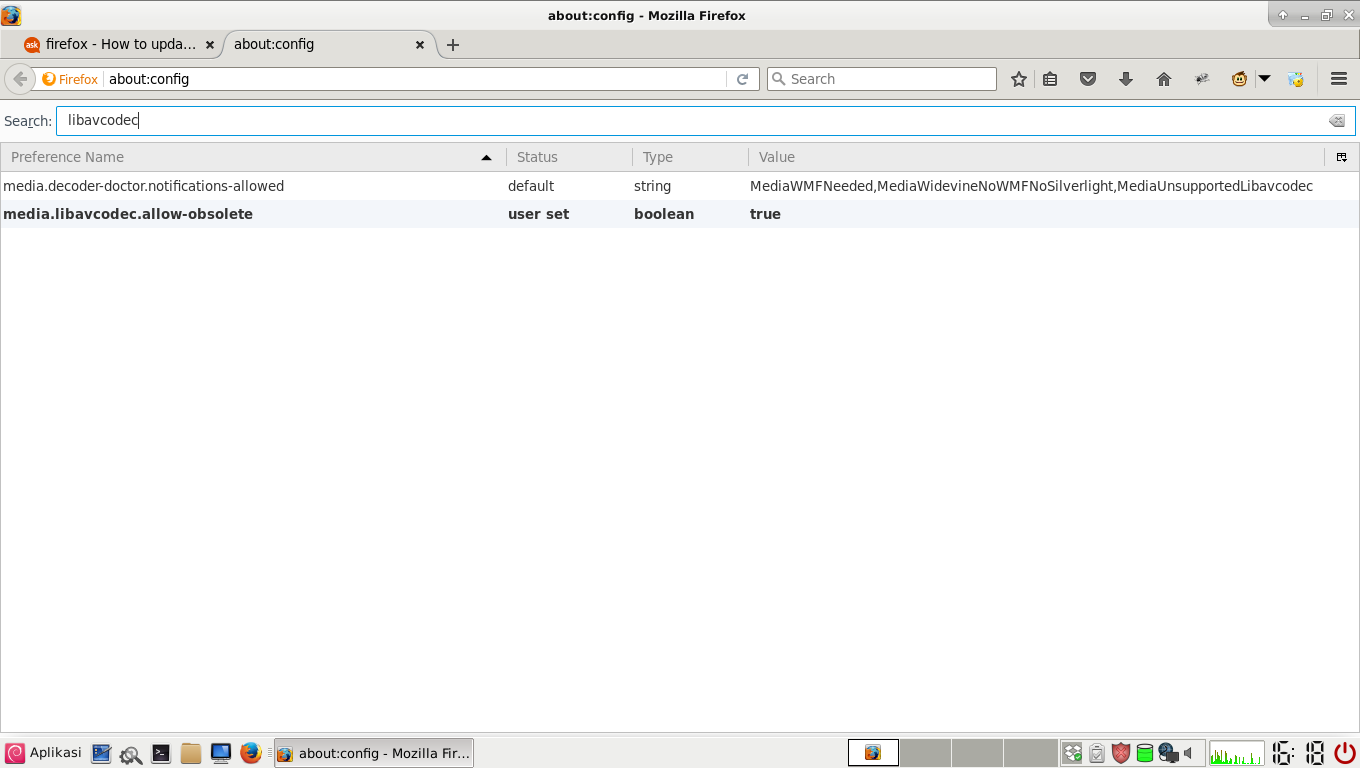 I got similar message and cannot play some videos (I generated by ffmpeg tool) in FireFox (v101, almost latest version) and Ubuntu 14.04LTS, after installing libavcodec-ffmpeg56 the message is gone and the video playback also works well.

5
How to update libavcodec on Ubuntu 14.04 : vulnerability associated
1
E: Package 'libavcodec-extra-53' has no installation candidate
8
Netflix error code F7355-1204 and F7363-1260
2
Installed latest version of libav from sources but the corresponding libavcodec shared library apparently is not detected
0
Should I update libav codecs lirary from 9.18 to 11.3?

0
Can only install some R-Packages (Ubuntu 14.04 server)
0
g77 for Ubuntu 14.04 (64 bit)
0
crash chrome broswer
4
Installation of gnome-core on Ubuntu 14.04 LTS (Trusty Tahr)
0
Do I need an active network connection to run boot-repair on the terminal?
0
Error get while installing ardupilot on virtualbox ubuntu 14.04.3
4
Now that I have Firefox 50... netflix isn't working any more