"Welcome to emergency mode" after update

My has Live USB has Debian on it not Ubuntu(mate).

This shows up when I run fdisk -l :

Which should I chose? Thanks

To run a fsck (file system check) on your Linux/Ubuntu partition:

If you've changed partitions "a lot of times", did you remember to edit /etc/fstab and make sure that the UUID's correctly match the output of sudo blkid?

Lastly, you could have problems with your two "Windows" partitions on /dev/sdb1 and /dev/sdb2.

In my case, I have a duel boot with Windows 10 and Ubuntu 20.04 on a SSD, and my Ubuntu "Home Directory" on a large hard drive, partitioned half for the Windows OS storage. After reading some info and a bit of fumbling about, I found an error showed in the sdb1 drive.

I was able to run fsck -y /dev/sdb1. I don't know why, (I am just a average user), but that command moved my entire "Home Directory" to a hidden "lost and found" folder. I was able to boot up Ubuntu but the OS was as if I was booting for the fist time. My desktop was gone and nothing worked. I couldn't open the home directory, or anything else for that matter. I couldn't even shutdown or reboot. Next I booted with a live Ubuntu 20.04 thumb drive and found the home directory not showing in the storage drive. I hit control+h to see the hidden lost and found folder. Inside that I found my entire home directory, yeah so that was a relief. I reinstalled Ubuntu 20.04. I used the same username and password as the first time I installed. After the install restart, the machine booted with the fresh Ubuntu OS. Then I updated the system and rebooted. So far so good. Then I recreated the home user folder and copied the data back as it was before.

Fortunately for me I had the "Time Shift" directory on a separate partition, and three most recent image snapshots were in tact. So I installed "Time Shift" and it was able to restore my OS from the most recent image snapshot. The machine automatically restarted after the Time Shift completed it's thing. Unfortunately the machine didn't boot up to the Ubuntu OS. I just got the "Dell" logo.

Next I booted from a USB Linux Mint live OS. I thought I would need to use "grsync" to copy the user file in the home directory. First, I repeated the same steps I used to move the "Home Directory" to the storage drive (found here) the first time I did that. Then I checked the fstab file. I found the UUID number was not where the new root operating system was, so I replaced the UUID number with the UUID number where the new root OS folder (and saved the file). Then I restarted the machine. The machine booted and my old desktop was there. WOO! HOO! 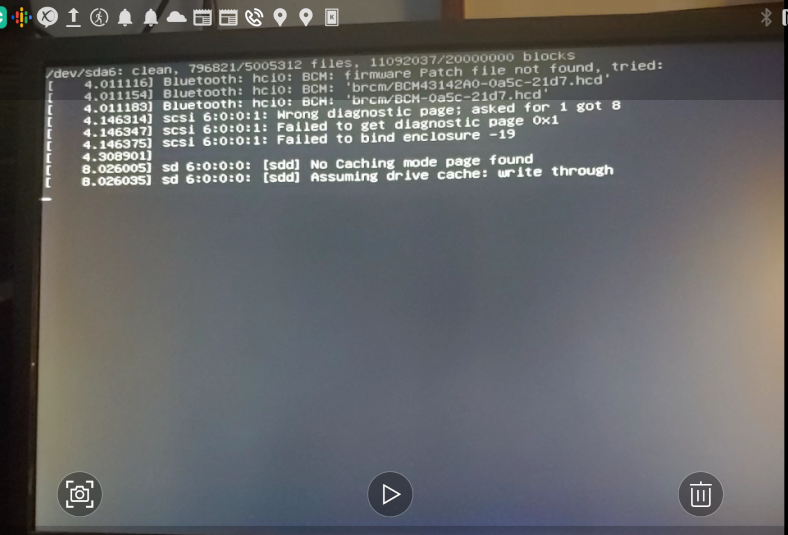 then the machine booted normally into the Ubuntu OS.

Now a couple of programs need to be reinstalled (notepaddQQ and TradingView don't open). Also, the "settings menu" would not open. I was able to reinstall the notepaddQQ, tradingview, and restore the settings menu. Other than that, I am quite pleased I got my machine back!

I hope this helps someone.

94
"Welcome to emergency mode!" Think it is a fsck problem

0
Dual Boot - Windows does not show
0
Intel RAID5 array Shows < 50% space
0
Not able to mount some partitions but can mount vfat
2
Can someone help me understand what I'm looking at and how and what I should use to expand my storage for my Ubuntu OS on my dual boot laptop
1
Reverting to MBR partition
0
How to remount a RAID 0 after a fresh install?