I have made a fresh Ubuntu GNOME 16.04.1 install through USB and there were no problems during the first boot. Booting my OS a second time throws me immediately to tty1. Here is what I have tried:

Are there any défaux with init scripts ? I have updated my packages.

EDIT 1: Issuing sudo service gdm restart reactivates the graphical tty7 and solves the problem. However, I have to enter it every time at boot. My guess is that there are some components related to GDM initialization that load after GDM or something similar.

EDIT 2: After being dropped to tty1, my "num-lock" flickers very rapidly for about 20 seconds. If I typed my user name and password during this period, I am logged in into the Graphical interface as normal. If not, then I have to manually restart GDM. What is worth noting though, is that every time I change "Automatic Login" to ON, I find it OFF after the next boot.

Note: I have my / encrypted. My "/boot" resides on a separate partition

My most accurate guess is that this happens because I have encrypted my home directory (in addition to the disk encryption) during installation: 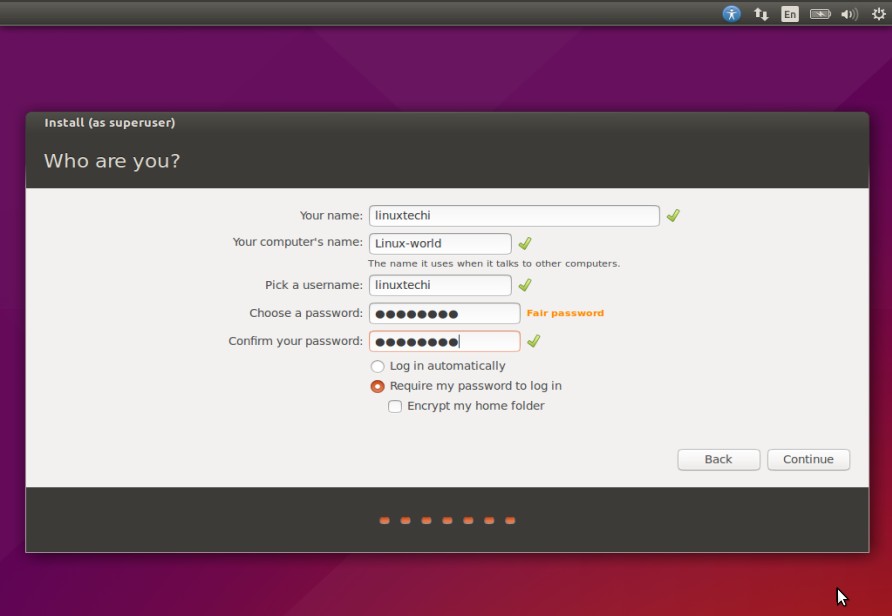 Not the answer you're looking for? Browse other questions tagged 16.04 gnome encryption gdm cryptsetup or ask your own question.

6
How to set up two Gnome sessions to start automatically
1
Black screen on boot. FailsafeX: "Screen not found"
3
X keeps restarting without getting to login screen
4
Starting gdm (manually or during boot) doesn't do anything
0
yoga 2 pro won't boot after update to ubuntu 15.10/ GDM
9
Boot Failed: Failed to start Remount Root and Kernel File Systems
1
gdm3 on Ubuntu-GNOME 16.04 loads a blank login screen
4
How to restart GDM3 with autologin on 18.04 and 19.04