I'm trying to install Ubuntu to my Dell XPS. I have an existing Windows 10 install on it, which I'd prefer not to loose. I have an empty partition of about 400 Gb. However, Grub keeps failing to install. Also, the bootloader is appearantly broken now, as I can't boot from the hard disk at all at the moment.

The error message I get now is: 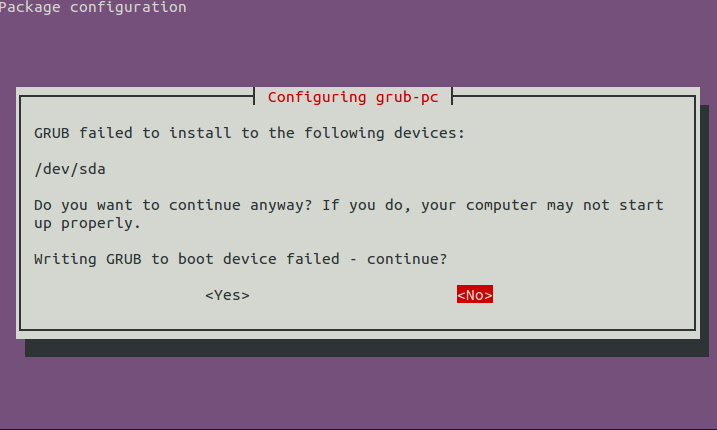 Also, on the command line I saw these messages:

so now you need to:

This what happens if you install Linux along with the Windows 10.

Even if you manage to fix the issue now I guarantee that you will get the problem again when Windows does the infamous auto-update. That's because Windows will take over the bootloader at the time and will make your Ubuntu invisible to you.

The best suggestion I have is to use the Windows Repair Disk to bring back the windows master boot loader and then make Windows to load the Ubuntu and not the other way around.

You need to restore MBR, so it boots into Windows again, not Linux, THEN add Linux.