I have a huge font collection and would like to be able to view them in an efficient manner rather than opening a file one by one.

What would be the best font viewer aside from fontypython, which unfortunately has a Mojibake bug on fonts with multibyte characters.

I use Font Manager 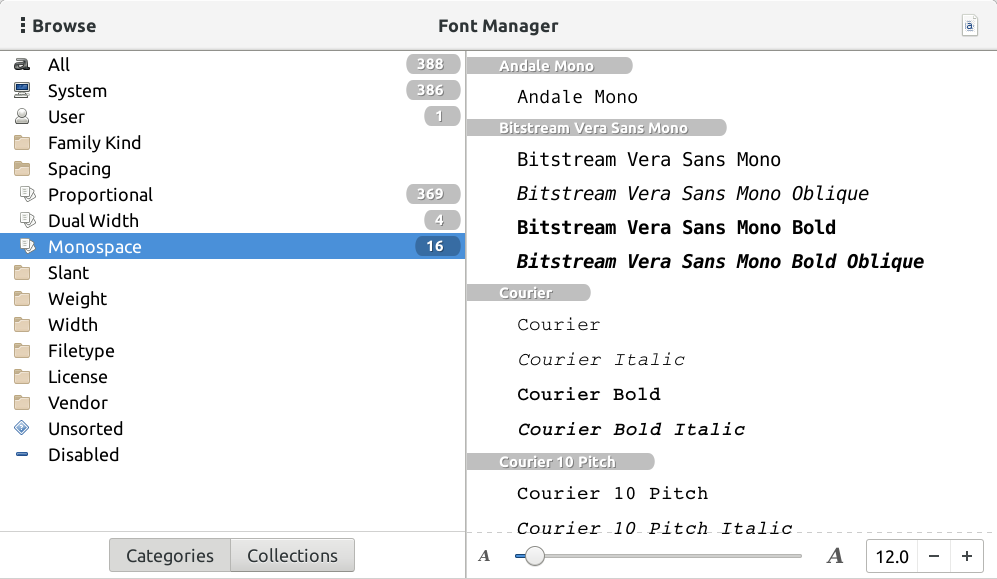 I use character maps heavily and decided to make one which you access from anywhere using a web interface and requires no installation. 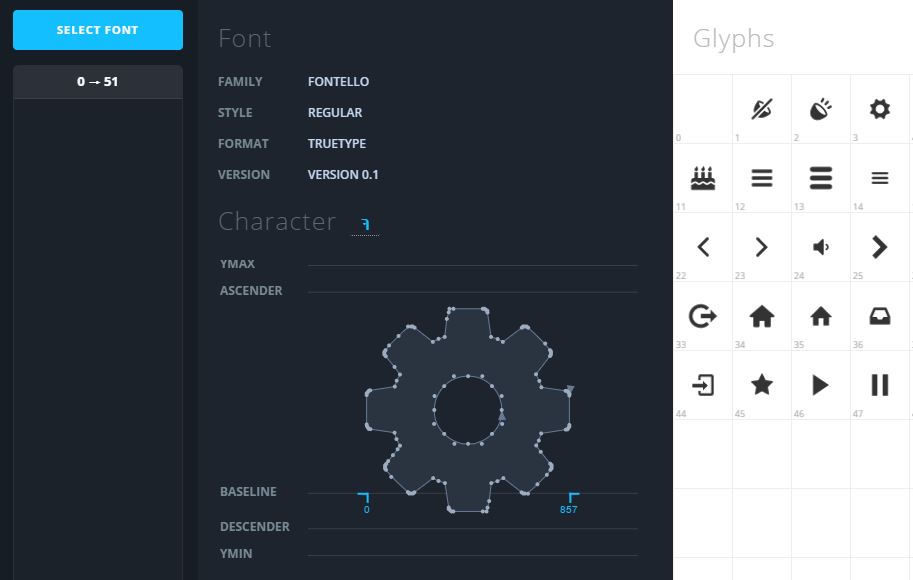 Web browsers are good at this. Sample script whose output can be saved as a simple HTML page and viewed in a local browser:

The script takes an optional first argument, the fc-list pattern to filter on. For example passing :spacing=100 as the argument generates an HTML page of all installed monospace fonts, or pass nothing and see all fonts.

There's always Fontmatrix (Github). It has a slightly different feature-set to fontypython but I like it.

To install it from the repos, run: 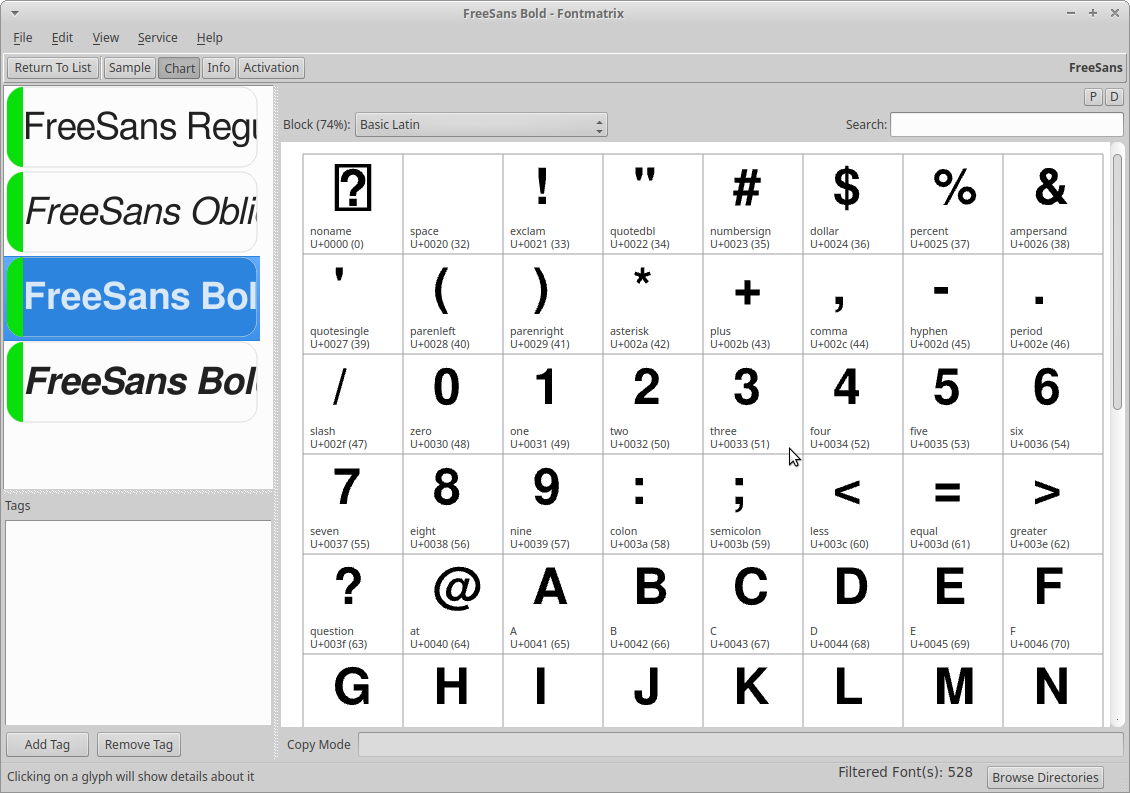 Regular Ubuntu (and variants) repositories include (at least with current LTS release 20.04) programs font-viewer and gnome-font-viewers.

Both can be installed using regular package tools, including apt install as root, and called from your file manager through usual mechanisms, to preview font files from any directory.

They can also be called from command-line:

Incidentally, I happen to have encountered some fonts (partial encoding of a subset of a character set, extracted from a PDF file) that display well in font-viewer and show all characters substituted in gnome-font-viewer (and same for the PDF file in most PDF viewers).

Save this text in a file named "fontpreview.sh":

Then run in the command-line:

This will create a file called fonts.html which you can open in a browser.

If you use Ubuntu (or likewise OS), you can use the Ubuntu in-built files viewer, you just have to change the view (click the view icon just to the right of the search magnifying glass until you see the fonts). To confirm further, you can just double click a font and see a quick overview. This is great if you want to quickly weed out various odd-char fonts for example.

Screenshot: showing 1) the output of the directory view, 2) the button to click to change to the right view, 3) An example of a clicked font

13
No box characters after changing the default Grub font
10
How to prevent “automatic” bold version of a font to be wider than regular having the same pt size?
2
Install fonts temporarily
4
How can I display Font Awesome fonts in Character Map?
3
Change font and cursor size with custom Xsession
4
All fonts on Xubuntu are now boxes. Everything is illegible. Help
3
Arial font with Ghostview
2
How can I make all fonts show a sample string for comparison?
0
Determine which fallback font is used by LibreOffice (for Garamond)