I've recently installed new distribution (ubuntu 16.04, before it was ubuntu 14.04). Before installation I've copied my data on external hdd. When I was trying to copy it back, I was not able to access it. It seems that the file system (ext4) is damaged. I was able to see it with fdisk -l commnad but not to mount it. I've created mounting point in /media named external

I was also trying to boot the computer on live ubuntu 14.04, the system which was installed when I was copying the data on the external disc, but it didn't help.

Gparted shows unknown file system and under the details there is following: 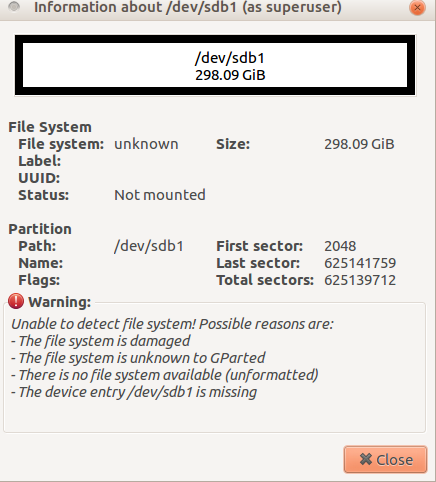 I've run testdisk. I'm not sure if I've done it correctly (for exemple I don't know if I should choose no partitionned or there was one partition on my disc. I've choose the default options, i.e. partitioned, type - Linux. The result of deep search was"

Since it seems the filesystem is damaged I wanted to run fsck. I've run sudo fsck -r /dev/sdb1 and I got this:

Since I don't understand really what I am doing, I typed no, I don't want to mess it up more and loose my data defenitly. The output was:

UPDATE 2: Following @heynnema's advice I've managed to recover something but I still don't know exactly what. All the files and directories are in one directory lost+found with wired names (starting by # and after different numbers). Some of files has name of a file that I had in my computer but the name doesn't match with the content. To open the folder lost+found I have to use sudo and I'm not able to copy it:

The .odt file after opening it looks like this: 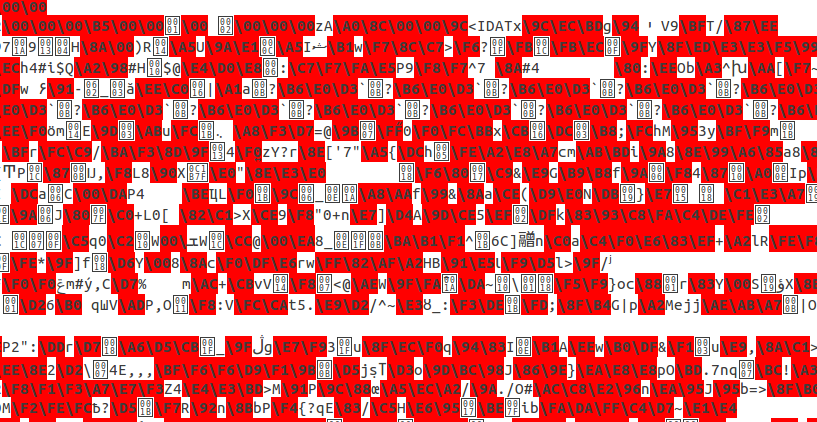 It was loading very long and finally I got the message that it contains some invalid characters. While I was trying to change the encoding, the file closed due to some error.

After an extended conversation in the comments and in chat... and just to close this question... here's what we did...

20
Recover from a corrupted filesystem when fsck do not help
0
HDD data recovery from a formatted ext4 into fat32
0
ext4 Filesystem Corrupt - Bad Drive. Fsck Failing. How to Recover?
0
fsck results in a lost+found file that causes fsck to fail and cannot be removed
1
Superblock invalid, disk in use
1
Ext 3 or 2 file system recovery: Bad superblock with no working backup superblocks. What else can I try?