What program to use when you want to create a persistent storage live usb IN Ubuntu?

What program to use inside ubuntu to create ubuntu persistent storage usb? Edit: It is a PERSISTENT STORAGE. How do I make a bootable Ubuntu USB? is not the answer, actually I tried Startup disk creator and it didn't show the persistent mode with the slider.

NOTE: With the release of Ubuntu 20.04 Python 2 has been deprecated and Live USB will not work with 20.04 due to missing dependencies. It will still work with 18.04 LTS.

The Startup Disk Creator which is also known as usb-creator-gtk has had the ability of persistent and erase removed from the application, thus in my opinion making it worse then it ever has been. I wrote an answer earlier about it here. Also, just using the usb-creator-gtk with Ubuntu 16.04 as well as dd cause the USB drive to be formatted with a 512byte instead of 2048 as it is listed causing issues with GParted and other applications from seeing the drive properly. Unetbootin in my recent tests would not make the 16.04 USB bootable, especially if the drive was formatted as ext4.

I have found Live-USB-Install works very well and seems really stable. We will create an Ubuntu 16.04.1 LiveUSB with persistence. 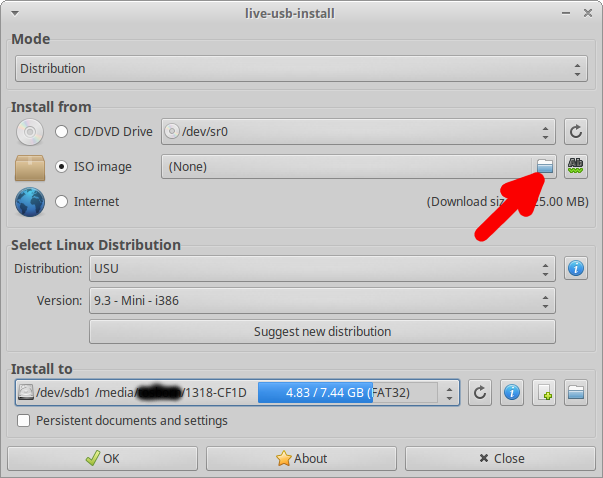 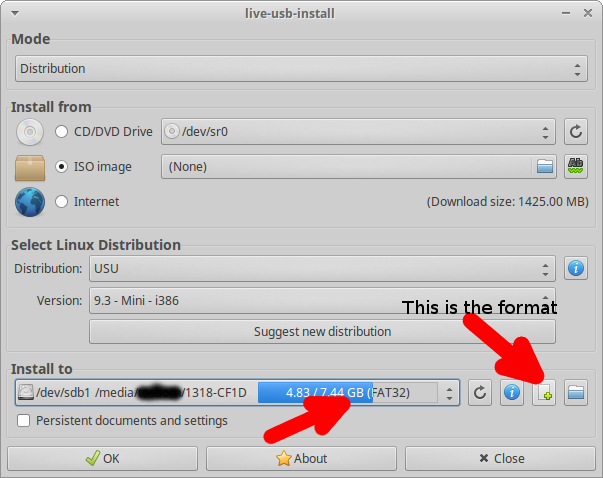 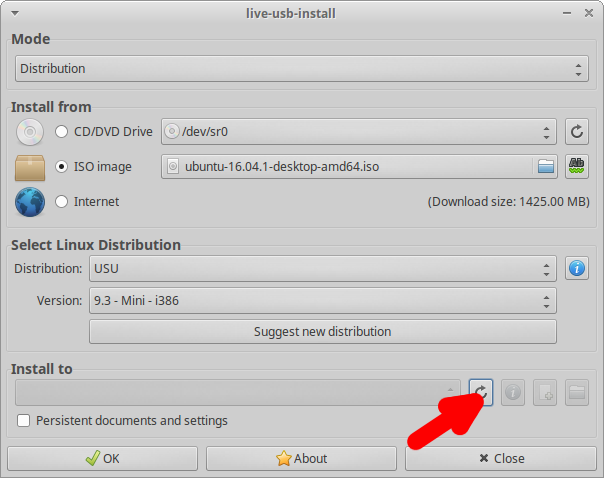 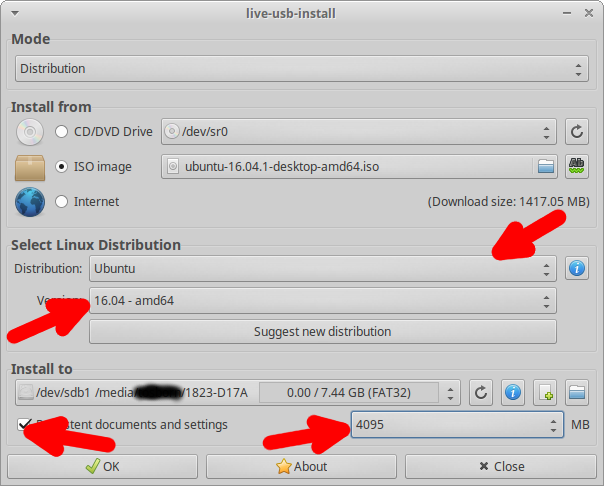 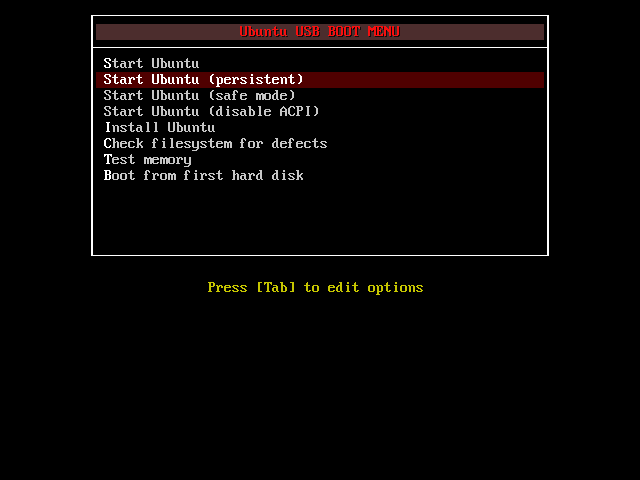 You should now be able to install applications into the LiveUSB and still be there on a reboot. Enjoy!

Then it seemed to load the persistent OK. I didn't get the full chance to test it out though.

After the installation, Mkusb can be found under System Tools on Ubuntu Mate 16.04, but it may install elsewhere on other distributions. In regular Ubuntu, with Unity search for it in the dash, with Gnome search for it via Activities. When you've found it, start the software.

The following picture illustrates the dialogue to create a persistent live drive. 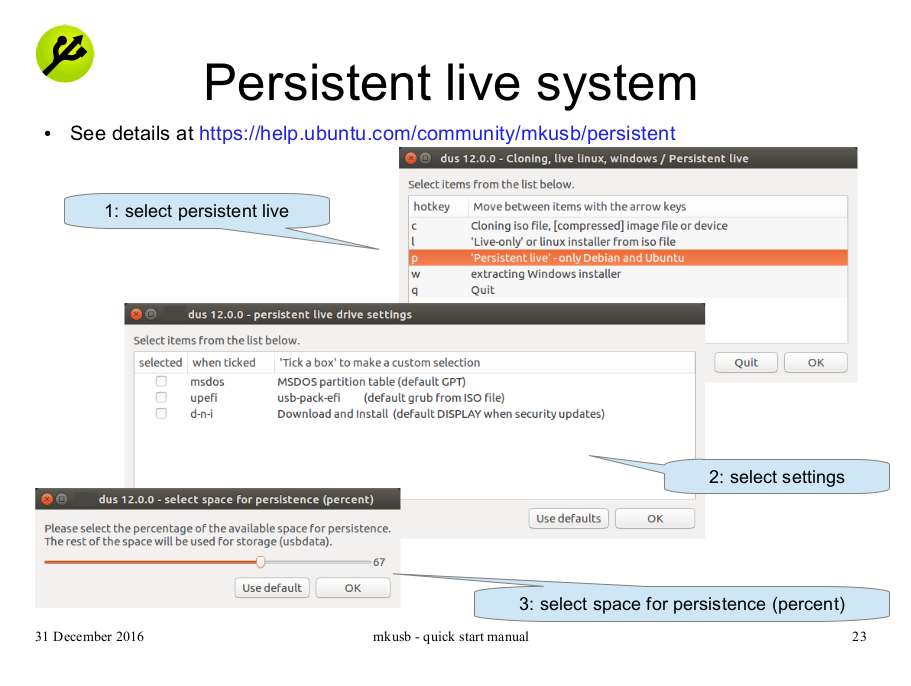 Choose the target, which is the drive letter for your USB drive.

Be sure to back up your USB first, if you have any data on it, that you haven't backed up already. Mkusb will format, wipe or overwrite the drive completely.

In old versions of mkusb, if you see Live only selected, instead of Persistent live, double-click on the option line to get the latter option.

In the later stages of the process, you'll be prompted to tell Mkusb how much percentage of the storage you want to use for persistency. If you type in less than 100%, Mkusb will format the remaining space as an NTFS partition, named usbdata, for which you can store data. That partition will be visible and usable, in Linux and Windows, alike.

Mkusb is not hard to use, but you need to be extremely careful to choose the right source, and target for your live Ubuntu. If you choose the wrong target, you might wreck your hard drive, potentially the one with Windows on it, if you have a dual-boot system.

More information on Mkusb can be found on the Ubuntu help page, from where I got the above picture. The quick start manual has very good and clear instructions. Good luck with the process. 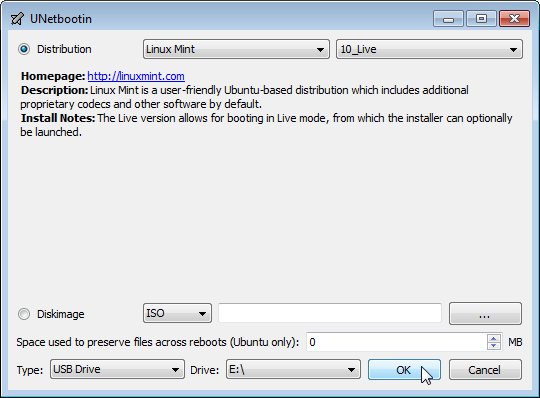 In the bottom of the picture it says: "space used to preserve files across reboot (Ubuntu only)" you can see the number of Gb you want there.

41
How do I make a bootable Ubuntu USB?
15
Where is the persistent option for Startup Disk Creator in 16.04?
4
alternative to unetbootin for memtest86+ image
2
Can I create a persistent live USB of Ubuntu?
1
Can I write to a live USB stick?
0
No idea how to install newer version of Ubuntu