wine: Depends wine1.6 or wine1.8 but it is not going to be installed, you have held broken packages [duplicate]

I want to install wine on Ubuntu 16.04, but I am getting errors:

I followed the answers to Unable to correct problems, you have held broken packages and ran the following command.

But there was no output.

After that I also tried dpkg --get-selections to see all the packages. There were some with "deinstall" so I ran the following:

But these packages cannot be uninstalled. I have also tried answers given to How do I resolve unmet dependencies after adding a PPA? and this one but it has not resolved anything.

I have also tried using Aptitude, but the problem is still the same.

I also tried with Synaptic package manager. it is also unable to resolve the dependencies. 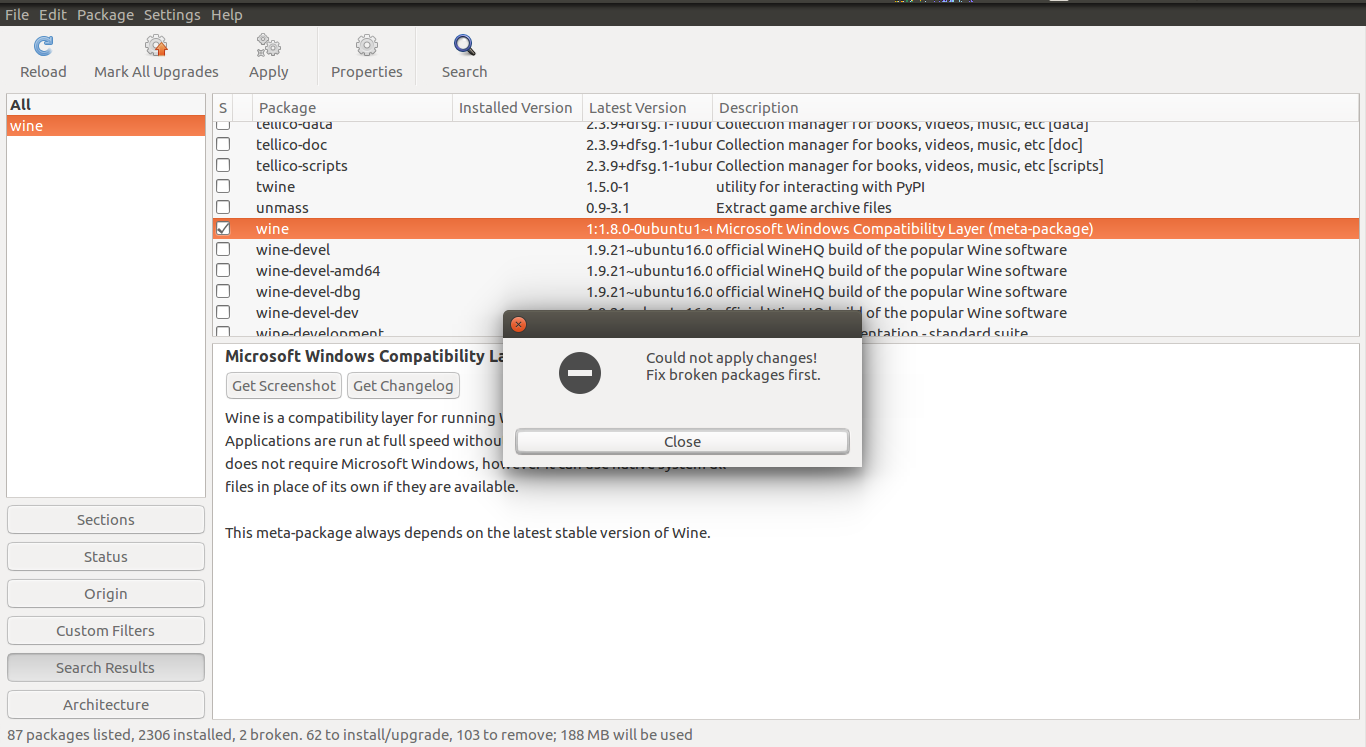 I have also tried the following commands:

But none of them fixed it.

What else can I try?

I am using Ubuntu 16.04 LTS (64-bit) and encountered the same error, "E: Unable to correct problems, you have held broken packages." while trying to install mysql-workbench.

I solved the problem by doing the following:

Hope it works for you.

Make sure that you have the universe repository enabled. Ubuntu software -> Downloadable from the internet check first four and close.

type the following command in terminal:

and then try to install

Not the answer you're looking for? Browse other questions tagged apt package-management dpkg dependencies or ask your own question.

3
davfs2 : Depends: libneon27 but it is not going to be installed