How do I run a custom animated bootscreen?

I want to create a new splash theme for Ubuntu 11.10 using a volcano theme, so when it boots the volcano erupts with lava (same for shutdown). Now I have my image (png) but obviously it does not animate. I looked at the solar plymouth theme and I was thinking since the animation is there I can check it but no luck.

Is there a tool or a script I need to use to animate my volcano? 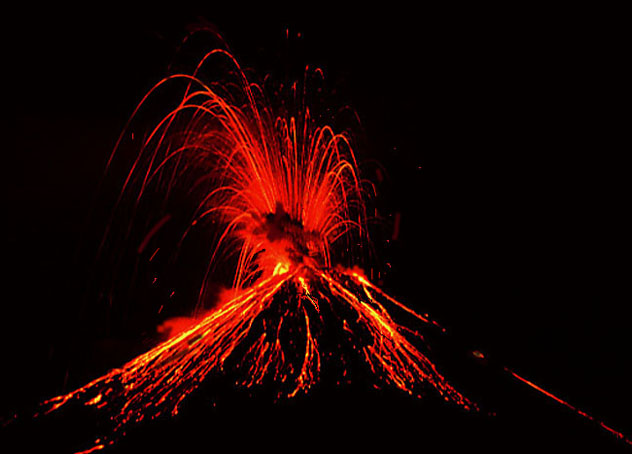 I've already got the animated image, I'm just wondering how I can make it run at startup.

I Found what I need:

Look at these videos:

It loads the files:

To create the animation.

Hi I took a bit of a simplistic approach when they plymouth was not animated in xubuntu 11.04

First, I found out what file was doing the file calling:

I found it using catfish and searching for plymouth I copied the image I wanted to change to the same folder and tried out two things that worked out:

What I was about to do for this animated one was option b but for all the different pngs that are in the folder. For something simple like a slight modification from the original it should be easy. But your volcano might be a bit more complicated but easy to try out: and low risk since you are not modifying a script.

I used inkscape to see how each part would look and hid the different png layers.

I guess it goes without saying that the easiest way to do this is to run sudo inkscape in the file:///lib/plymouth/themes/xubuntu-logo/ folder, backup the images and modify them keeping the same name the images .

The easiest way to install themes for plymouth through a graphical user interface is by using Zorin Splash Screen Manager. If you make your own theme, you can easily install it and switch between it and other themes using Zorin. To find many pre-made plymouth themes, see www.gnome-look.org and look under the "splash screens" category. You can also look for other themes through google. See fossfreedom's link for how to make themes. You can download Zorin at this link: http://gnome-look.org/content/show.php/Splash+Screen+Manager?content=134231

Not the answer you're looking for? Browse other questions tagged 11.10 themes plymouth or ask your own question.

3
Change the default Plymouth Spinner in 20.04
2
How to make an animated plymouth theme and apply it?

69
How do I change the plymouth bootscreen?
2
Theme integration not working for various apps (Xubuntu)
1
Why does Windows 7 overall performance is better than Ubuntu 11.10?
0
Ugly Boot Screen after upgrading to 12.10
5
Can a GIF be used as the Ubuntu Splash Screen instead of the boring purple one?
2
Ubuntu 16.04 Plymouth doesn't show splash screen at startup!
0
Show different Plymouth screen on boot vs. shutdown
2
Overcoming black text and blank screens between plymouth and gdm-login boot stages
1
Problem updating plymouth bootscreen theme