I am using meld to visualise a diff between two files. meld shows the diff output in... something like Japanese or Chinese?

Any idea what could happen? A locale issue? What is strange is that when using diff or colordiff in terminal, they work perfectly! 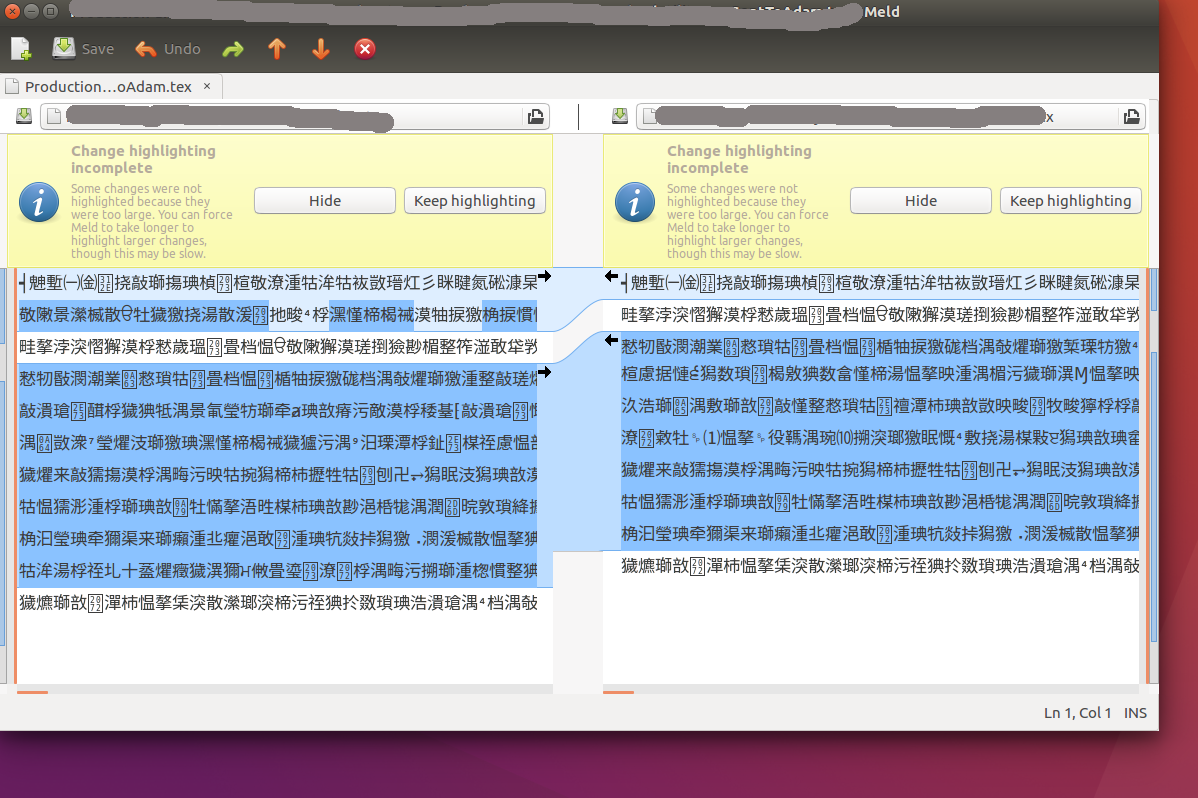 In my case this is due to meld's "detect-encodings" settings.

Only utf8 is detected.

To workaround this issue add 'latin1' or whatever encoding your file has:

Short extension to the last answer:

executing it in a terminal in Ubuntu 16.04

Try checking your terminal where you are running meld by typing "locale". and you should get something like this:

Then type " file " for each of your files and make sure they match your terminal.

On a side note I have been having a number of encoding issues between UTF-8 and ISO that really should never happen in 16.04.

What worked for me was running iconv on each file:

Not the answer you're looking for? Browse other questions tagged diff or ask your own question.

6
How to diff two folders to multiple patch files
64
Does "diff" exist for images?
1
What is the difference between echoing strings to a file and pasting to it?
15
Difference of two big files