I can't find gnome-system-tools in gconf-editor

Having no sudo permission is not the reason of daniel's failure to add System Tools to Applications menu. He couldn't add it because he tried to add an empty category. System Tools is a category or a sub-menu, if we add an application which will fall under any category, that category is automatically created. On the other hand, if there's nothing under it, we can't create the category; when we try, the tick disappears in some seconds. If we clear all elements under a category, category is cleared automaticaly.

daniel tried to add that category by selecting Applications from the left pane and ticking the System Tools from the right pane. Like this: 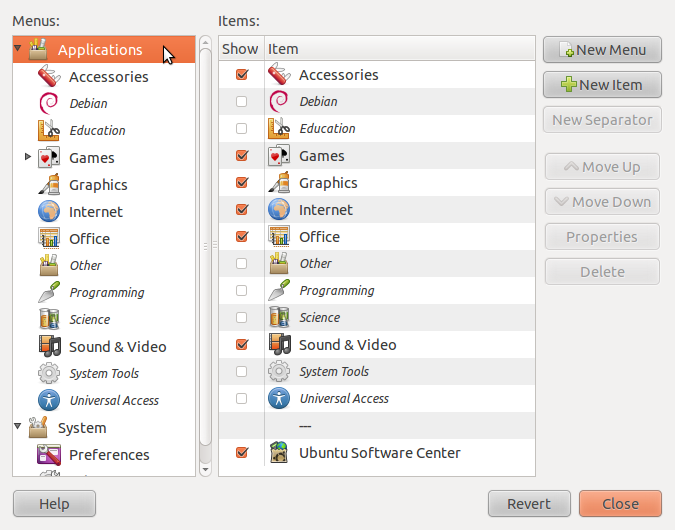 Instead, he should select System Tools from the left pane -which is already visible there- and he should tick Configuration Editor from the right pane. Like this: 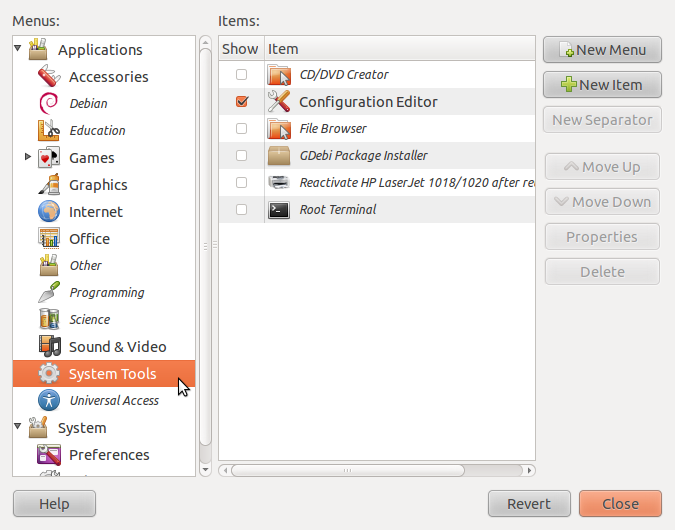 When he is done, in his Applications menu, System Tools category/sub-menu should appear with Configuration Editor in it. Like this: 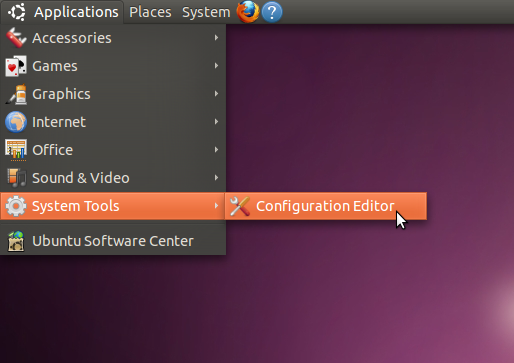 There's no need to be a sudoer to do this because the tool we are adding can be used by any user to arrange his/her own preferences.

But will this tool, Configuration Editor, help daniel to solve his problem? In my opinion, it won't, because this is the same of what he calls gconf-editor. Either via Alt+F2 or via Terminal, gconf-editor command will open that application and it sounds that daniel already can reach that application but he can't find gnome-system-tools in it. He wants to find the gnome-system-tools there in order to reach users section of it.

In my Configuration Editor, which can be accessed by comand line as well, I can't see something as gnome-system-tools, too. neither can I find users section. Maybe its somewhere there hidden under some category or it isn't there anymore. (GNOME setting managers have evolved a lot, recently; the sites daniel told about might be a old) lets refer to GNOME System Tools' official documentation: What are the GNOME System Tools? There, among others, we see a screenshot of the tool to manage users and groups: 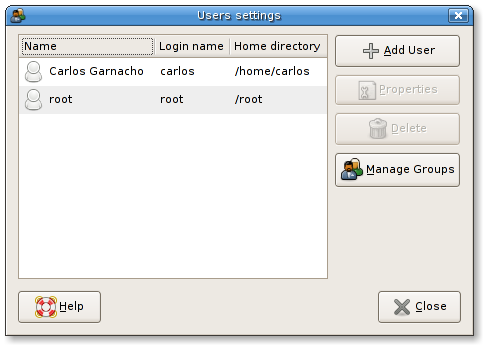 And this is the tool that we know as Users and Groups.(Yes interface is slightly changed, but this is it.) It can be reached via System->Administration. So, there's no need to struggle to reach it from inside other tools. Its there. But as Bobby who commented on the question, I couldn't get well what "fix show all users" means.

There was never a sufficient answer. I ended up doing this through command-line even though tutorials showed it possible through the GUI. Most of this is moot nowadays as a result of all the GUI updates in the past couple of releases.