Is there anyway to permanently set some kind of rule to launch Android Studio as sudo, each and every time it is launched? I have been trying but I have not been able to set a "flag" to force it to launch under Sudo.

Any help is greatly appreciated! Thank You!

EDIT: I got it working. Both the answers worked, and I ran both of them to make sure I was not making any kind of mistake! Thank you!

While I wouldn't recommend running the IDE as the root user, you could create (or modify) the .desktop file for the app and create a custom launcher script that uses sudo.

For example, I have $HOME/.local/share/applications/jetbrains-studio.desktop with the following content:

You can modify the Exec line so that it points to a script of your own making, say, Exec="/home/<yourname>/.studio-launcher.bash"

With the .desktop file under the directory mentioned above, you should also get the app to show up in the launcher, as shown in the example below, which is of my laptop using gnome-shell. 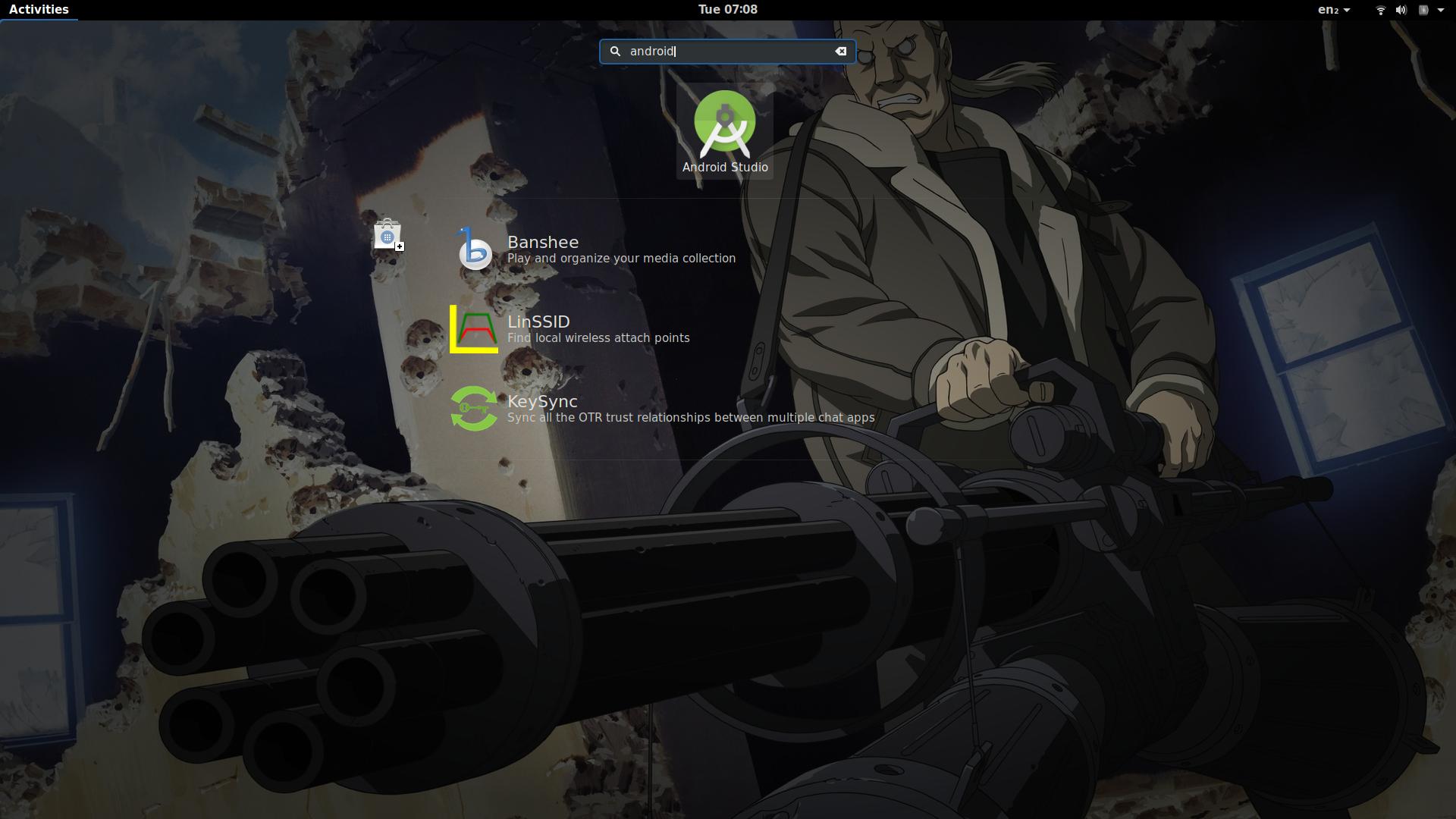 This is a better long-term solution because:

Use the alias command.

You can do it simply and totally from GUI:

Not the answer you're looking for? Browse other questions tagged android root or ask your own question.

19
14.04 Cannot create/delete/manipulate files on my Android device via USB
1
In Ubuntu 14.04 eclipse luna, eclipse juno and android studio is crashing every time?
0
Android Studio AVD's Not launching HELP
2
Android Studio IDE and tools do not launch after install