How can ubiquity be forced not to install grub?

I'm going to install ubuntu on sda4; currently my boot process is controlled by systemd-boot which is installed in archlinux via bootctl software. It's fine and I'd like to keep it.

By installing Ubuntu it will try to install grub on sda or sdaX. Look at the dropdown menu at this screenshot: 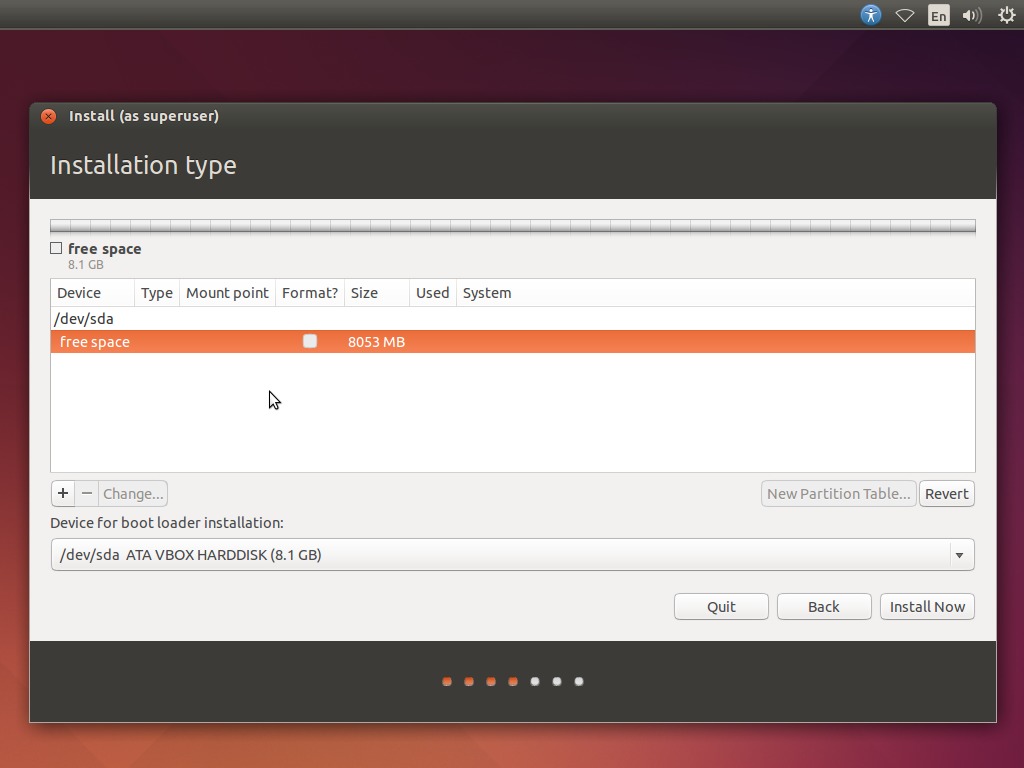 I want to install Ubuntu on sda4 without dealing with grub. Then I will point to Ubuntu vmlinuz file and initrd file by creating a new entry file in archlinux under systemd-boot configuration system.

Just installed 16.10 by directly booting ISO on sda with grub's loopmount. Once in installer went into terminal and used above command. Something Else install seemed normal. Did not notice until I had clicked thru, but pretty sure combo box for where to install grub was missing. And during install process it normally says installing grub, but that never showed.

Normally an install to sdb or any second install overwrite my /EFI/ubuntu folder with my main install's boot. This time I was able to just boot back into my main install

And running sudo update-grub still found the new install even though grub "not installed". Noted no grub.cfg in /boot/grub either.

I don't know of a method to prevent the installing of Grub. But you can avoid having /dev/sda and other partitions of your /dev/sda drive touched with Grub.

Insert a second USB into the computer. Select it as the Boot Device during the Installation. Now install Ubuntu on your /dev/sda4. The install process will not touch your boot sectors of /dev/sda or any other partition, except for the /dev/sda4.

I know on Linux Mint 18.3 Cinnamon, which is based on Ubuntu 16.04, the following command works:

This apparently is an alias for the option -b and is known to work on Linux Mint 18.3 Cinnamon.

I have not verified that the --no-bootloader tag works on ubiquity in vanilla Ubuntu 16.04 (and later versions). Perhaps someone running Ubuntu 16.04 (or whatever version) can check and comment here with their version number and whether the command ubiquity --no-bootloader command works? If it works, after authenticating using the GUI authenticator, Ubiquity will load. If it doesn't work, after authenticating using the GUI authenticator, you will kick back to the terminal and an error message will print saying ubiquity: error: no such option: [...]. 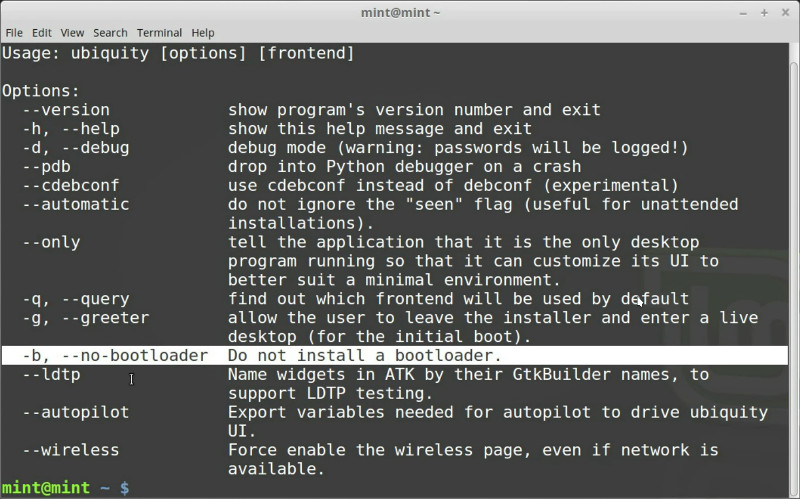 You can't force not to install the boot loader, by default.

While @oldfred had mentioned there is -b option for ubiquity, albeit undocumented, this isn't obvious and may be scary for most end users to use it. Although, similar option had existed before.

There used to be

In the past, Ubuntu had an advanced option that allows user to customize boot loader installation. Between Ubuntu LTS releases, the advanced option was last seen in Lucid Lynx (10.04) release. The option had been removed since then, for any reason that I didn't follow up. 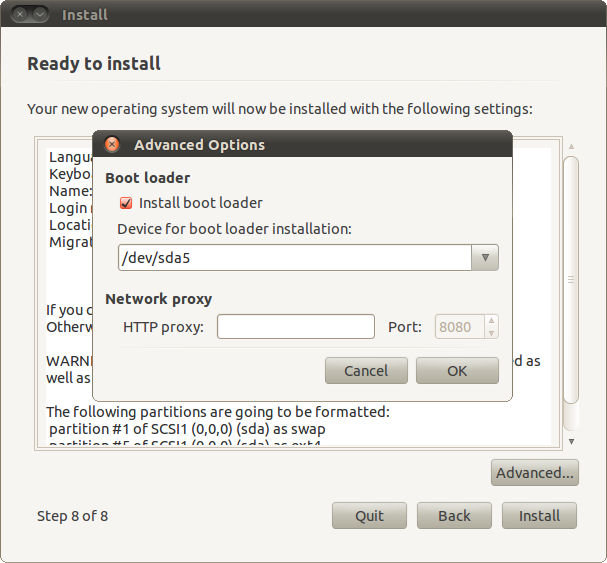 By doing so, user will have:

Unless there is any critical reason for not dealing with boot loader at all, I don't see any side effect of installing subsequent boot loaders to respective partitions.

Personally, I have multiple distro (mostly Ubuntu flavours and similar derivatives) installed on the same machine, with first boot loader at /dev/sda and other boot loaders on respective partitions. The only caveat is, boot loader must be updated from the first installed operating system.

Besides the caveat, with least hassle, one can always forget about new boot loaders and let the existing boot loader manage the detection.

Related: I had written this older answer that explains a dual boot setup, mentioning os-prober and workaround by chainloading to the partition.

Not the answer you're looking for? Browse other questions tagged grub2 system-installation ubiquity or ask your own question.

288
How to use manual partitioning during installation?
14
How can I know from which partition I had booted?
5
Can I install another linux os without bootloader?
3
Dual boot Ubuntu 16.04 and Debian 8.4
1
Installing Ubuntu without Grub 'ubiquity --no -bootloader'
0
run 2 ubuntu releases from 1 harddisk

9
Install GRUB to Ubuntu Partition
1
How can i safely remove extra GRUB installs?
1
Where to install GRUB with two distros on same hard drive?
25
`install-grub` claims that I have multiple partiton labels and that embedding is impossible
16
Ubuntu full disk encryption with encrypted /boot
3
Ubiquity mounts wrong ESP during install
0
Ubuntu 20.04 LTS not install GRUB... not recognizes Windows 7 in Dual Boot