I've got Gnome 3.20 running with the "Workspace Grid" extension. Everything works well, except when pressing ctrl + alt + [arrow] to navigate my workspaces, the resulting overaly doesn't actually show what's on the workspace. If I go into the Activities are, the workspace thumbnails are displayed as they should be.

Here's what the overlay looks like currently (notice that the overaly is totally blank in each box): 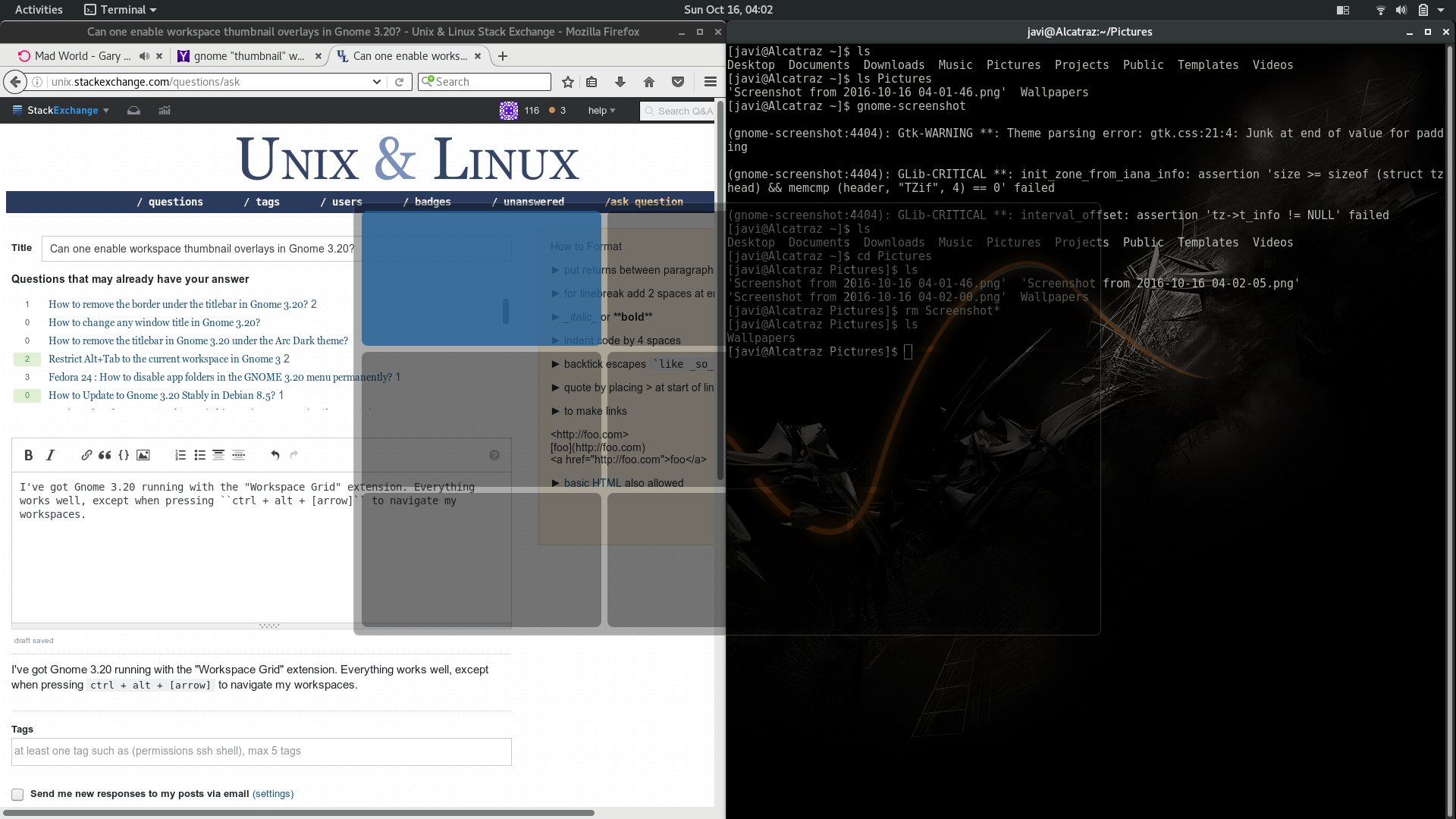 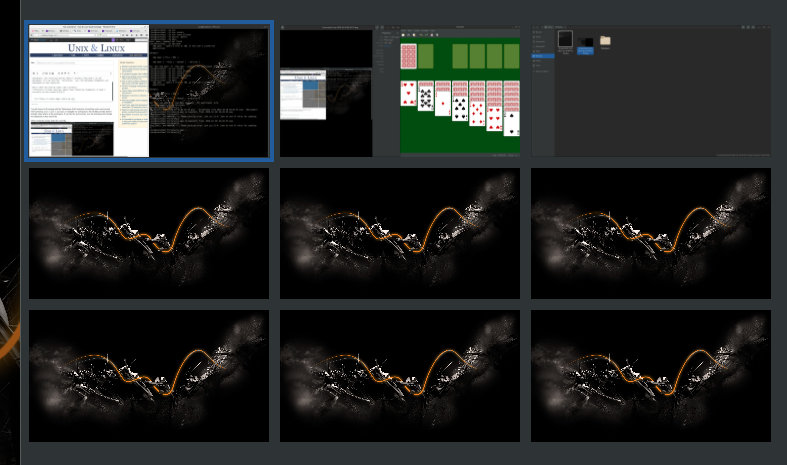 I currently use the "Workspace Grid" plugin, also.

If one hasn't noticed, the said issue has been unsolved for the past two years to this answered date, according to this issue #4 on GitHub. The description is also very much alike:

If one tries to switch workspaces using the Gnome "hot corner" then one can see all workspaces with all the windows respectively opened in them. I would like a similar display here, while switching workspaces, rather than just a grid of boxes [...]

The current maintainer, zakkak, seems to be aware of this issue from before and even quoted another project that had similar feature.

This one seems more related to what we want to achieve.

The implementation however, seems to be incomplete:

I have tried implementing it but I don't know how to make it centre aligned. Anyone who wants to try and fix/improve it can find the code in https://github.com/zakkak/workspace-grid-gnome-shell-extension/tree/thumbnails. It currently displays both the switcher and the thumbnails for testing purposes.

Several contributors had tried testing the implementation and latest attempt to this date was recorded in early-2016, which noted the limitation in this issue #23.

Note that this is using the 'thumbnails' branch.

Note that this answer:

Disclaimer I do not use GNOME and not involved with the project.

TL;DR Try out the 'thumbnails' branch, if you haven't. Review the code and suggest improvements at the project repository on GitHub.

Not the answer you're looking for? Browse other questions tagged gnome workspaces workspace-switcher or ask your own question.

3
Can I get the workspace popup to come up before I move to another workspace?
8
Get Unity-like workspace management in Ubuntu Artful 17.10
1
Gnome extension says to change Meta.keybindings_set_custom_handler. What is this, and how do I change it
37
Can I have rectangular grid workspace in Ubuntu 18.04?
2
Workspace Grid extension : how can I rename or remove the workspaces names?