Ubuntu 16.04 freezes on login screen, no keyboard or mouse working

I have recently (today) updated it(not upgraded), and afterwards it asked for a reboot, so I did that. However, after reboot it showed the login screen and mentioned connection established (for internet through Ethernet), and login password cursor was blinking during that time but after that even the cursor stopped blinking and accepting no response from keyboard or mouse. Only one option is to force shutdown. I have no idea what part of the update resulted in this.

Everything was working fine before the update. Once the Ethernet icon announcing connection has been established goes away, it takes away the blinking of the cursor, then keyboard and mouse simply won't work. I even tried connecting keyboard on other slots, but no success. Can I uninstall the last update?

I heard a sound from the processor when login screen comes and in between the cursor also blinks, but once this sound is over then the blinking freezes and you have to forcibly shutdown, as this is an institute computer (I took the admin privilege, headache). Now I am really worried about it. How to fix it? 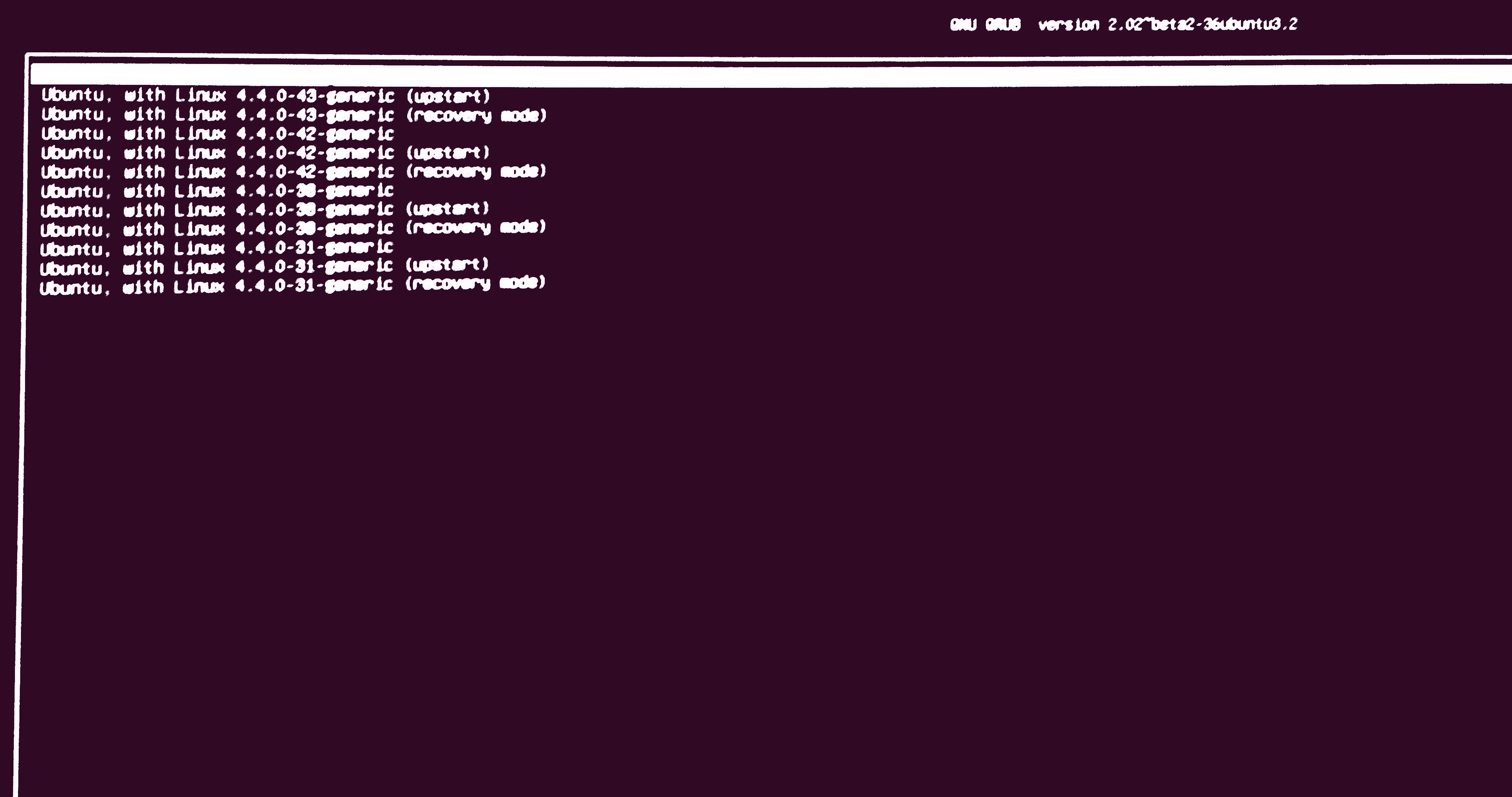 I have no idea how to go about it after that. It is saying Secure boot forbids loading module, while loading Ubuntu I did secure boot by entering a password for that.

I faced the same issue on my personal computer. It seems to come from packages of kernel 4.4.0-43 that have been released without other needed ones. See https://bugs.launchpad.net/ubuntu/+source/linux/+bug/1633267/comments/17

Holding the shift key right after starting the machine should display the grub menu. Then you should be able to choose an old kernel in "advanced options".

If you manage to start your machine this way, you're lucky : you only need to upgrade to get the missing packages :

If you can't boot the machine at all

In this case, I managed to solve it by running the upgrade from a live-USB key, through chroot :

If your system disk is not encrypted

If your system disk is encrypted

In this case, you first need to mount it with the same name as in your /etc/crypttab (in my case it was sda3_crypt : find yours in the first column of /etc/crypttab, on the line of your system disk) :

I explained the complete story (in French) on my blog : https://blog.mossroy.fr/2016/10/14/ubuntu-bloque-a-la-saisie-du-mot-de-passe-de-dechiffrement-luks-a-cause-dun-kernel-4-4-0-43-incomplet/

Not a solution, but a quick fix:

I experienced the exact same thing from the update today.

My workaround is to boot the previous kernel, as described in this post from a year ago.

Access the GRUB menu by pressing shift after turning your computer on, select Advanced Options for Ubuntu and go down to the older kernel in the list (not recovery).

I experienced this issue upgrading from Xenial to Zesty. I tried the other solutions, but they didn't work for me.

Instead, when I reached the GRUB menu, I entered a recovery kernel. From there, I dropped to a root terminal, and run an apt update/upgrade, followed by the recovery system's "fix broken packages" option.

That seems to have fixed it for me. I think that, for some reason, the display server failed to finish updating, and so it was left in this half-broken state.