MTP Connection: Unable to mount Samsung Android error many times in a minute!

I use Ubuntu 16.04 LTS on my PC and I'm trying to connect my Samsung S6 device to this Ubuntu with USB on MTP Connection. I always get this popping up:

I can't even copy even an audio track. I'm developing Android apps and need to test on my device but I cannot get full connection between adb and my phone. I see my device name on the list but the same message pops up every 30 seconds. 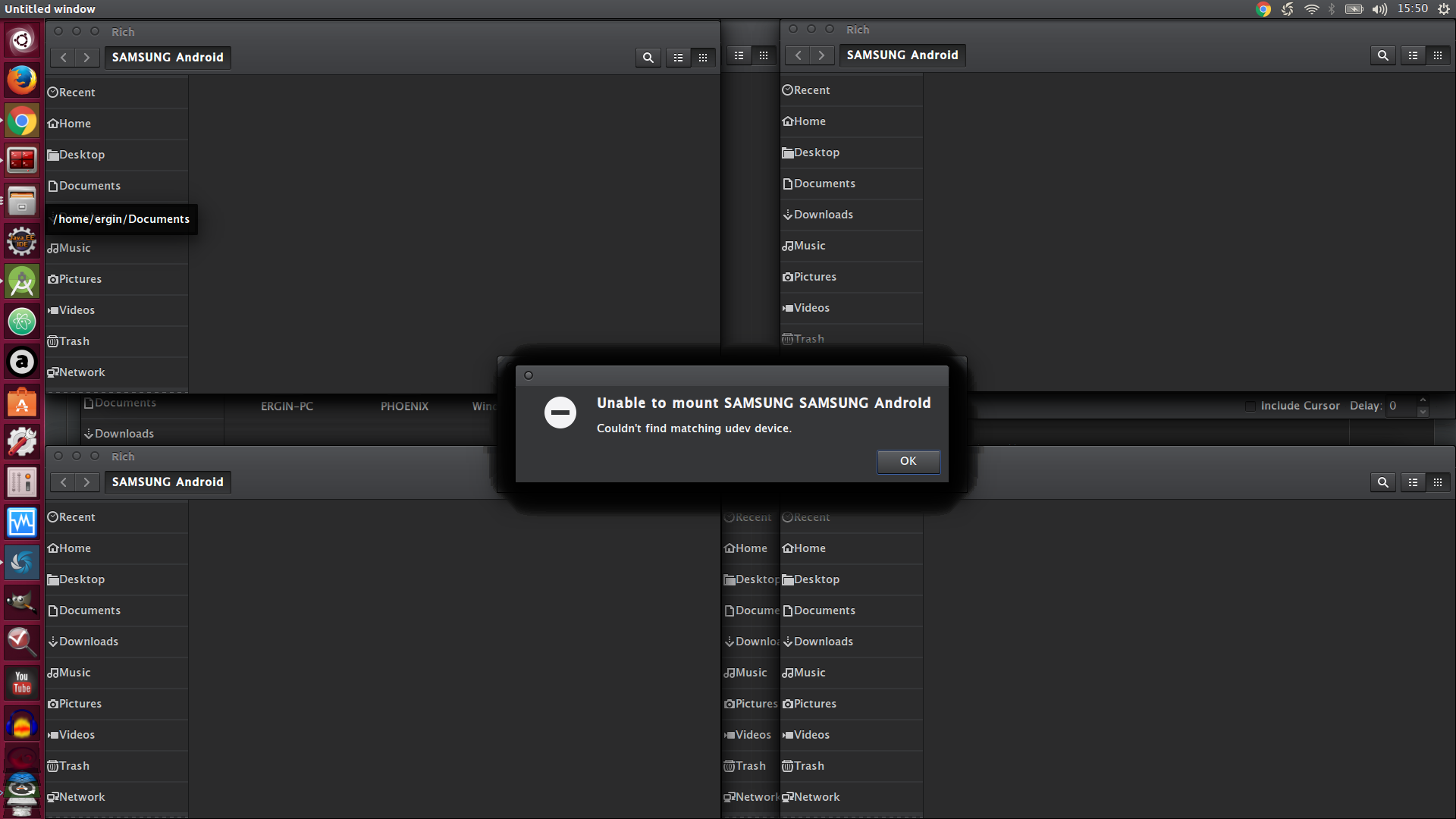 I just took a screenshot. The shadows mean there are many instances of the same dialog under that! And it already opened many empty folders as you can see. This happened in just 1 or 2 mins.

What I have tried

My Galaxy S4 will do the same thing on a 3.0 USB port. Try using a 2.0 USB port if you have one. You might also try a different USB cord. It shouldn’t make a difference, but it does. I got mine to work with a 3.0 port by swapping out cords until I found one that did the job.

Thanks to this Stack Overflow answer!

I was having similar problems - the phone would charge, but the computer (ubuntu 16.04) wasn't "seeing" it, i.e. it wasn't mounting.

For me, it didn't have anything to do with USB 2.0 or 3.0 or any of the MTP libraries. It was simply the USB cable. I've tested a bunch of different micro USB cables and have observed that with the cables that work, the pins inside the micro USB part are closer to the front than on cables that don't work.

Somebody broke VLC around Ubuntu 18.04. Fingers pointing at the other guys.

I don't have a direct solution but I do have a workaround that works every time.

Install the Disk Mount applet. This is a built-in widget that simply has to be activated. This applet displays on the top bar (Ubuntu mate 18.04 and beyond) the drives that are present and if a drive is clicked on, offers basic partition data.

Plug in your phone. Two icons will appear. One will do nothing. The other allows one to to do various things including "mount" Choose mount. In a few seconds, the phone will be mounted and a file manager window will appear.

Proceed as if an automatic file manager window had opened when the phone is plugged into the USB port.

Note: Be SURE to un-mount the drive before disconnecting the phone. Failing to do so leads to erratic behavior and generally requires a reboot.

Here is an alternative that I'd been using until I discovered the above method.

This is a clunky program but it does work.

If you disabled the package with a disabler app search for MTP and enable it again. Takes a minute to turn back on, ask me how I know lol

Not the answer you're looking for? Browse other questions tagged usb android samsung mtp or ask your own question.