Why is the window description coming like this when I press Super key? 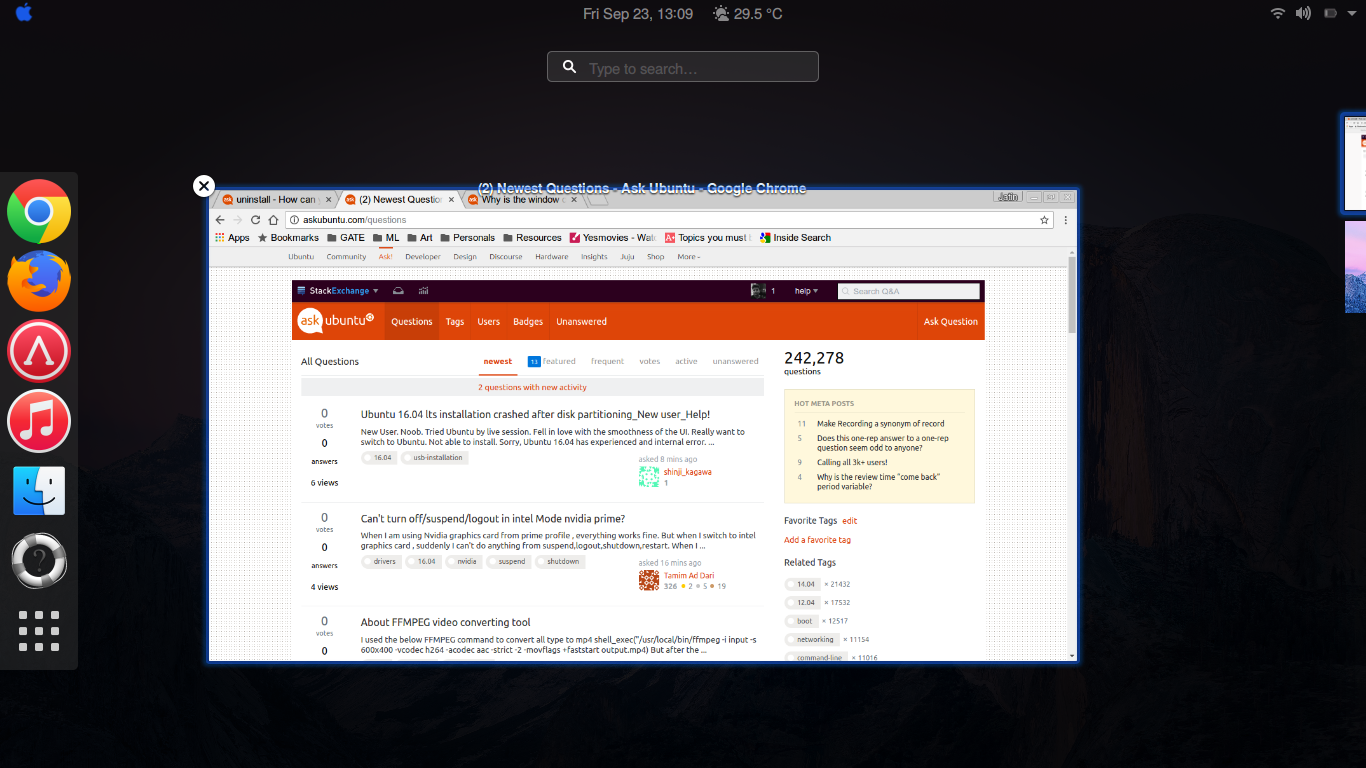 The window title should appear beneath the window, not on the top. How do I fix this ?

Many ways to customize the look/style etc...

The problem lied in an option I had activated in gnome-tweak-tool. It's in extensions and named Native Window Placement. When it was activated the behavior which has been captured in the image was shown. It is meant to arrange windows in a compact manner. When it is deactivated, the window title text takes up space and places it beneath which is the default behavior.

4
Why I Can't swap the windows on Window List at gnome panel after upgrading?
26
Gnome shell: pressing the super key does not work
3
How to interact with window behind gnome-terminal on shortcut key press?
3
Ubuntu 18.04.1 Slow when press Super key or clicking Show Applications
2
Gnome Themes: Why the color of the calendar window is not according to the theme?
1
Is there a way to search windows title when pressing super key + S?