I'm having a problem with booting a live image off of a USB Hard Drive. I used Startup Disk Creator to make an Ubuntu 11.10 live image on a partition on my external so that I can use it on various computers. I set it up with ~4GB of persistent data

So far I've tried it on two computers. One, a Dell, will boot to my external but it loads the select boot device very slowly. It hangs on a screen with an underscore for up to 5 minutes until it allows me to select which drive I want to boot from. After that, it works great.

However, on my primary computer it doesn't work at all. It's an Acer from 2009 and it won't even recognize the drive. I don't see it anywhere in BIOS or the select boot disk list. The light on the external will come on at boot just fine so I know it's powering it at this time.

Both computers worked perfectly with my 4GB flash drive that I had partitioned half and half (1st half FAT32 and second Ubuntu 11.10 live)

The problem you are facing is related to hardware, you are using a 2.5 inch external HDD enclosure that has no power source except the power provided by the USB ports.

Most modern hard disks require a certain amount of power to start spinning that sometimes the USB port is not enough to supply, what is happening in 1 computer is that the spin up is taking a long time but the drive starts on the 2nd computer the drive is not spining up fast enough so the computer does not recognize the drive.

To avoid this most drives capable of booting will have an extra power supply that you can use with your disk. Yours, as far as I can see, does not.

Booting through USB 2.0 a WEstern Digital 500 GB HDD, which is USB-powered (one cable for data and power) will fail. 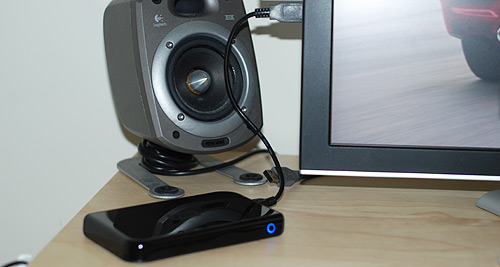 Not the answer you're looking for? Browse other questions tagged boot usb hard-drive external-hdd or ask your own question.