I recently realized strange behaviors of Konsole. It always stays in foreground and remains the focus.

The problem seems to be unique to Konsole. Other applications (I tried Kate and Xterm) do not show this behavior. The behavior of Konsole seems to be new and I cannot remember what I did before it changed. I'm on Kubuntu 16.04.

The Keep above others option is not activated: 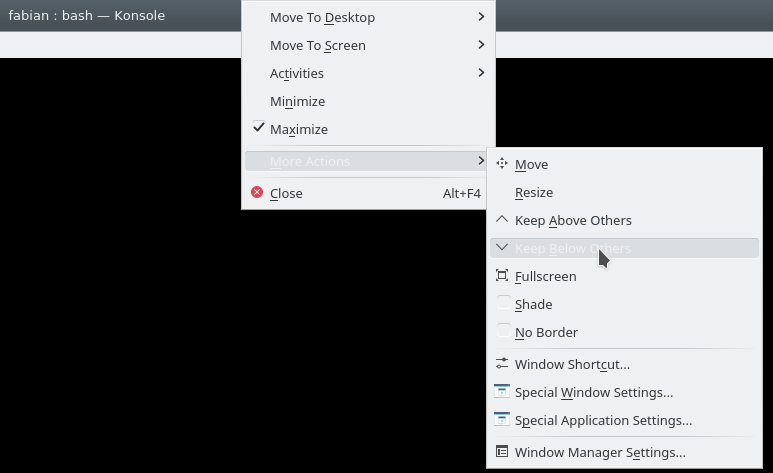 Also the Application Launcher menu appears in front of Konsole. It would appear behind Konsole if the Keep above others option would be used.

What can I do to make Konsole behave as I expect?

The image below shows dolphin, but the option is available for all windows. 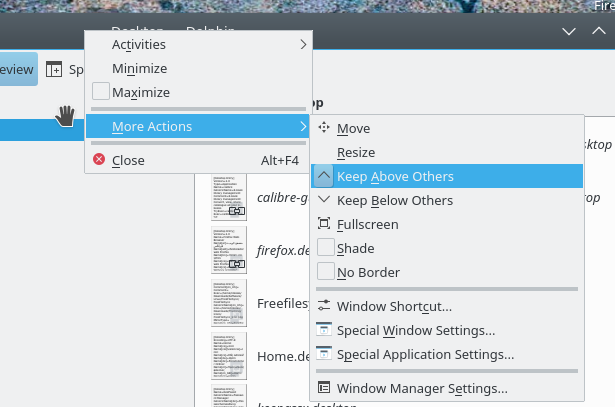 If this does not help, you could reset your kde profile by running:

Not the answer you're looking for? Browse other questions tagged 16.04 kubuntu konsole or ask your own question.

20
How do I restore my KDE desktop to default?

1
Konsole crashes right after start
10
How to stop scrolling from switching between windows in Unity?
0
Konsole terminal showing tearing when running commands
0
terminal applications start blank
1
Kate crashes if opened from Dolphin, but OK from Konsole