I am running Ubungu 16.04 on virtualbox. Till today everything worked fine. But at morning I got some news about update and I did it and had to restart the VM because the Updater wanted me to.

Since that I had several problems:

Now one problem is left:

When I open new applications, for example a Terminal, it is located on the upper left position of the Screen. But behind the Unity Menubar and the upper title bar. It is totally not easy to drag and drop it down because the Window is hidden by the titlebar.

Now after my Alt+ctrl keys are working again it is better to handle, but it is still annoying problem.

Does anybody have idea what happened during this update at morning?

Then search compizconfig-settings-manager from search panel 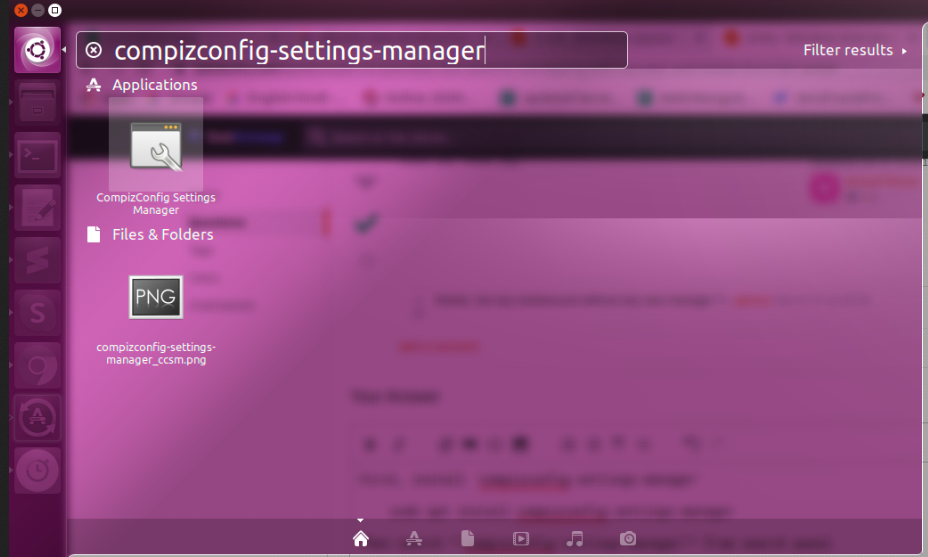 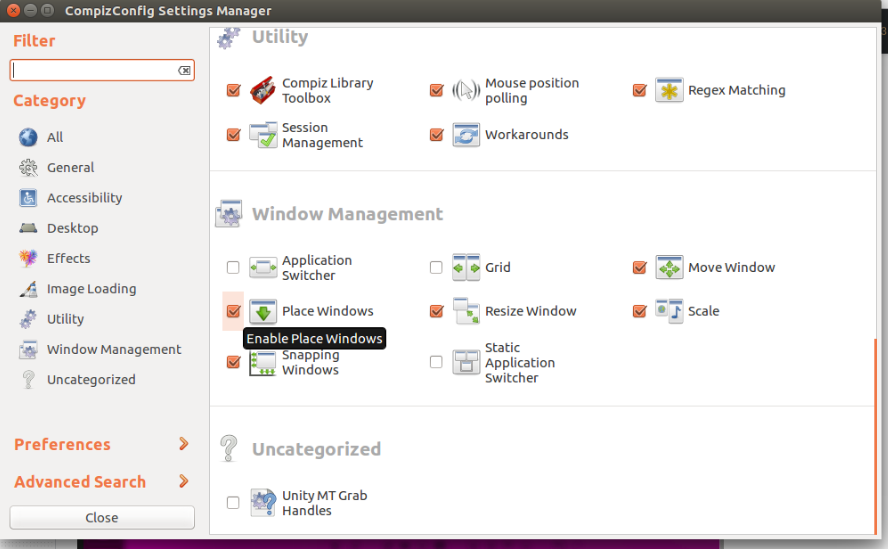 Not the answer you're looking for? Browse other questions tagged unity virtualbox compiz window or ask your own question.

2
What's they Key combination for the Compiz Grid Plug in?
0
How to select other workspaces in the workspace spread?
3
CompizConfig killed Unity, only Unity2D works now
4
Ubuntu 12.04 window management bug with Grid/Put and multiple displays
0
Diagonal switching to the top-left workspace doesn't work
2
No menu bar and unity launch after upgrading to 14.04; ccsm cannot start
1
in my Ubuntu 14.04 LTS ,when turned on the machine there is no desktop icon ,no menu bars only wall paper
3
Replacement for Compiz Config Settings Manager in Ubuntu 20.04?