In Windows, when pressing FN key on the keyboard an animated toolbar appears on the upper edge of the screen showing some functions keys that control and display state for some features, such as sound volume, WiFi settings, Brightness, etc. 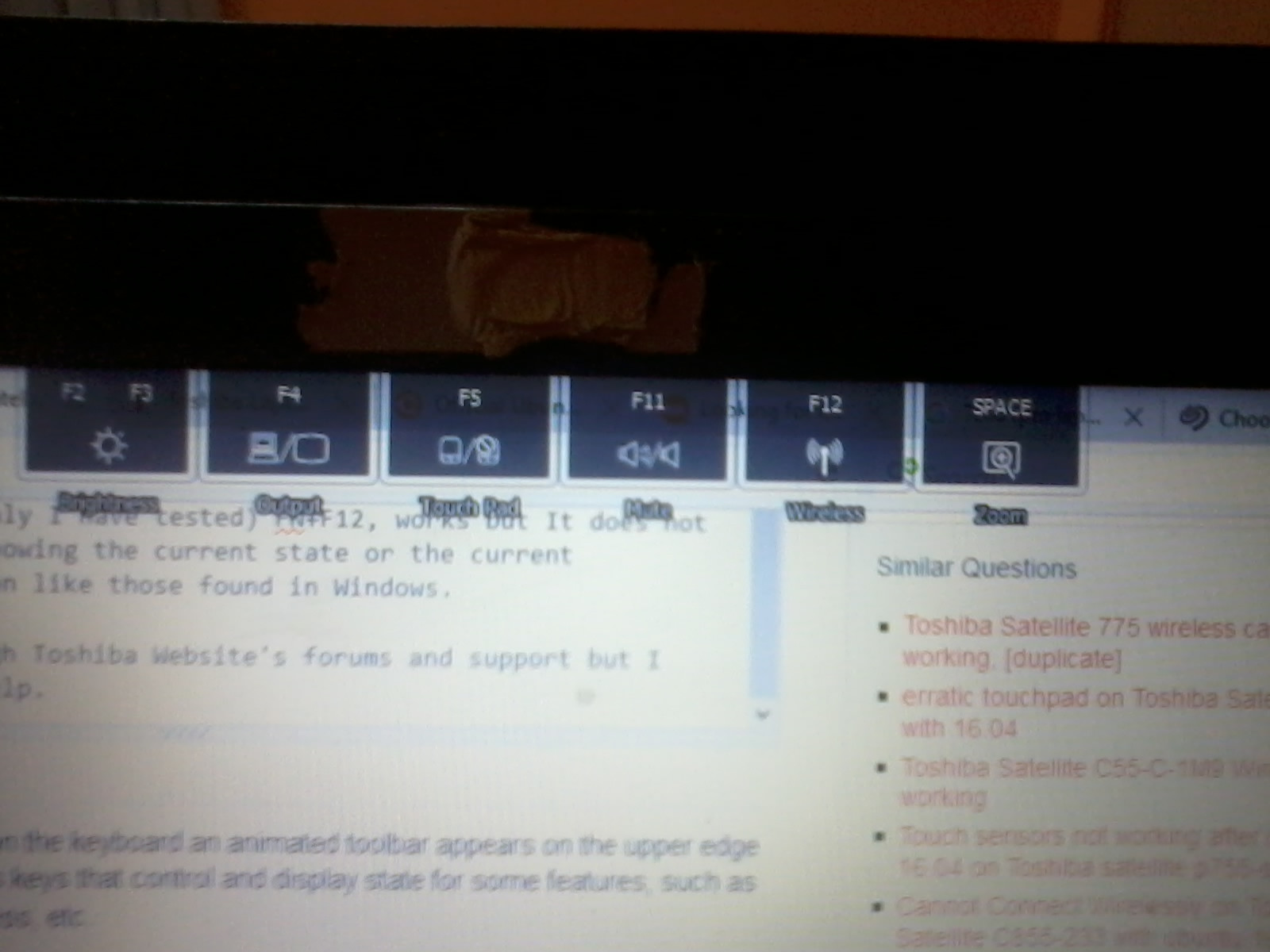 How could we make something like that to be available on Ubuntu 16.04? From live CD the WiFi (Just the only I have tested) FN+F12, works but It does not show the animated menu for knowing the current state or the current activated/deactivated function like those found in Windows.

I have tried to search through Toshiba Website's forums and support but I could not able to find any help.

I have that Windows feature with my Satellite too. My Dell has a little applet for Windows called QuickSet. Neither manufacturer made anything similar for Linux that I know of.

If you are interested you can press Ctrl+Alt+T to open a Terminal window. Then type:

By listening to these events you can trigger actions that run scripts can pop a window up on your screen or many other things. For example, I developed event -> action scripts for lid-close (to go to sleep) and lid-open (to change sound back to TV when waking up).

So to answer your question no mfg solution in Linux that I know of but, quite easy to write your nifty things in Ubuntu / Linux if you spend a little time. If you don't mind a touch of bias doing the same in Windows would be a lot more difficult.

Now that you made it this far press Ctrl+C to end the acpi_listen program and then type exit to close the Terminal.