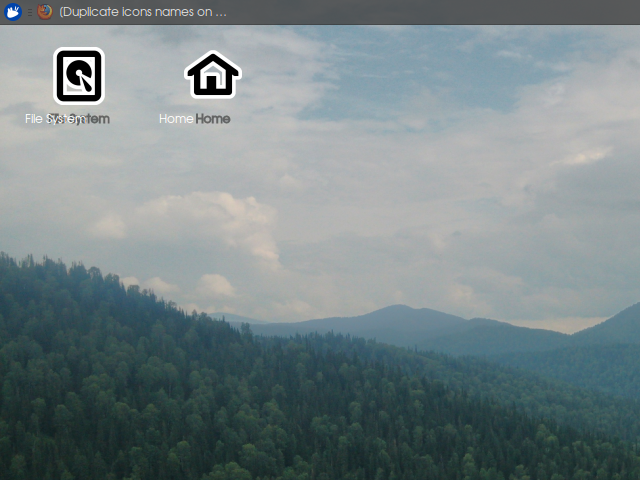 This is because of a bug in gtk2-engines-murrine. It has been reported here.

To roll back version if you don't want to upgrade this package automatically use:

There's a better answer than downgrading a package. That's usually not a good idea, especially if there are simpler, higher-level ways of fixing a problem. Stuff like this is often fixed in future versions, and holding packages back - especially lower-level core packages - often creates dependency problems and unresolvable upgrade paths for other packages randomly in the future. (Well technically not "randomly" but seemingly so to end users.) Upgrading an entire distribution is an amazing feat, and I'm amazed it works every time - because upgrading everything by hand (on roll-your-own Linux) can be a never-ending nightmare that you eventually just refuse to do any more and stay frozen in time. Don't hamstring Canonical's ongoing hard work by holding packages back, if you can avoid it!

In short, just run this one command:

Some might argue that purposely creating an "incorrect" xconf setting to fix a visual bug is also a bad idea, and can also create problems in the future. I agree. But the fact is, there's a bug. Such is life with open-source. And as usual there are lots of workarounds. For example:

If it were me (and it was me because I had this problem too), I chose #3. The potential downside is real, but trivial. So imagine in the future, the bug is fixed, and our tweak brings the original - or a worse - visual bug back, and I forgot what tweak I made that needs to be un-done. Well, so what? At that point, I still have option #1 available. (Or find and undo #3 if I were really persistent.)

Option #2, at best, would just delay the problem. Because eventually, package dependency problems will force you to investigate why you're having upgrade problems, re-discover that you held a package back (probably forgetting why by then), and release the hold. Maybe the bug is fixed by then anyway, but maybe not and you're faced with #s 1 or 3 again.

Anyway, #2 was trivially easy, a single command, no sudo, and fixed the problem immediately. I love problems in Linux that have an easily Google-discovered, well-understood fix, and that is that simple! Good luck.

Not the answer you're looking for? Browse other questions tagged xubuntu icons duplicate or ask your own question.

8
How to center text in xfce desktop?