I have tried almost all setting combinations with this Ubuntu VM via the VirtualBox configuration options where it does not give me the below:

The rainbow colored screen below keeps loading with those characters as shown in that screen shot when the VM Ubuntu desktop comes up.

I've updated VirtualBox to the latest version and I've also did the same with the Ubuntu ISO download. 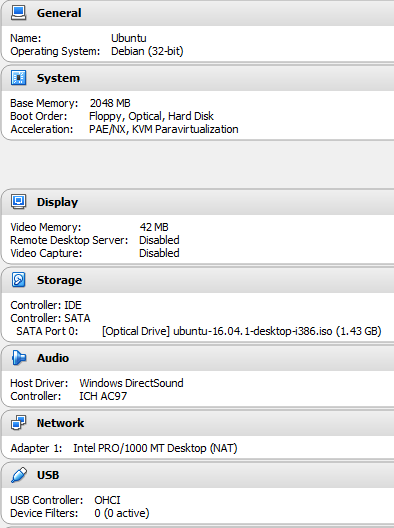 What am I missing for this should-be-easy task?

After trying different things with the Q&A method here as per the other answers and trying different variations of options for the VM configuration, etc. I decided to take a crack at googling it again and then I stumbled across this post that I figured I'd try to resolve my issue which is similar.

The keys I pressed to resolve were not exactly the same as mentioned in the post in my case for whatever reason, but this post absolutely gave me the pointer for the instruction.

When the rainbow screen shows up, I pressed Right Ctrl+F7 together and then let off which popped up the below screen with just the little blinking cursor.

At the blinking cursor screen I pressed Right Ctrl+F1 and then the option popped up to Install Ubuntu or Try Ubuntu as usual—in my case I will always Try Ubuntu and never install it so it'd be nice to have a fix to not have to press these keys per each load of the VM, but that's for a new question—I appreciate all the answers from everyone +1 for all efforts. 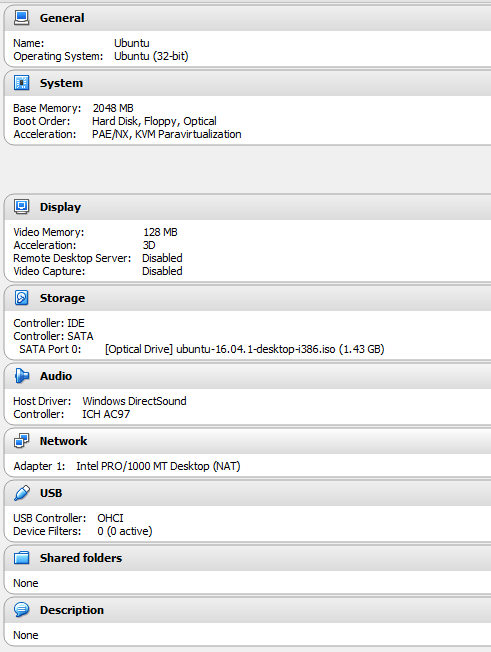 For me, I had to install Ubuntu with the Enable EFI option enabled. I didn't get the rainbow screen at startup. I did have to edit the startup.nsh file after the installation completed, but Ubuntu works great now.

You can see my settings and walkthrough here: http://www.tecklyfe.com/install-ubuntu-16-04-using-virtualbox/

Scroll down to the Troubleshoot Rainbow Startup Screen near the bottom of the article.

I've installed Ubuntu in Virtualbox no problem, so, I would recommend changing these things:

0
Installing Ubuntu on virtualbox with a windows 8 host
37
Unable to install guest additions: unknown filesystem type 'iso9660'
19
Can I install the VirtualBox Extension Pack from the Ubuntu repositories?
5
Ubuntu Crash on VirtualBox
1
Cannot install Ubuntu 16.04 Desktop on Virtualbox
3
What image should I install on VirtualBox for practising DevOps?
1
Ubuntu 20.04 on W10 PC via Oracle VirtualBox 6.1 cant use USB's of host