I know this is not the ideal order to install things, but I already had a working Kubuntu system and needed to add Windows. Once Windows was installed (took a while) I used a live Ubuntu to re-install the Grub menu. I get the menu, but when I boot to Kubuntu I get the pulsing logo for a while and then the screen below.

I tried the suggestion from this question of disabling Fast Boot in Windows, but it made no difference. I can boot into Windows with no problems.

If I hit enter I get a root prompt. I can run startx there and I get a UI minus the task bar. The error imply a graphics issue, but then graphics appear to be working. I assume Grub is not directly the issue as that can boot either system. I tried an older kernel, but that fails in the same way.

This is a home made desktop PC based on AMD A8-6500 with the built-in graphics. It has worked fine for years before this. Using 64 bit Kubuntu. 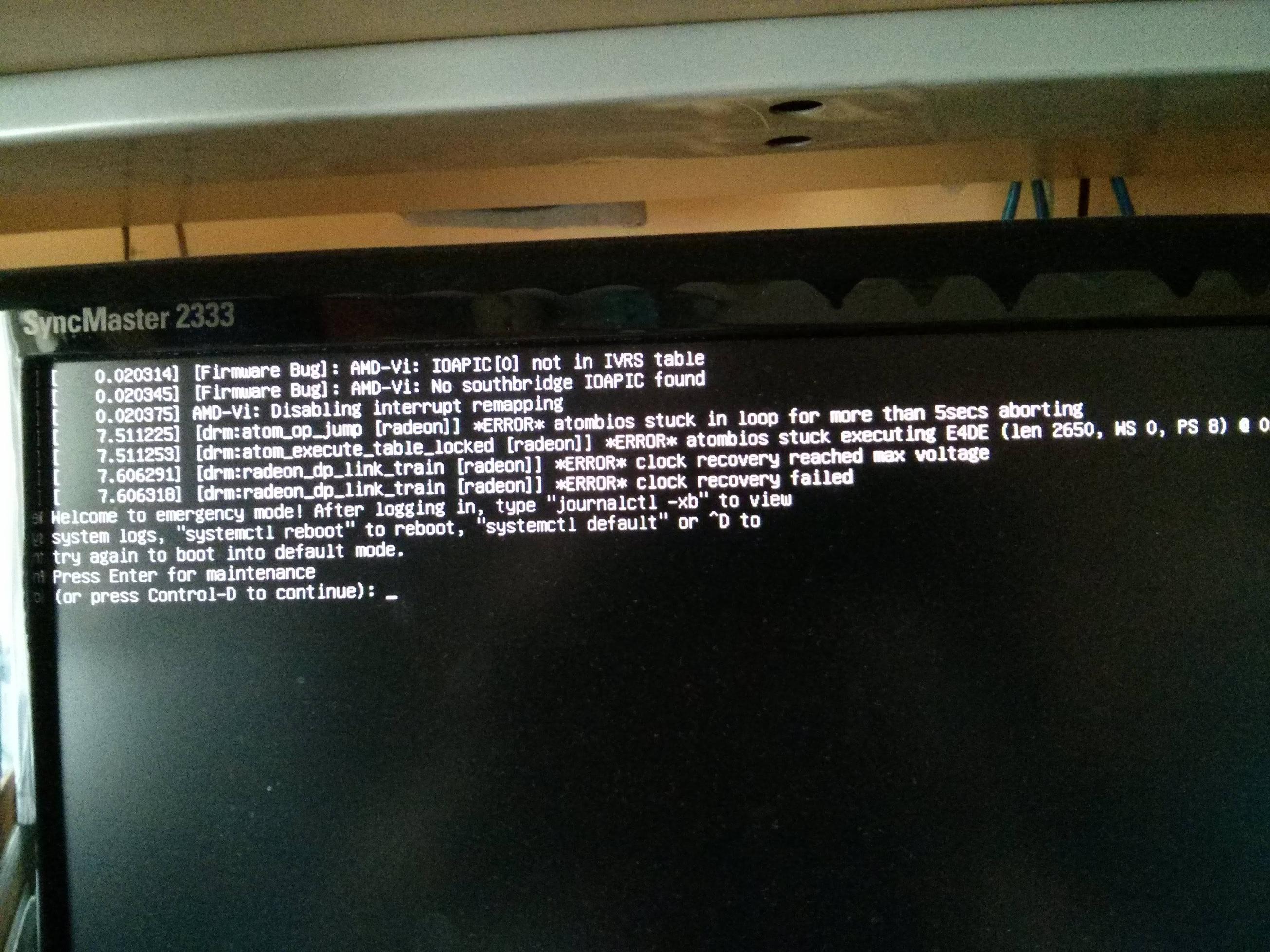 I didn't find a solution to this. I ended up doing a fresh Ubuntu install. I was able to use the existing /home, so a lot of settings were preserved

1
Ubuntu 16.04 booting to emergency mode after updating windows 8.1 to windows 10 in dual boot