I am using Atom editor on ubuntu 14.04 LTS 64 bit and I installed terminal-plus package. I can create a new terminal but I cannot write into it as you see in the screenshot below 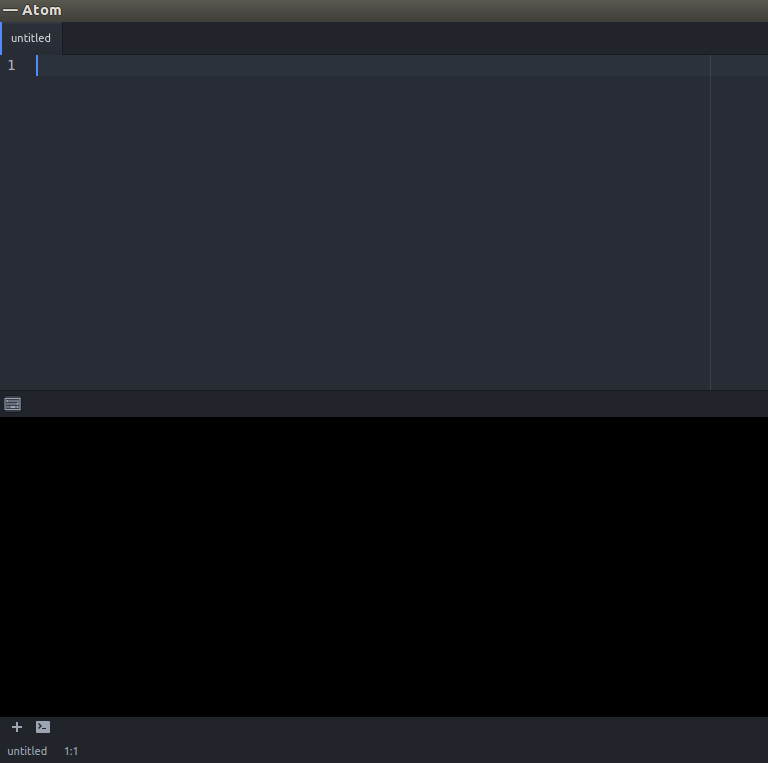 PS: I don't know if it's related to this error: Uncaught TypeError: Cannot read property 'focus' of null which I have.

The terminal-plus package is unmaintained with its last update being in November 2015. So I would like to advise that you switch to my Atom package (please note, that this package is only compatible with Linux platforms, if you want a terminal package to use on your non-Linux machines please use platformio-ide-terminal instead!), terminal-fusion. To install it merely run:

where $ denotes a user console (so do not run this command as root!). I would advise that you uninstall terminal-plus first via running:

If you would like to show your appreciation for my package, please star it with apm, by running:

or star it on GitHub by logging into GitHub and clicking "Star" at the URL https://github.com/fusion809/terminal-fusion.

EDIT: This answer is now out-of-date I'm afraid as terminal-fusion is no longer maintained so please use platformio-ide-terminal instead. To install it run:

Not the answer you're looking for? Browse other questions tagged editor atom or ask your own question.

52
How to automatically update Atom editor?
2
How to set atom editor to main editor
2
Installing Atom:::Terminal-Plus in Ubuntu 16.04
2
Problems with running atom editor via terminal
2
Setting up a local Web Server Apache + Text editor
0
How to upgrade Atom from webupd8team/atom to the offical packagecloud.io/AtomEditor/atom