Today I interrupted my Kubuntu update and now it doesn't run. I get the below error message. I need the data on this.

My system is a dual boot with Windows 7 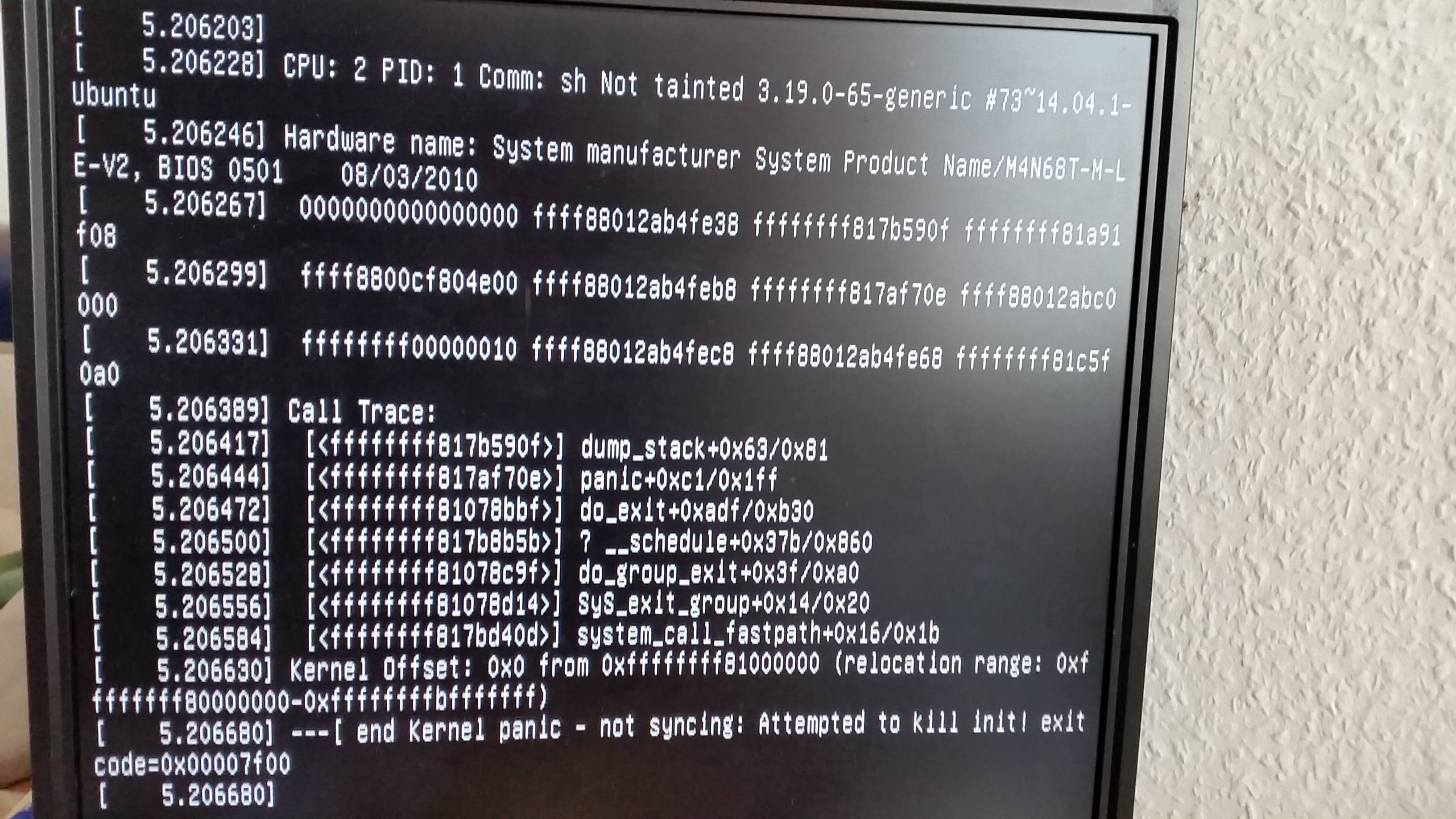 I tried Karsus' answer but I still have issues.

I managed to boot from a live USB with Kubuntu(14.04). I enter the console and gave following commands.

and then I followed your commands, beginning with

The system worked, but it doest solved my problem. It is still the same error message.

It doesnt disturbe me, if i have to set up everything, but at least i want to save all data from the partition

P.S. I can start from an older version of my kernel, but it gives me the same error message

I would do the following:

After backing up all your data you have two options:

You can also try to repair your installation from a live USB. After booting, you will need to mount the drive where Kubuntu is located. The below is written assuming it's mounted at /dev/media. If not, change the below lines appropriately.

After that, proceed as if you had booted from old kernel.

You can try to repair (assuming you managed to boot from an older kernel) with:

See here to read what these commands do.

For good measure you can also run these:

If everything worked, reboot and load the latest kernel.

If something goes wrong and assuming you want to rescue your system instead of re-installing you can then remove the offending kernel following suggestions from this answer. Reboot after removing and then run the update process normally to re-install it.

756
How do I remove old kernel versions to clean up the boot menu?
90
How can I boot with an older kernel version?
74
Creating a mount point if it does not exist
26
What is dpkg-reconfigure and how is it different from dpkg --configure?

0
Kubuntu + kdm blank desktop
2
Blackscreen with only mouse pointer after switching to Ubuntu desktop from Kubuntu on 15.04
0
dpkg interupted error when update linux kernel (ubuntu 14.04)
1
The PackageKit Deamon has crashed