Just yesterday, I installed the EmojiOne Color SVGinOT Font (fonts-emojione-svginot) for Ubuntu via the Launchpad PPA method. On the emoji demo page, all the emoji display in color on my laptop. 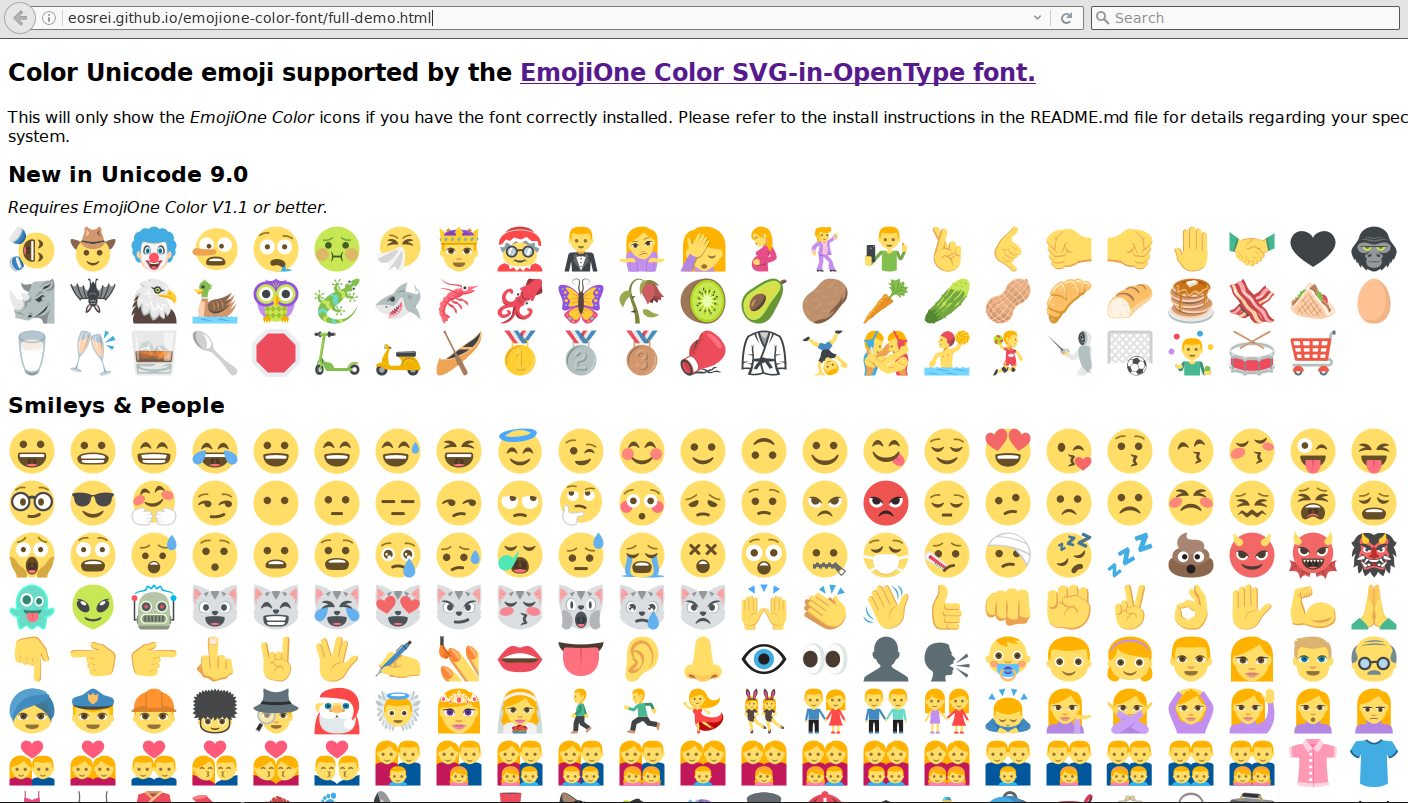 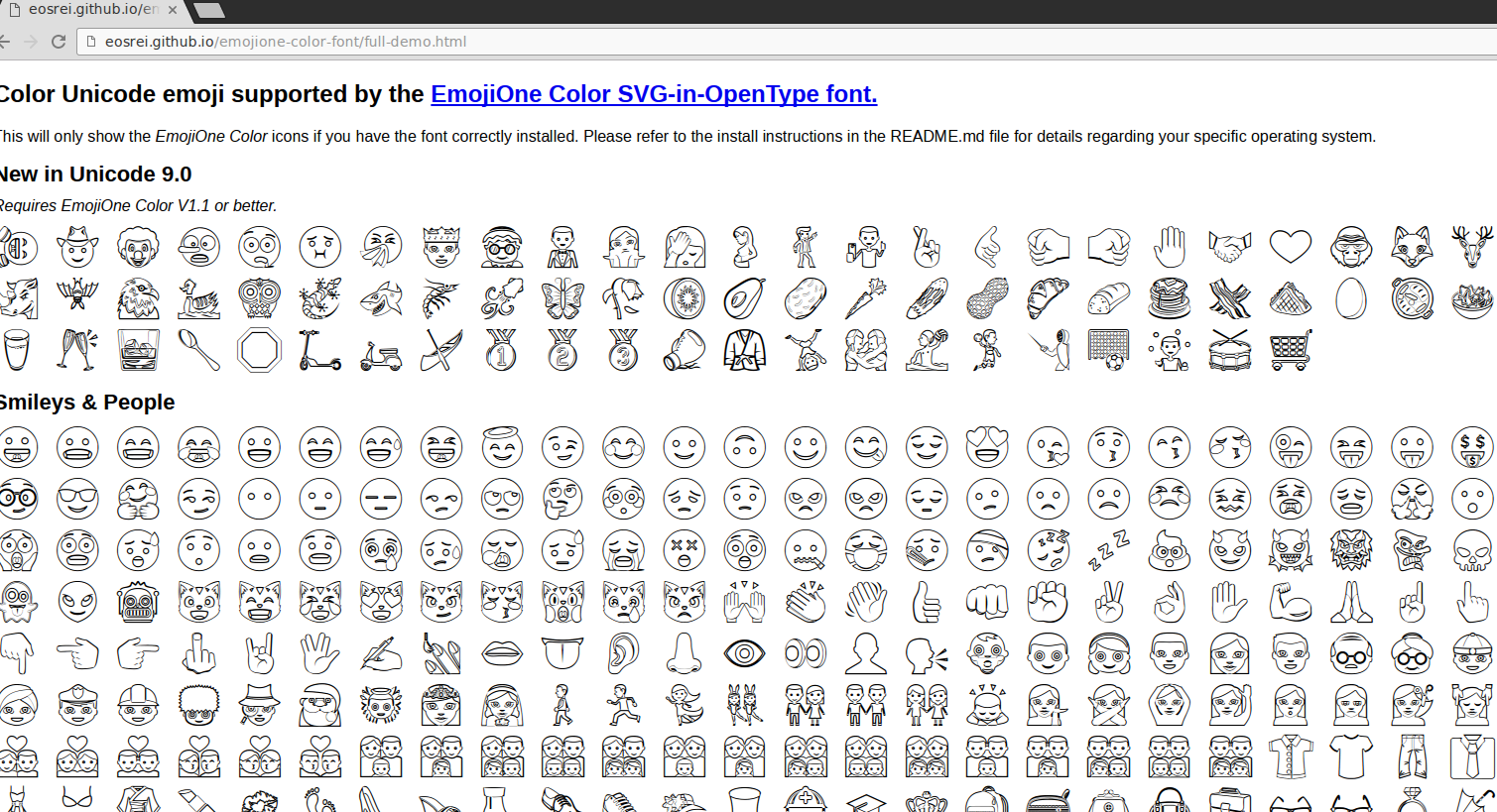 Why is it that Firefox will display some emojis in colour, but other emojis in black and white? In Unity Tweak Tool, my default font is set to Bitstream Vera Sans Roman (I have no other types of Bitstream Vera fonts), which is said to display EmojiOne. My document and window font is set to the same one. Only my monospace font is different (Courier). In Firefox's about:config, I have "gfx.font_rendering.fontconfig.fontlist.enabled" set to "false". Also, my Serif and Sans-serif fonts are both set to Bitstream Vera in Firefox.

I've also noticed that sometimes my fonts will switch to DejaVu Sans. Why? Why can't I set my fonts to a Bitstream font permanently?

I just tackled this on my machine (running 16.04). I don't like that I had to do this since Firefox 50 suppose to have native emoji support for operating systems that do not have them.

The other answer suggests to use EmojiOne, but it has reached its end of life in March 2018. Now rather have a look at its successor: the Twitter Emoji font by the same GitHub user. There are also user repositories (called PPA in Ubuntu) provided for Ubuntu, Arch and Gentoo. Using these instead of a manual install will update the font with your regular updates.

To install the font in Ubuntu I followed their instructions:

Afterwards you have to restart Thunderbird / Firefox to show the emojis in color. 😀

Not the answer you're looking for? Browse other questions tagged 16.04 firefox google-chrome fonts emoji or ask your own question.

5
Firefox shows numbers and symbols as emoji, how to disable this?

6
Fonts too small in Chrome in 12.04
1
Kubuntu has serif font in some dialogs
2
Noto Color Emojis look super huge
63
18.04: color emoji not showing up at all in Chrome, only partially in Firefox
8
Enable color emojis in Chrome, Xubuntu 18.04.1
3
Broken Emoji After Installing ubuntu-restricted-extras
2
Color emojis working partially on 18.04
0
CJK Chinese font support in firefox