During the upgrade process some error prompted that "init" does not found or something, but I didn't pay much attention (plus it only gives me a "close" button).

The first time upgrade process tried to reboot, it stops at a blank screen with a non-blinking cursor on upper left. After waiting for quite some time, I did a hard reboot, and then my system hangs at here: 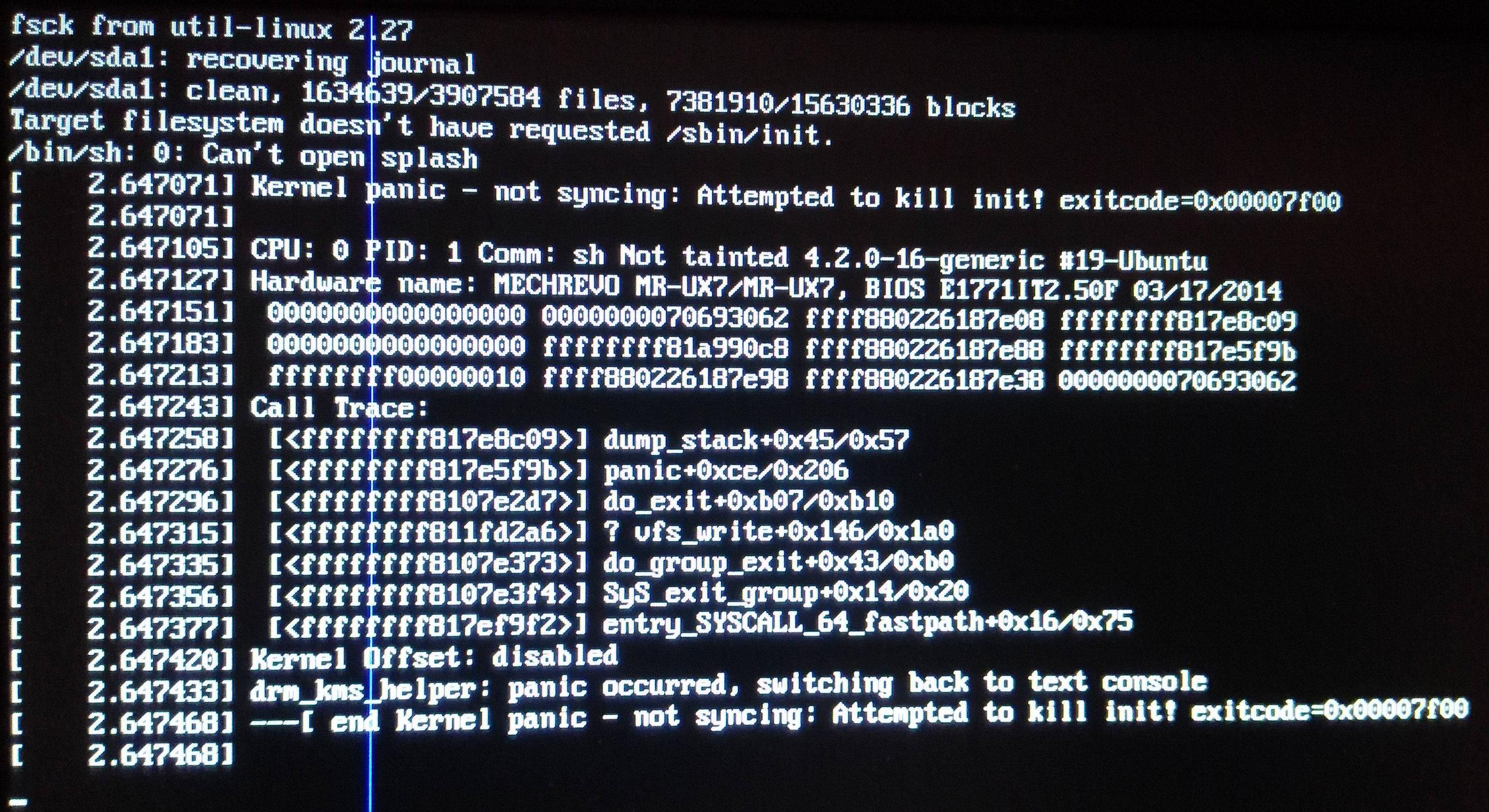 In GRUB's advance menu I can choose these entries:

Choosing older kernels in GRUB's advance option doesn't make any better: for systemd or recovery-mode they didn't make any difference; for upstart they stops at a black-and-white screen loading 15.10 (which I never installed).

Someone already posted a similar question with no answer (currently).

Anyway to fix this?

OK, I made my computer back to life again, but I don't really understand "how", so this is more of a follow up, but I think I'll post it anyway in case someone else encounter similar situation and want a hint.

I used a Live USB to boot, followed this instruction to get into command line, dpkg --configure -a and apt-get autoremove, reboot into upstart mode, (sort of) finished the upgrade process.

When I did the distribution upgrade I found my Internet connection was quite slow, so I mindlessly switched server to cn99 (China), which I think is where the damage came from.

The upgrade is fast, but when it went into first reboot (or I think it was the first reboot), the error in question appears.

Luckily I have another computer around, so I made a Live USB and used it to boot. It doesn't seem to work at first, showing errors like:

Then I followed this instruction:

This was when I was told that my repository was corrupted and need to run dpkg --configure -a to correct it.
I also run apt-get autoremove since some other Google results suggested to do so.

Then I reboot and tried default (systemd) first, still failed, but upstart work.
I then check for software update, nothing new, and for some reason (thank god) I switch server back to main, and loads of update appears, and even a "Partial upgrade" window appeared.

I did the Partial upgrade, and at the end of installing it still shows error and just stopped, but the system was responsive, so I reboot (skipping the "Cleaning up" part) using systemd and this time it worked.

There's still some minor flaws in my system, but at least it work again.

Not the answer you're looking for? Browse other questions tagged 14.04 upgrade 16.04 xubuntu systemd or ask your own question.