Automatically Connect to VPN when using a specific network in Ubuntu GNOME 16.04

Under Unity, Network Manger has a check box available for every connection that configures the automatic use of a VPN when the connection is active: 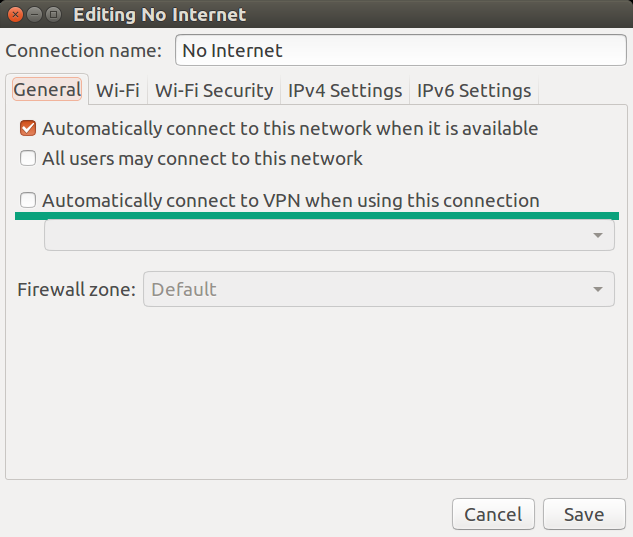 Is there a way to obtain an option like this in Ubuntu GNOME 16.04? (which uses GNOME 3.18). As the connection setting page lacks this option: 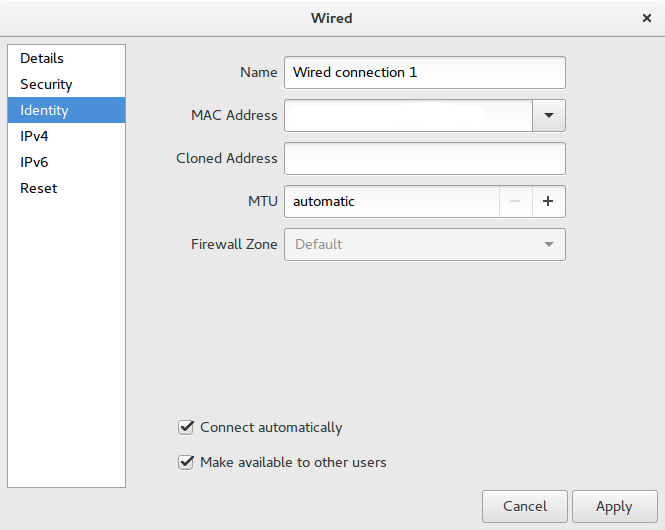 I found the answer to this. Oddly, you have to open Network Manager manually (as opposed to using the panel or Settings.

So in Terminal type nm-connection-editor. After doing so, the window that opens will have the options in the OPs first image.

This works for me in 16.04 and 17.04. Hopefully, they will integrate the various network managers in upcoming versions of GNOME.

I solved the problem with a script in

This folder contains scripts that are called in alphabetical order by the network manager every time there is a change in Network status. This has the advantage (different from another solution that I saw) that your VPN is not just activated at boot/startup, but also at resume after suspend/sleep.

For this to work you need a VPN connection that is already set up in your Network Manager, which I assume you have, otherwise you would not have asked the question.

The condition if [ "$2" = "up" ] means that the VPN connection is only automatically connected to when you start the network connection (your Internet Connection); once the VPN service runs, you can disable it or choose another VPN.

If you only and every time want to run this VPN without the ability to disable it, you can write the script without this If-condition:

You can only set this file up as root, so it is owned by root without you doing anything in addition. That's how it should be.

This process is run by root, and root does not yet have access to the password that you use for your VPN. Do the following: Open the file NAME_OF_YOUR_VPN_CONNECTION in /etc/NetworkManager/system-connections as root. Open a Terminal and do:

a) Change the line

b) At the bottom, add

Save and close the file.

to initialize the new settings. You should be done.

I did this yesterday, and as far as I can see it works fine. No guarantees!

Not the answer you're looking for? Browse other questions tagged network-manager vpn ubuntu-gnome or ask your own question.

39
VPN Autoconnect
12
How can I have my VPN connect automatically when the wireless connects?
2
How to connect to the VPN automatically on Ubuntu 19.04