I bought a Dell Inspiron 11 3000 series (model 3162) yesterday and tried installing Ubuntu 16.04 64-bit on it. Installation went fine but after it finished and restarted, it refuses to boot (doesn't recognize GRUB).

I have tried using the boot-repair tool, I have tried turning on the EFI mode, turning it off and still no luck.

Output of boot-repair is here

Also this is how my boot setup in the BIOS looks: 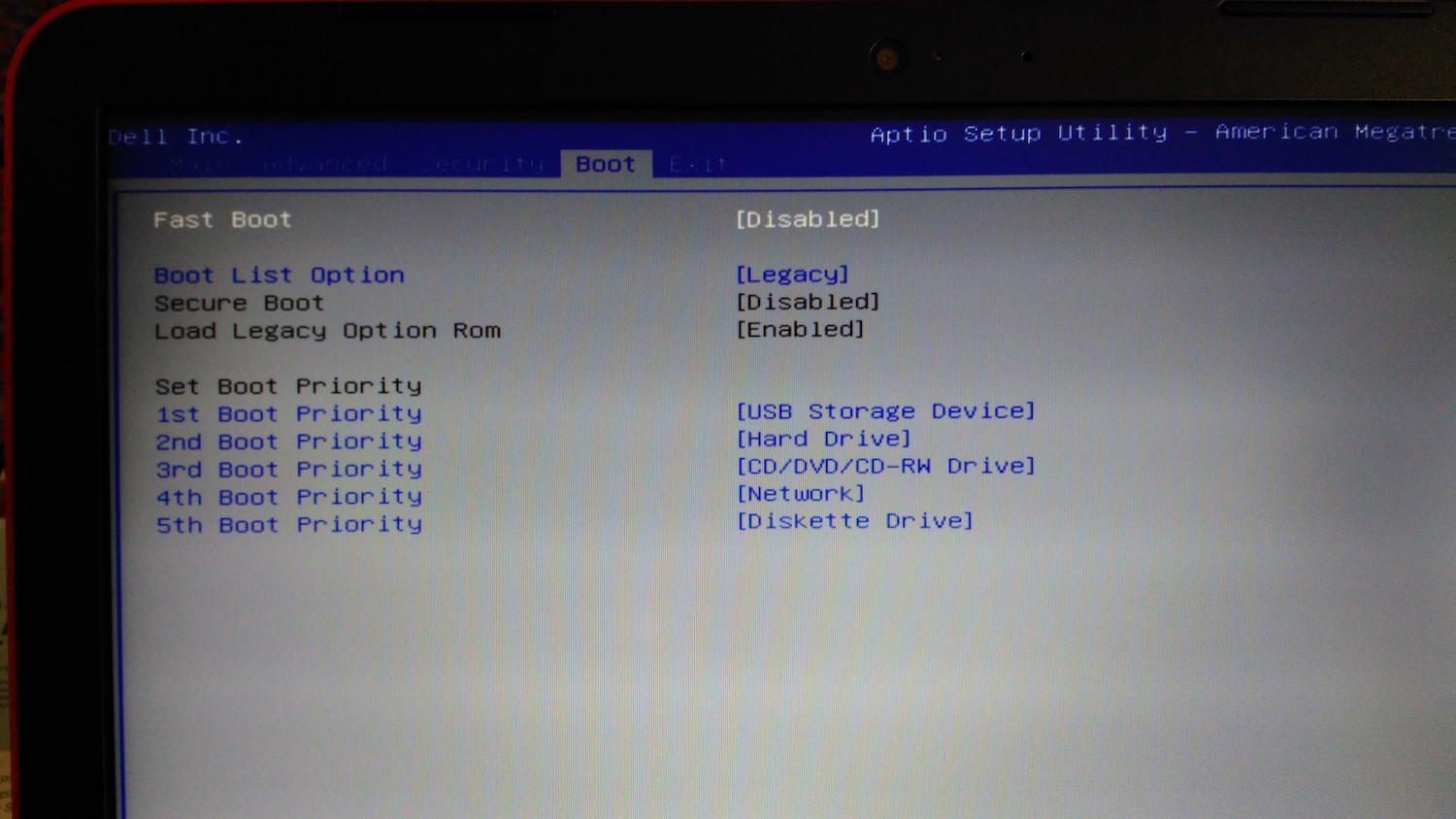 It looks like it's trying to boot to your SD card. Is that where you ran boot-repair from? Trying pulling out the SD card and see if your hard disk now boots.

Copy and paste one line at a time. See if that fixes your problem.

Hi I too had difficulty and racked my brain over this, but was able to install from a bootable usb. Two things I had to do:

Then I when I inserted the bootable usb and turned the laptop on selected f12 for the boot options and selected the UEFI bootable drive it also showed the usb name too there. the normal bootloader came up and installed. I was asked to create a password for secure boot. Then after that I selected to erase the drive and install normally, i didn't select the 'something else' option. everything installed as normal, and when it rebooted i did have a dos menu that came up first asking me i wanted to boot normal, change secure boot options ect. i just clicked normal and everything loaded normal.

I'm actually typing this right now from this Dell inspiron 11 3162..Hope this helps anyone else having troubles with the install a lot of us seem to be having.

Update I wasn't done playing, and ended up installing Linux on another similary set up Dell, which then resulted in me redoing the 3162. This time I made the bootable disk with USB Image Writer in linux, and it worked, I just had to ensure I the boot menu set to uefi with secure boot on, in any other setting it won't boot once installed. I've now installed Linux on the 3162 twice with different OS's and 1 once on another Dell with the same set up on it.

I had a similar experience with a Dell Inspiron 11 3000 series failing to boot after an install, in this case Ubuntu Studio 17.04. The solution was to redo the installation, but starting with secure boot turned on.

Not all plain sailing at this point however: the installer failed, saying 'the 'grub-efi-amd64-signed' package failed to install into /target/. Without the GRUB boot loader, the installed system will not boot'.

The solution now was to install and run Boot-Repair, following these instructions https://help.ubuntu.com/community/Boot-Repair. Boot-Repair led me through a series of commands that needed to be copied and pasted into a terminal. I did not understand any of these, but it seems the effect was to install the missing GRUB bootloader. The machine now boots fine.

Not the answer you're looking for? Browse other questions tagged boot grub2 dell boot-repair or ask your own question.