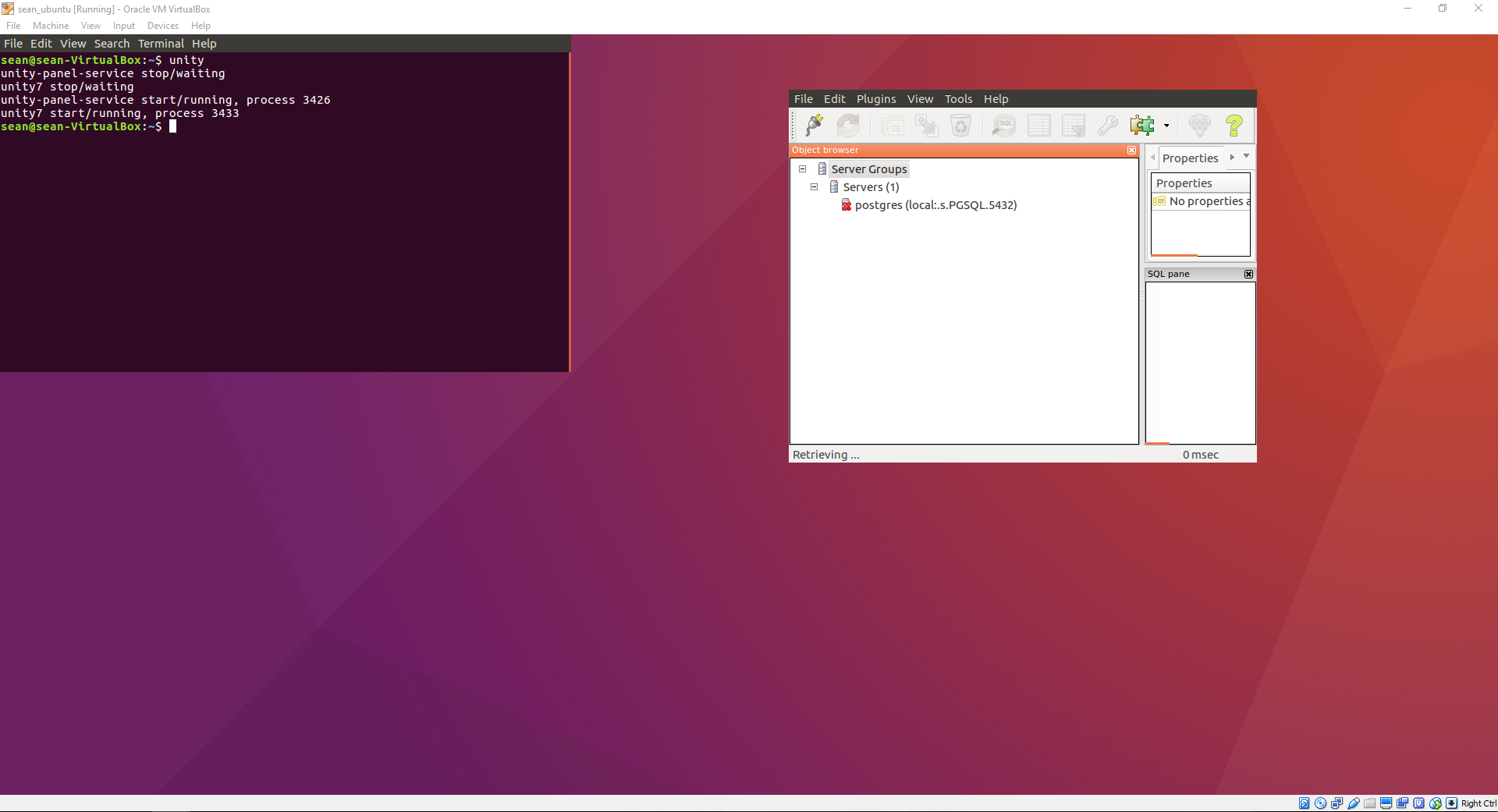 I have tried the top-rated answers for the following questions without success:

Any help would be really appreciated!

You need to disable the ccsm "window decoration" as it conflicts with the newest unity plugin.

Also, you need to enable the unity plugin in ccsm.

When using unity, all you need to do is click and drag down from the top panel to grab a window to move it.

I have found that alt button1 is a good option for the move plugin that works. Just press alt and hold down left click to move a window. 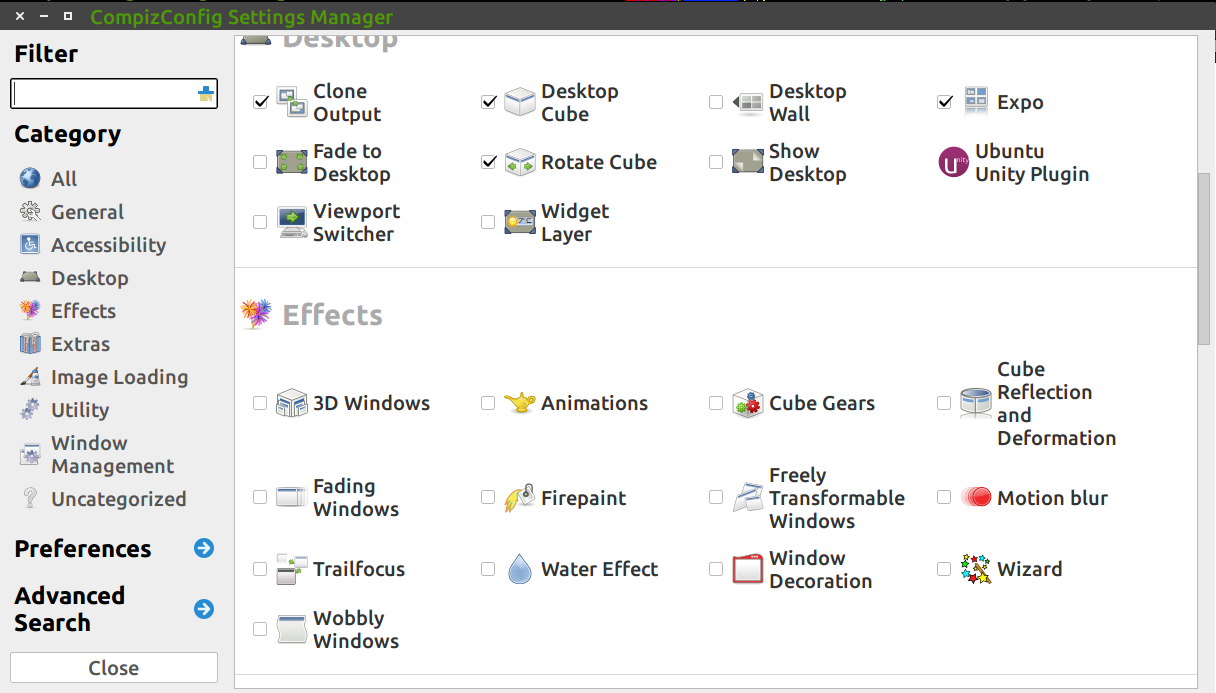 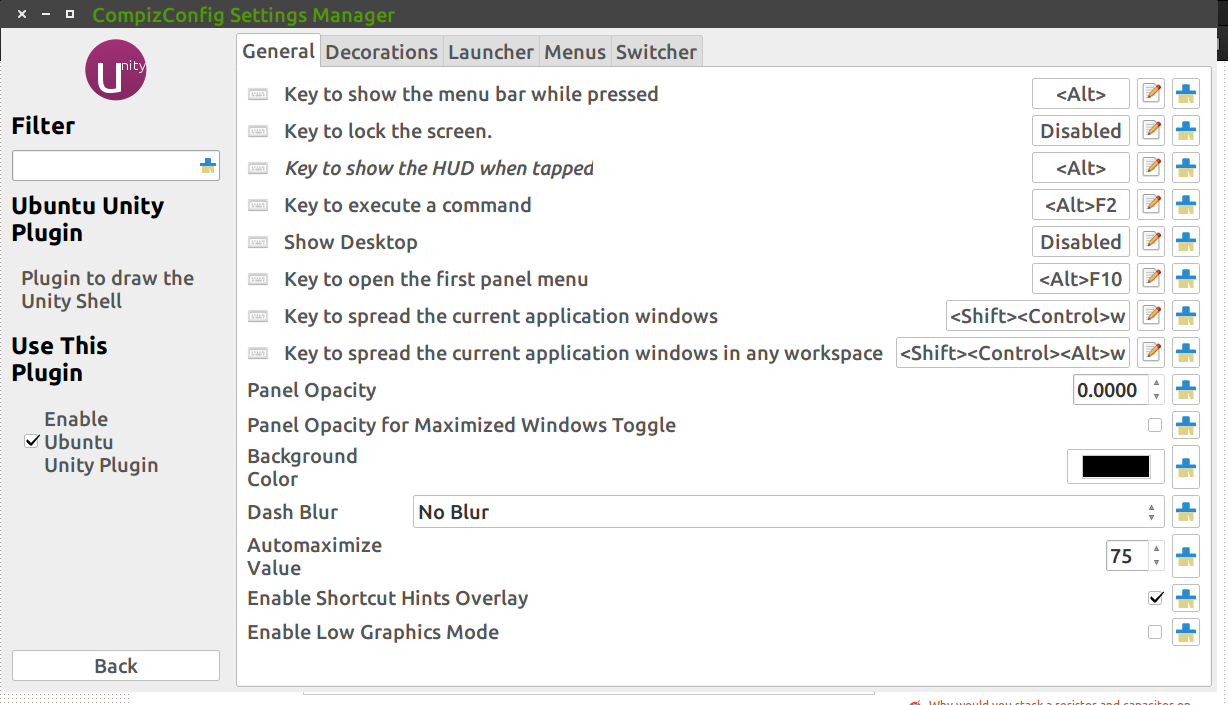 I ran into the same problem yesterday after updating. I haven't been able to fix it, but I figured out a way to avoid it, by using i3 as my GUI instead of the the one that comes standard with Ubuntu. https://i3wm.org/docs/repositories.html

Uninformed Ubuntu user. The behaviour of Gnome windows changed after I messed up with the BIOS, setting up for UEFI and back for non-UEFI BIOS.

As a result, all new windows from Gnome opened too towards the left and too towards the top. And I could only move/resize windows with the ALT+move trick (for the first time; after I ALT+moved the window, the behavior was normal). Windows opening in LibreOfficee (for example) behaved correctly.

After messing up for a while trying the recipes from this thread (without success) and others, I found the solution by opening CCSM from terminal -> Window Management -> Place windows -> General (tab) > uncheck "Workarounds" (+ all other suggestions from this thread) Hope this can be helpful

Enabling Place Windows plugin on CompizConfig Settings Manager did a trick for me.

BTW. I also have enabled Move Window and disabled Workarounds

And thank you for remebering abount Alt + Left Mouse for move the window!

564
Unity doesn't load, no Launcher, no Dash appears
56
Application's menu missing from menu bar
31
Unity missing? Can't see top or side panels
48
Unity Launcher and Top Panel disappeared in 14.04
23
Ubuntu 16.04 no menu bar or launcher - help!
7
Close/minimize/maximize button not appearing
8
How can I always show the close, minimise & maximise buttons into their own windows?
4
No panels or menus after upgrading to 14.04
3
Ubuntu 12.04 Missing Close, Minimize and Maximize Button after Update and Upgrade

3
Can the Close / Minimize / Maximize buttons be pulled out of the Global App Menu when a window is maximized?
2
How do I stop that launcher from popping up when mouse goes to the left edge?
0
Ubuntu 13.04 - When maximized, Window title blocks the maximize, minimize, and close buttons
0
Icons on top status/menu bar in gnome not following theme
1
Why after install VirtualBox my terminal and software center remove
2
Move Chromium button layout from right to left