I have two python in my computer 2.7 and 3.4. I stupidly assumed that 2.7 is the default python in ubuntu and tried to uninstall python3 using this command

While in the middle of the process I saw it removing firefox and other necessary tools, so I panicked and closed the process in the middle. But after restarting my computer I saw that it broke my ubuntu epecially my desktop. Then I have to painstakingly re installed the ubuntu desktop using these codes

This allowed me to regain my access to the desktop and launcher but when I tried to install other softwares using command line I am getting this error(used both apt-get install and apt-get -f install) and also unable to install from Ubuntu software center.

what should I do now? Can I uninstall python 2.7 from my system without harming it? How I install other softwares using command line (eg unity-tweak-tool)?

Still after more than 10 hours of searching and teaking the system the problem still exists. Now I have narrowed it to a single problem.

When I tried this

the error was pointing to a half installed python3-pkg-resources

Currently my autoremove dosent work and clean and autoclean return no error. Should I remove python3-pkg-resources? How should I do it and reinstall it?

Searching for solution to fix broken package lead to this answer which recommended removing broken packages using synaptic(which i installed before the problem). 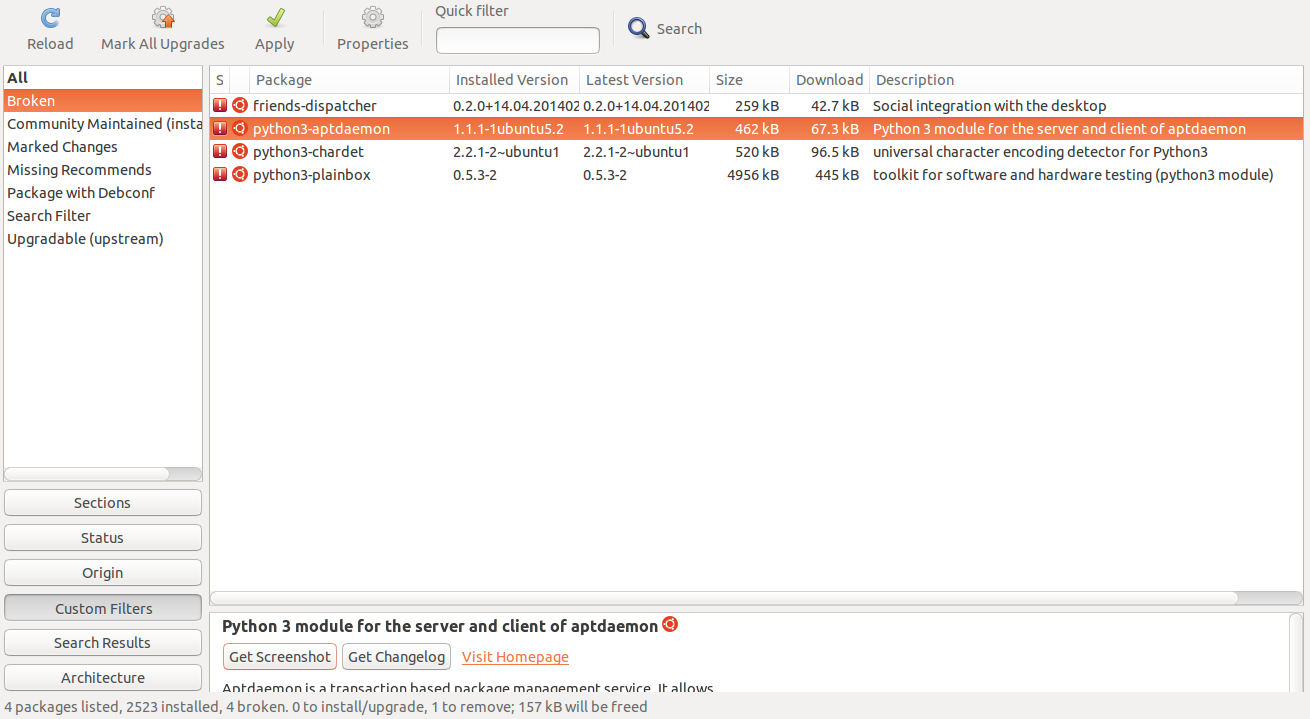 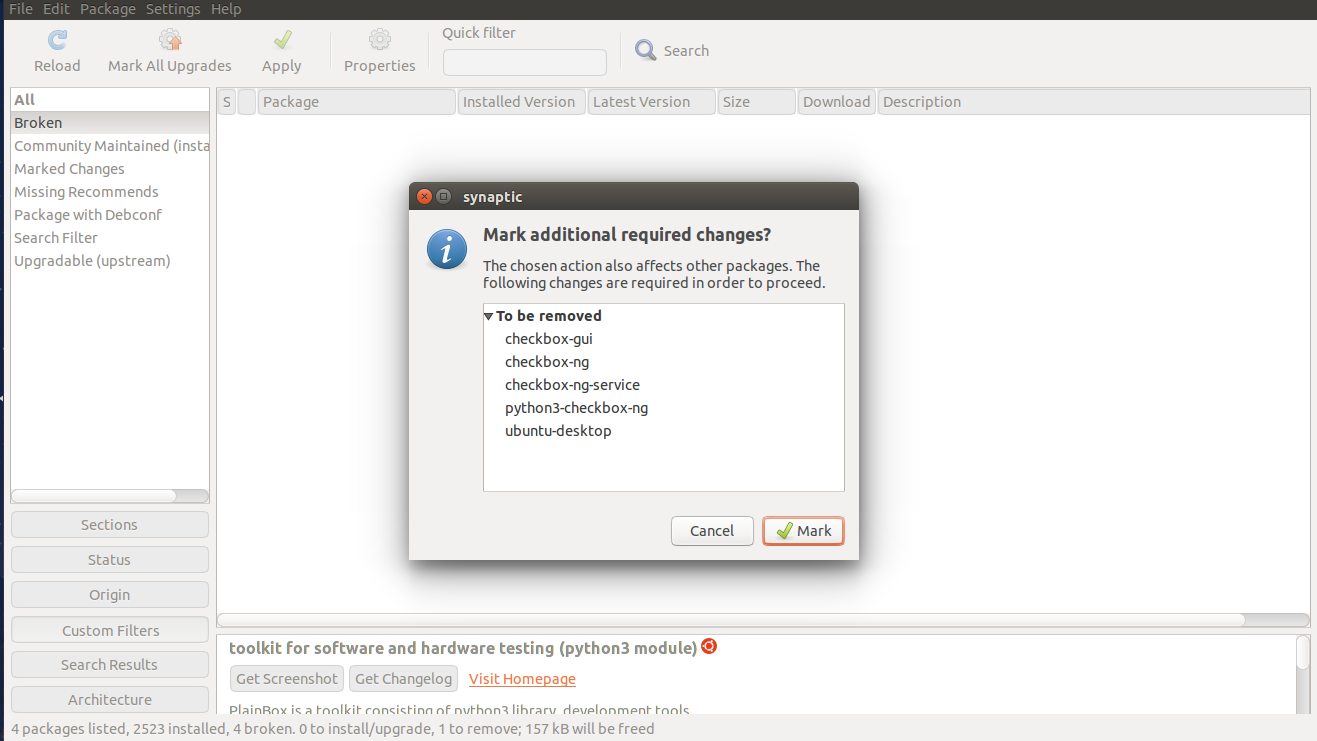 After many hours of searching, tweaking and all other kind of things I have found a solution to this problem

All the below steps are done without rebooting

Not the answer you're looking for? Browse other questions tagged apt system-installation package-management python synaptic or ask your own question.

62
Package system is broken. How to fix it?