How to remove firefox installed from a debian package?

I was having some performance issues with firefox 46 so I downgraded it to previous version by removing firefox 46 and installing from an debian package of older version firefox. Later I upgraded the firefox back to 47. So right now the firefox on my computer is "Mozilla Build of Firefox". Now I want to completely remove firefox but after using sudo apt-get purge firefox firefox is still there. I could still open the firefox browser. Using whereis firefox command the following addresses are given:

Please help me if you know how to completely remove the firefox browser and all the addons. My computer is really lacking spaces and any bit would help. Thank you very much.

P.S.S This is what I got after using the purge command mentioned above:

I think the following link will help those who have the same problem as me: FirefoxNewVersion

Basically under the Uninstallation section of the document, do the following:

In my case I just deleted all the firefox folders mentioned above but I don't think this is a very clean removal of Mozilla-Build-of-Firefox...

Open that deb package with either Synaptic, gdebi or Ubuntu Software Center and choose uninstall option. I prefer gdebi, as being the lightest and the fastest.

Możesz You can enter the shop on ubuntu installed applications. There easily uninstall Mozilla. Or see my screena.Jest written in Polish but you should know what's going on. 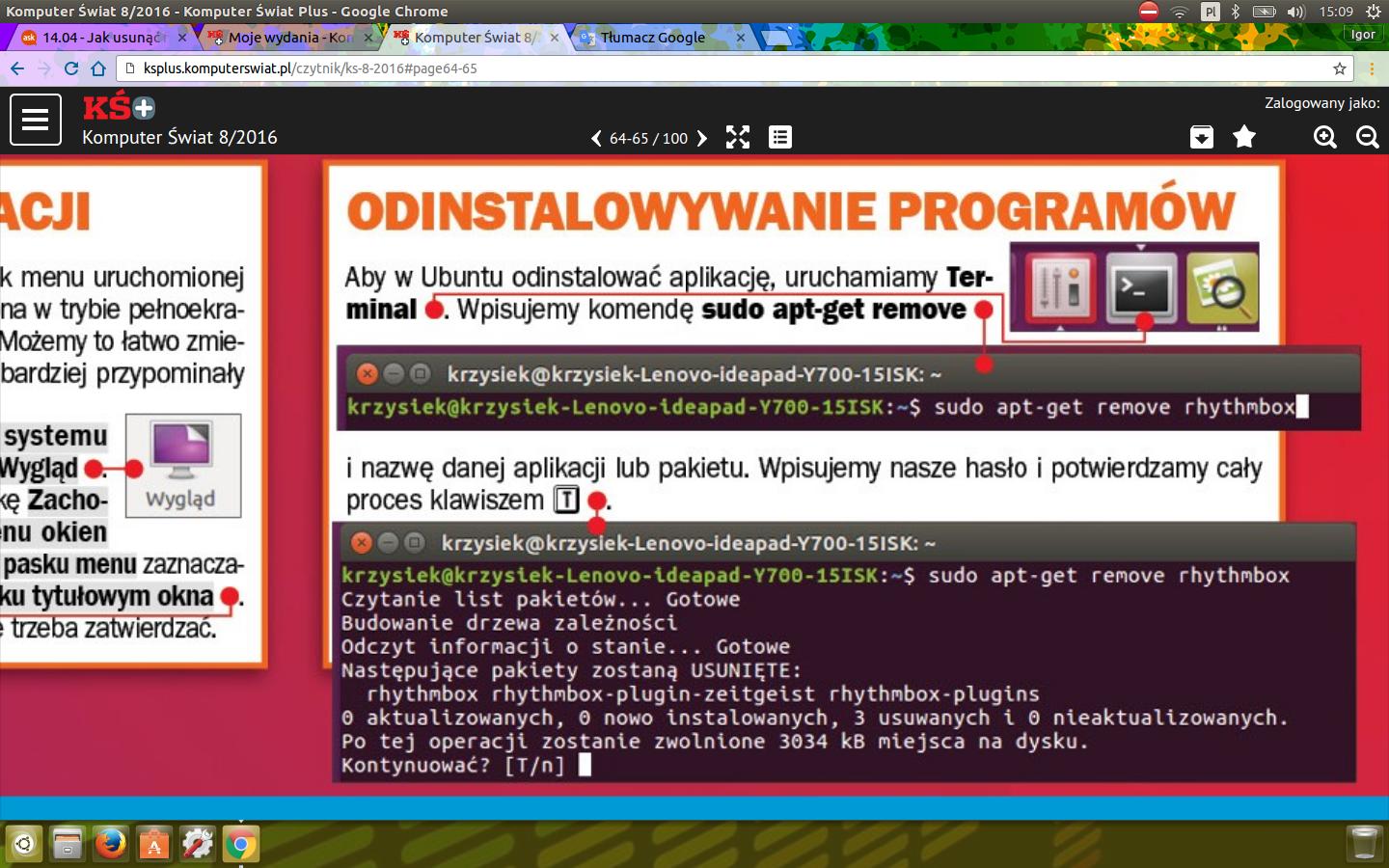 Not the answer you're looking for? Browse other questions tagged 14.04 upgrade firefox uninstall chromebook or ask your own question.

3
Problems when removing `monodevelop`
6
Where is Tor Browser opening Transmission from? How can I open the “same” Transmission?
4
Installing adobe acrobat reader firefox plugin ubuntu 12.10
0
Could not Uninstall a Package
2
How can I remove a package?
2
apt-get — remove triggers a package install?
0
How to install Firefox 55?
0
Node js trouble intallation after removing nodejs, to update to latest stable version