Why “Ubuntu light” font is rendered with normal width when set as interface font in gnome?

I'm trying to get sharp fonts on my hidpi screen of gnome Ubuntu 16.04. I can get results with "Sawasdee" font, but not with "Ubuntu Light" font which looks better to my taste.

Any one knows how to make gnome use light fonts in interface?
I.e. "Ubuntu light". If a light font is set, then for some reason its rendered with normal width in majority of applications. 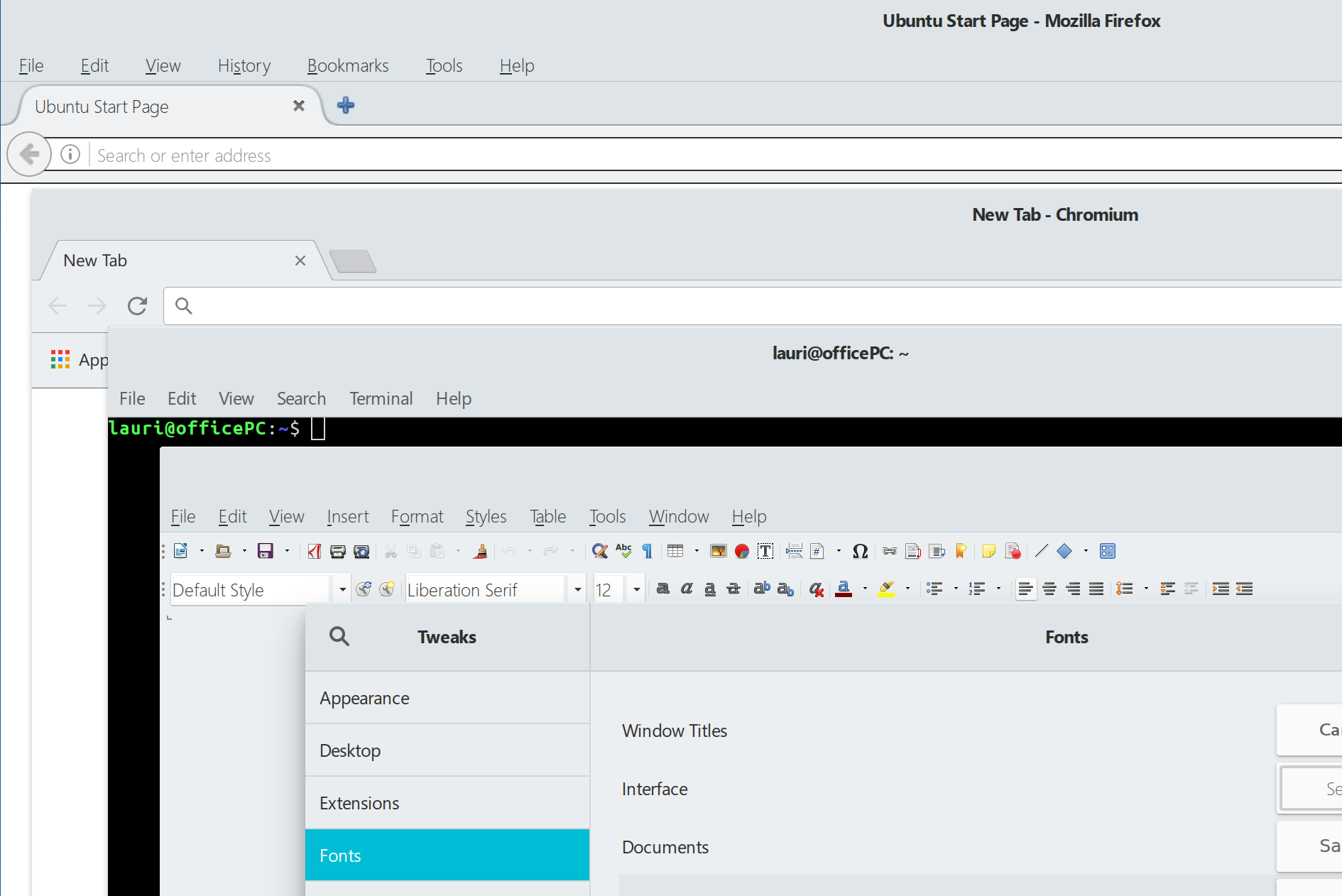 Firefox and LibreOffice render their menus with proper glyphs while gnome-terminal, chrome and tweak tool with bolder glyphs.

This behavior is true for all the fonts with "light" version. The only light font which is properly rendered is Sawasdee. I dot know why.

Can someone tell how to make gnome-terminal render its fonts the way LibreOffice does? Or at least if there is a good light font exists apart from Sawasdee?

After some experimenting i've found the way to force light fonts in interface. You just remove all styles thicker than your desired.

Now my interface is running in thin Roboto, looks stunning on hidpi display. Generally it works this way:

Not the answer you're looking for? Browse other questions tagged gnome fonts ubuntu-font-family or ask your own question.

13
Is there a good mono-spaced font for Devanagari script in the Terminal?
4
Type 1 fonts render poorly on-screen
10
How to use Fixedsys in the Gnome Terminal, or wherever monospaced fonts are required
10
Full font hinting not working in Ubuntu 18.04
1
How to replace Lohit Bengali font in Ubuntu 18.04 LTS?
2
Polish characters in a pdf file not rendered correcly in evince
5
Firefox doesn't respect font hinting setting in Gnome? How to fix this?
1
Fonts screwy in toolhints, Select list items on multiple browsers and many apps