My laptop has Intel 6700HQ CPU and Nvidia 960M as graphics card. I have nvidia-361 driver installed.

I can use the nvidia program provided with the driver to switch between Intel GPU and Nvidia GPU. Nvidia GPU works fine actually, and gives me no problems most of the time. But it heats a lot and drains/heats up the battery too. So it is not practical to use.

While switching from nvidia GPU to intel GPU, I'm not having any problems. When nvidia is on, I can easily reboot, suspend, sleep, poweroff. But when I'm on intel GPU, I can do none of those. It always freezes and I have to hold on the power button to force close it. If it sleeps, it won't wake up and so on. Same problem occurs if I use terminal commands (such as sudo reboot) to do these too.

It stays like one of these. And nothing happens:

I've removed "quiet splash" from grub to see what's wrong in more details, but it gave something like 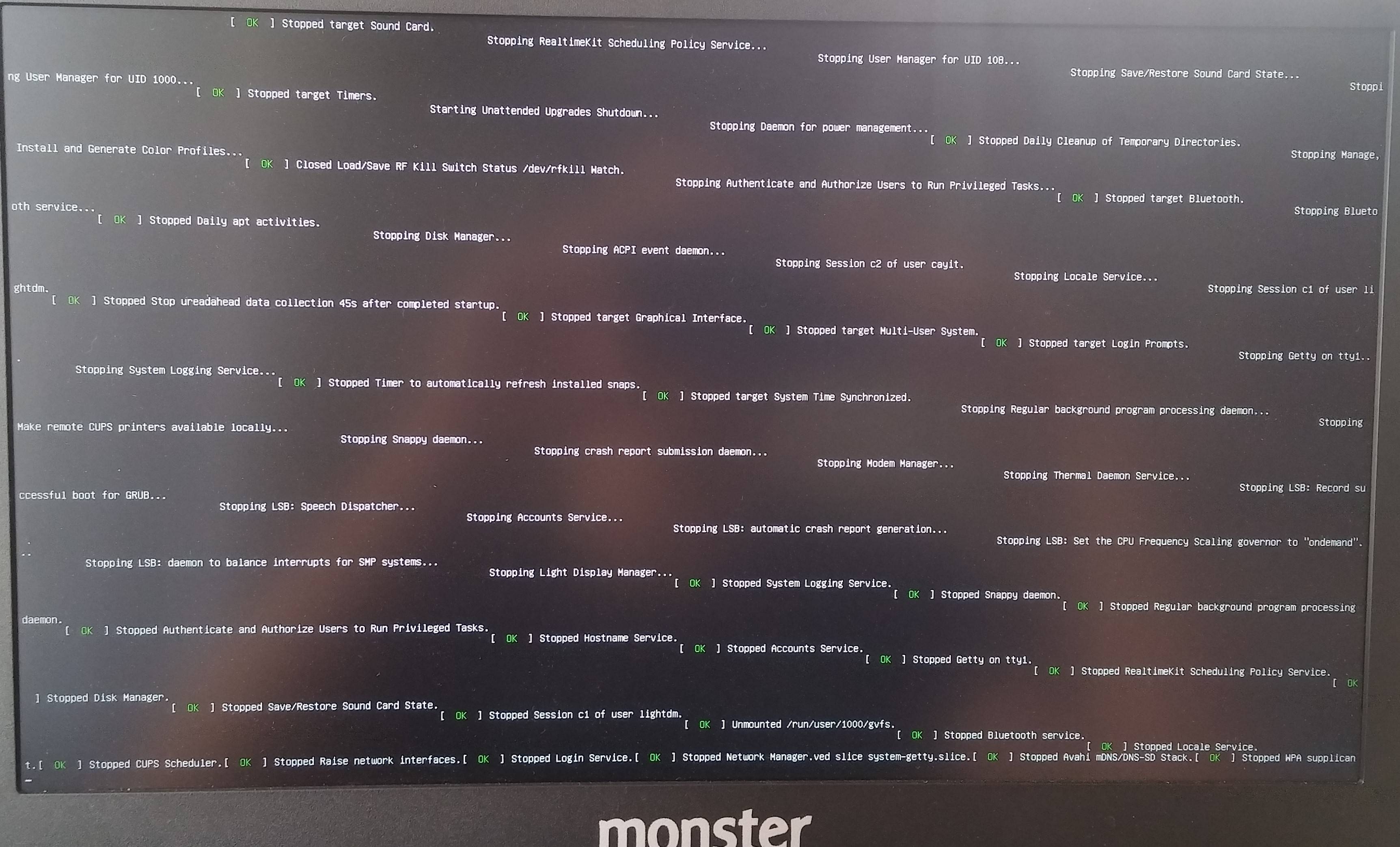 Ubuntu 16.04 had a lot of problem with external GPU (nVidia or ATI) and with Intel Power States of 6th generation Intel processors. I have your same problem and installing kernel Linux 4.6 (instead of 4.4) I have solved my problem.

Enter these commands on your terminal (for 64bit PCs):

Not the answer you're looking for? Browse other questions tagged nvidia 16.04 shutdown intel freeze or ask your own question.