So I have MKV/MP4 with multiple audio tracks and multiple subtitle tracks.

I want to remux the video so only 1 audio and subtitle is present. On OS X, I currently use a tool called MP4Tools/MKVTools.

It lets me select/tick which tracks I want in the output file. (apologies since I cannot find a video on my Mac that has multiple audio/subtitles). 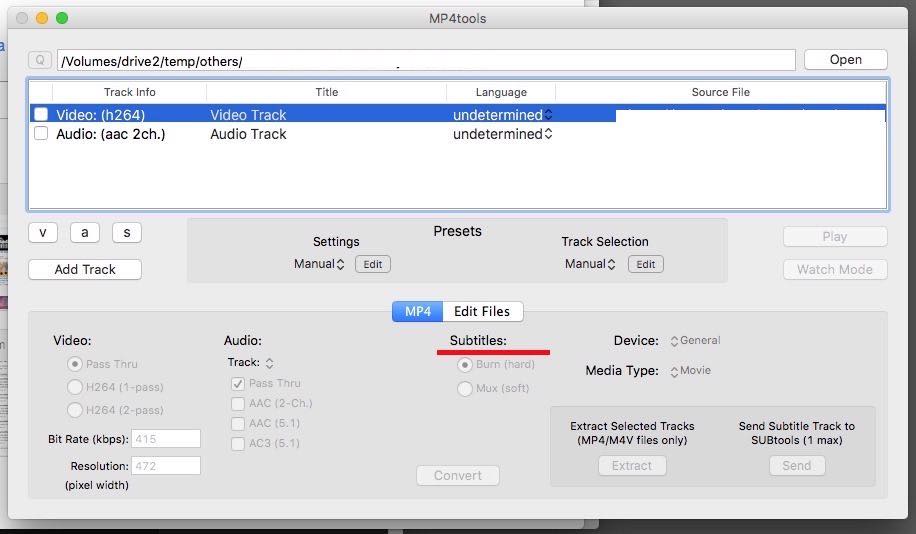 I've looked at the MP4tools "package" and it seems it's just a frontend to ffmpeg. I'm hoping there's something similar in Linux/Ubuntu.

Check out mkvtoolnix. Think it might do what you need it to. 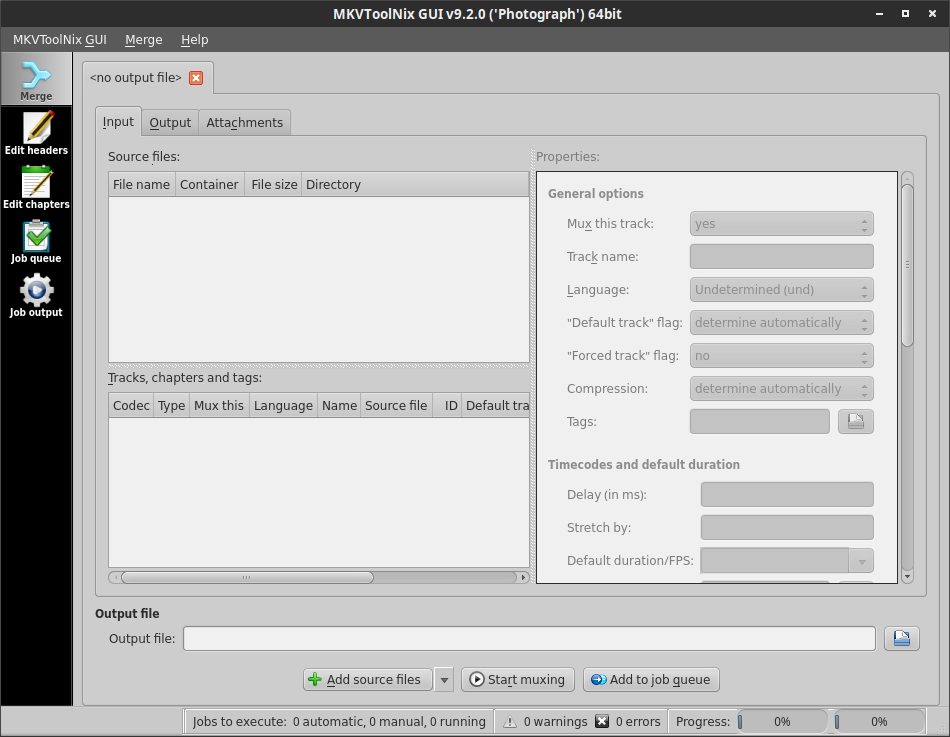 Handbrake does all these things and more.

Can be installed with sudo apt-get install handbrake.

You can use my dmMediaConverter (ffmpeg GUI) and choose to burn the subtitle because mp4 container does not accest subs. If you choose mkv as output then there is no trouble. Just disable autio streams that you don't need. This process is without reencoding so it is very fast and no quality loss. Enjoy! 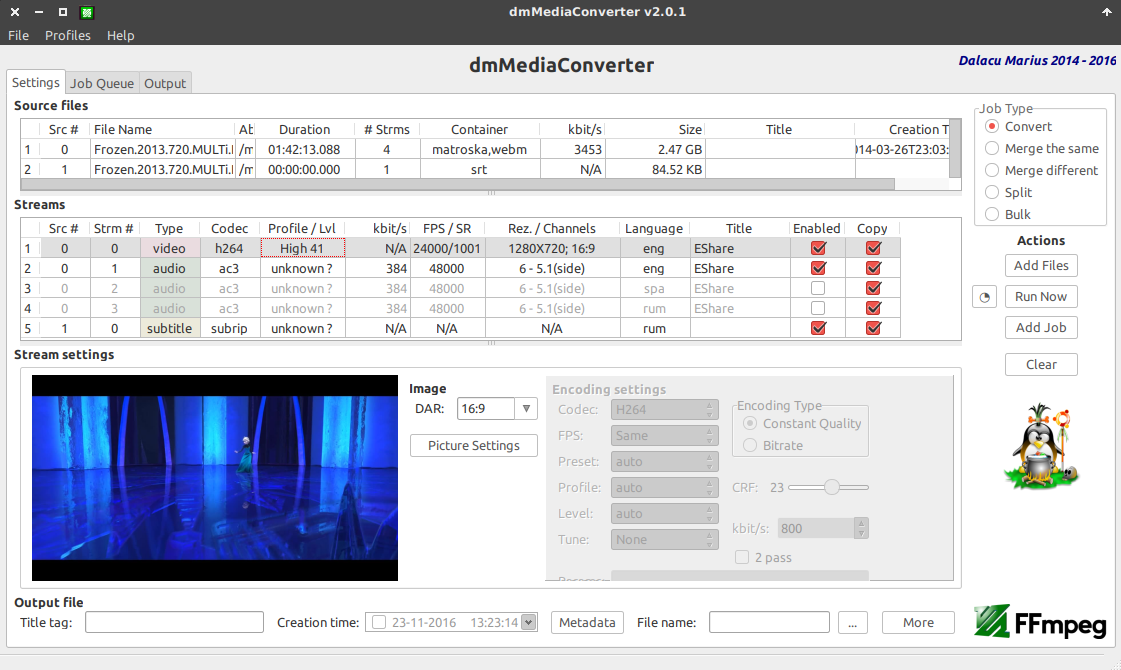 Not the answer you're looking for? Browse other questions tagged gui ffmpeg video-conversion or ask your own question.

16
How do I add and/or keep subtitles when converting video?
0
DVD Audio Playback Silent - how to find codec
2
How can I burn vobsub subtitles using ffmpeg?
0
Remove Audio Streams of videos - recursively without converting audio or video with FFMPEG
1
Help with MKV to MP4 Remux script
12
How to convert .ts file into a mainstream format losslessly?
7
Converting .mov files to .mp4 using FFmpeg
0
How to reduce size of video?
2
Play mp4 video file, by piping avconv to avplay on Ubuntu 14?