I don't know why, but I know it happening.

After realizing that both Fn+F1 and Super+S switches between workspaces, I used xev and found out that Ubuntu senses Fn+F1 as Super+S.

In other words, Fn+F1 is interpreted as the same keystroke.

Turns out that my computer's bios reset whether I needed to use the Fn key to activate special keys, and now after fixing it I need to press Fn+F1, which is shown on my keyboard to be the Search key. 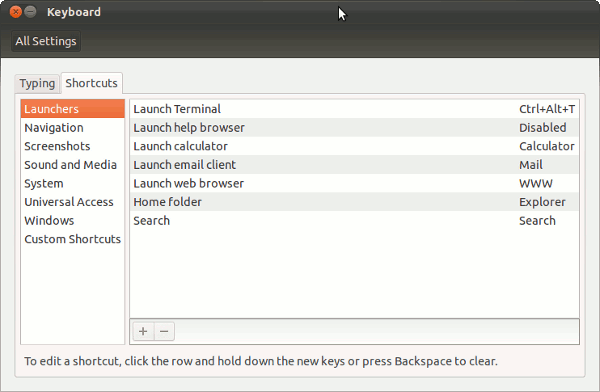 There should be options available to configure the shortcuts there. Look for the Super+S shortcut and change it to F1.

Also, remember to change the F1 shortcut to Super+S afterwards and that should sort out the problem.

Not the answer you're looking for? Browse other questions tagged unity keyboard or ask your own question.

8
Where is "Super" key for Ubuntu running on Mac OS X with Vmware Fusion
6
Is there an application to identify the configuration driving a system-global keypress
10
Unity hates my super key
2
Control+R stops working in all programs after some time
7
Ctrl+Alt+Arrow (switch workspace) won't work even if workspaces are enabled. Instead, it seems to have other effects in several programs
5
Show all windows from all workspaces [Super + Shift + w] in Ubuntu 18.04.2 as in Ubuntu 16.04