Why deja-dup fails with dependencies in 16.04?

I got many errors when first time trying to setup deja-dup. Now, I get only the following thing which is a similar warning as you get when python2-deprecation warnings. 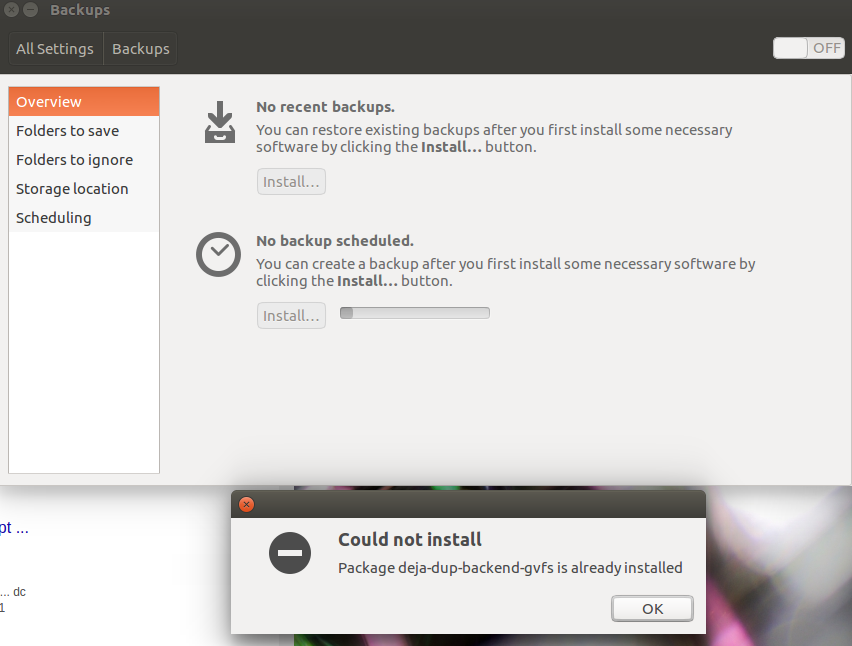 The install button stays there all the time. You cannot start backup.

I do Ads20000's proposal successfully, which resolves the issue in the screenshot

However, output when trying to write to NTFS disc, where you should be able to use NTFS disc as discussed here 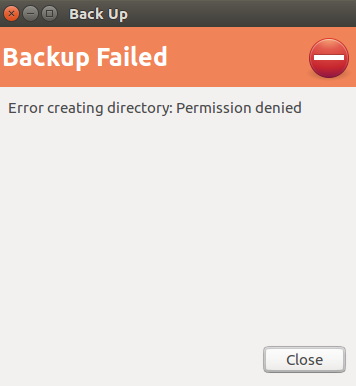 I think the only solution is here the following where I however cannot found the mounted NTFS disc: it is not in /media/masi/. I started it as root but the file-directory tree is so much different

How can you find the backup disc now when doing backups as root? I am not sure if this is a good way to do backups so please correct if not.

To fix the original issue, try the following commands:

To make sure your computer is fully up-to-date:

To resolve any dependency issues which may exist:

To see if reinstalling the program helps:

As for the issue with permissions, I'm not sure deja-dup does full backups very well because, as you have found, you have to run it as root and then you have problems with your mounted drive. Either just backup your home folder, or use a different tool (see this question, though having done some other Googling people seem to recommend Clonezilla a fair bit). This Launchpad Question back from 2010 seems to suggest that deja-dup doesn't do full backups very well, maybe that issue hasn't been worked on much since then.

Not the answer you're looking for? Browse other questions tagged 16.04 deja-dup or ask your own question.

114
How to back up my entire system?
0
How to Verify/Restore Whole-System Backup of tar czf?

5
Why isn't Deja Dup making room for more backups?
6
Why doesn't Deja Dup complete the backup?
3
Deja Dup resolves host name incorrectly, adds ISP hostname
2
Deja Dup gets stuck on “Preparing…” or “Reading…” (when backing up)
8
How do I open deja-dup during a current backup?
4
How to make Deja-Dup behave?
4
Error using Backups in Ubuntu 18.10 (it was Deja Dup)
3
“Backups” (deja-dup): after installing duplicity 0.8 from source, “Backups” can't find it