Can you empty cached items from memory without needing to close Firefox?

I currently have Firefox set up so that a persistent cache is not stored after closing Firefox. I only have the memory cache enabled which it empties when Firefox is closed.

Sometimes I need for security reasons to empty the memory cache but it is very inconvenient to restart Firefox, but I am currently forced to.

So I was wondering if there is a way to empty Firefox's cached items in memory while Firefox is still running and without causing any problems? If this is possible without causing issues in Firefox, then I would also like to know if this would be in any way less effective than closing Firefox and have it empty the memory cache the normal way?

Mozilla has a support document for this particular question. 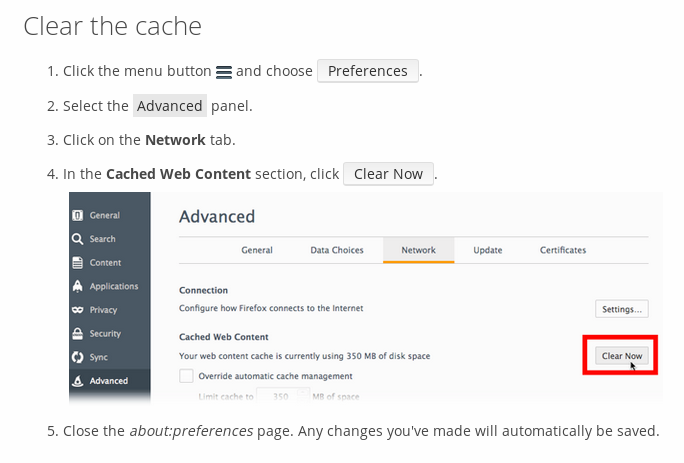 The document offers additional information - so it is worth a look.

It also says that clicking the Clear Now button could take an unknown amount of time to clear all the caches (and it does clear all of them including the memory cache you want to clear) because it is done in the background by another processor thread. Though you can check how it's doing by going to the about:cache page.

You could use an add-on to delete the cache.

As far as I know there are several, I always used Empty Cache Button. 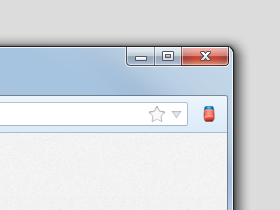 Can yoy not press Ctrl + F5 like you can for chrome.

1
Can console be suspended and ask for a password on wakeup?
0
Out of Memory Issue
1
How to switch tabs via keyboard shortcut in Firefox in reverse?
3
How to “Quit and Save” in Firefox 50?
1
How to prevent Firefox ever saving state on forced quit?
2
Shared memory takes gigabytes