Redshift and flux f.lux both installed but no visible effect from either

I run a dual boot of Ubuntu and Windows.

I have redshift and flux installed on Ubuntu but neither has an visible effect.

I'm looking for help in debugging this or any alternative software to make the light less harsh on the eyes.

While I believe I installed redshift from the software installer app.

Typing in redshift into terminal results in this.

And it just seems to stall from there.

The details of package for redshift installed from the Ubuntu Software Centre says this package provides gtk+ integration.

Then the same combo of 3 statements, with color temperature decreasing until it reaches 3700k, and it just repeats the fact it's at 3700k

No redshifting visible effect as far as I can tell, still.

I think I should I have the correct (proprietary) drivers installed. 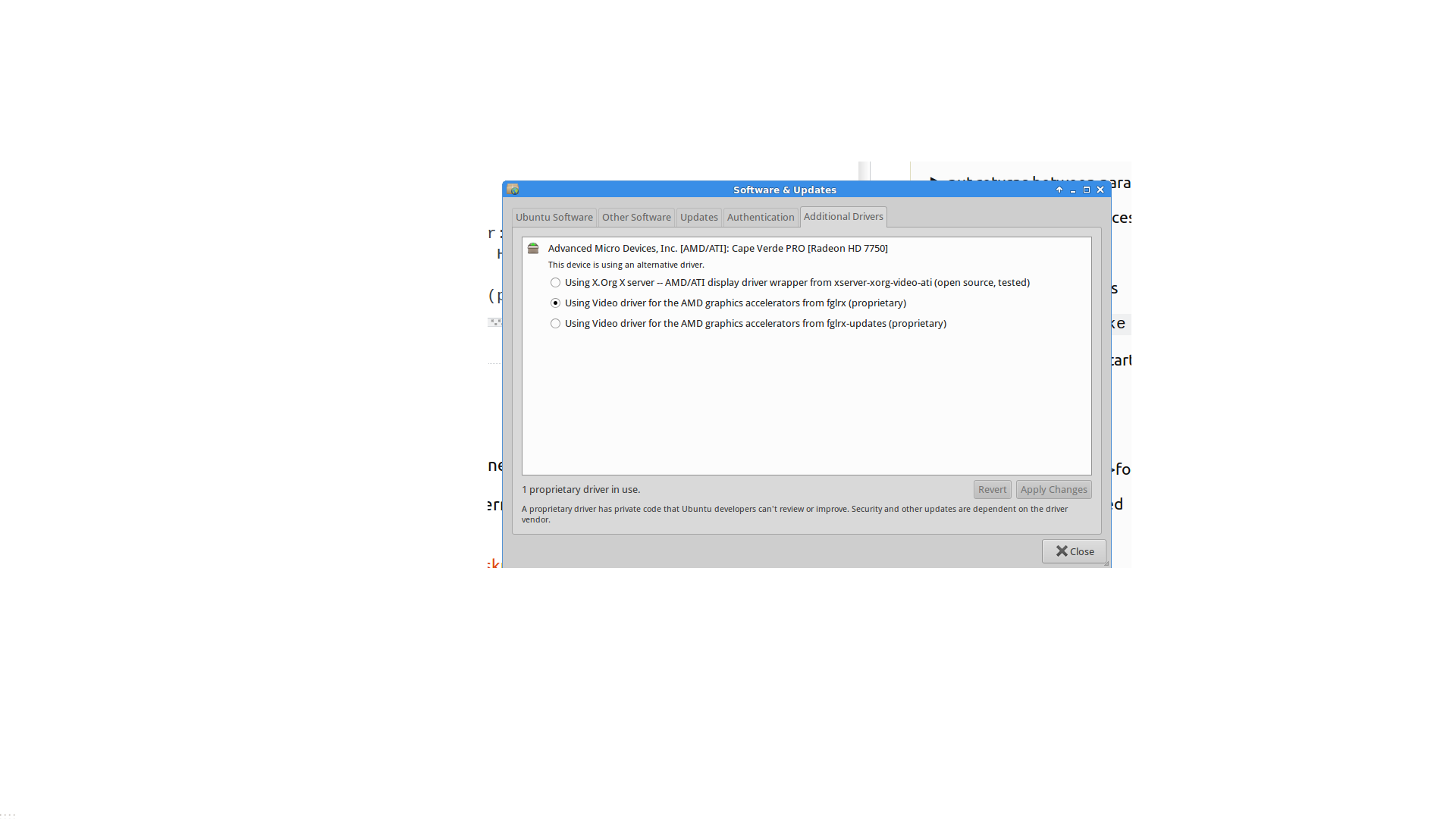 Then, you can invert the screen colors which again maybe too harsh because black will become white or, and this is what I prefer, you could reduce the screen contrast using

or any other value you feel comfortable with.

And you could reverse the effect with

You need both redshift and redshift-gtk installed if you want to control it out of the terminal. If you want to just keep redshift, open up a terminal, enter redshift, press Enterand wait until it boots. To open it automatically after login, you'll need to open up the Startup applications app and add redshift if it isn't already there. You might as well skip this last step and see if it works by logging out and back in.

I was having the same problem with my new installation of Ubuntu 16.04. Flux & redshift would not work at all. This is what worked for me, your mileage may vary: So I was having a different problem with my sound card and when I completely removed PulseAudio and all its dependencies, and purged apt-get, flux started working automagically! I then reinstalled the PulseAudio system and reinstalled the desktop and flux is still working!!! Hopefully someone else will have the same luck I did.

Not the answer you're looking for? Browse other questions tagged redshift f.lux or ask your own question.

4
F.lux or redshift and lubuntu issues