Why don't windows of the same application behave as they should?

Somewhere along the upgrade path, Unity has developed some strange logic behind window layering. First, before Oneiric, there was a way to see all the windows of an application - I think it was when you click on the icon in the launcher. Now, clicking on the icon often does nothing. Suppose I have two terminals open, one behind this Firefox window, and one in front of it. Clicking on the launcher does nothing - the only way to find the second terminal, afaics, is to move the Firefox window or use the task switcher.

Secondly, once I have both terminals on top, then I decide to close one of them, suddenly they both disappear (the second one, for some reason, has gone into hiding behind the Firefox window).

Third (though I can't pin it down now), sometimes when a window is on top, focus is still on a window in back; I click on the top x to close the window in front, only to find I've closed an important window in the back. (Update: this question details the problem)

I can't really believe these are bugs, since they seem too obvious to not have been fixed by now. My question is, am I missing something? Some compiz option I can set to make it act like it used to? Or is this really how Unity is supposed to act?

Application in the front does not have the focus:

you might want to look into these questions and bug reports:

See all the windows of one application:

I'm not sure what exactly you want. To see all windows of e.g. the terminal, I can click on the launcher icon twice. This results in this image: 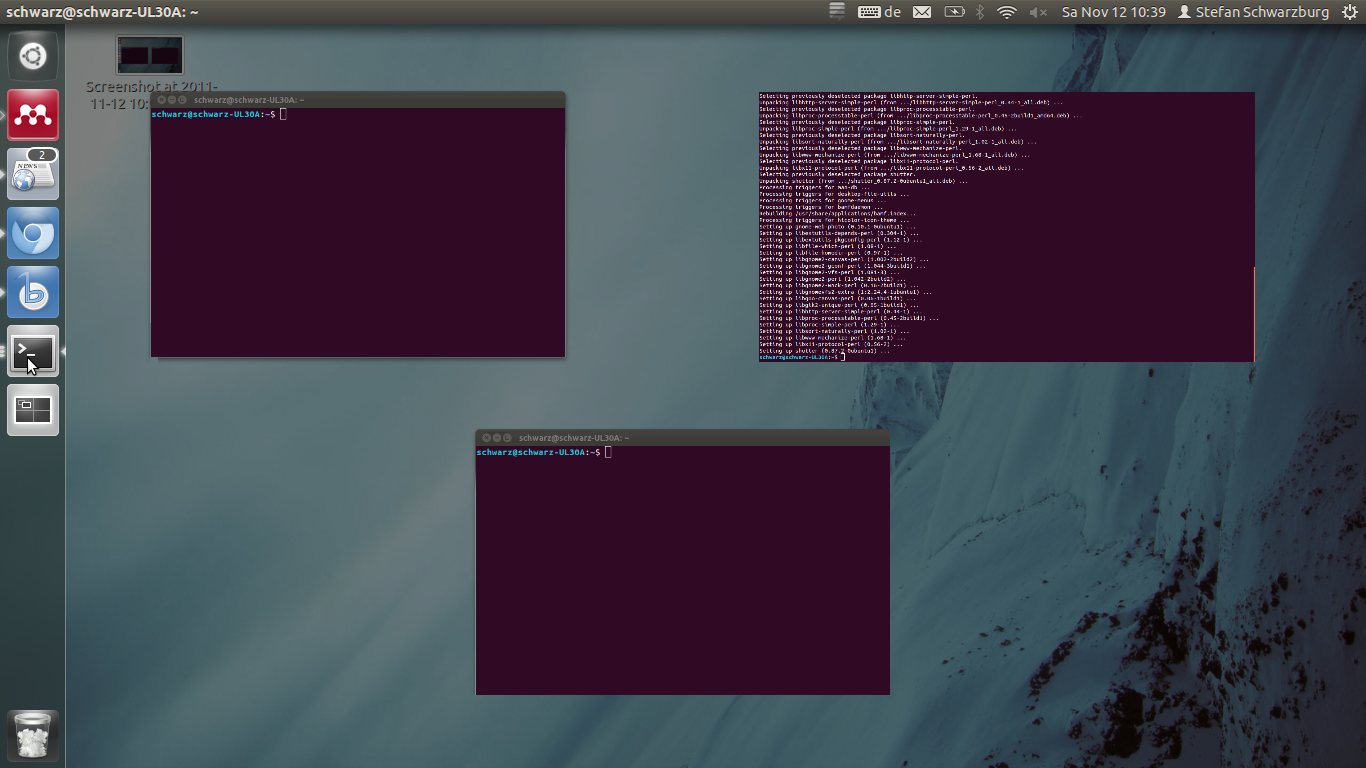 There is also the application switcher (Alt+TAB) where you can use the arrow keys to show all the windows of one application: 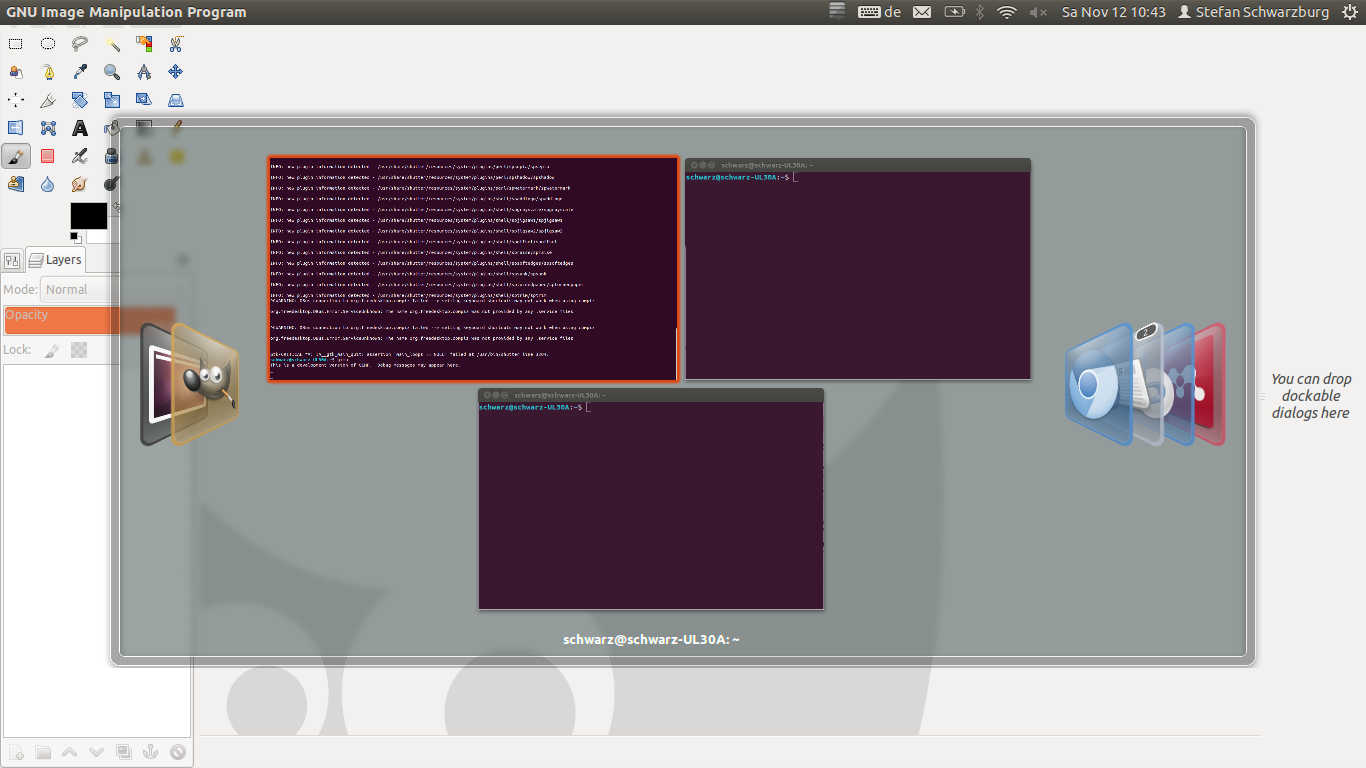 This seems to be the default behaviour when you first have the focus on application A, then click in the launcher on application B with windows B1, and B2. Then both B1 and B2 come to the front, but only one of them gets the focus. If this window is closed, the focus goes to the application which had the last focus, in this case A, which then comes to the front.

I do not know how this could be changed.

Not the answer you're looking for? Browse other questions tagged 11.10 unity compiz window-management or ask your own question.

183
How do I reset my Unity configuration?
147
How do I set focus follows mouse?
13
Window focus confusion in unity

2
Why don't some of my applications show up in the launcher when opened?
1
Why is the top menu-bar not accessable when previewing open windows of an application?
0
unity, seeing all instances of same open application windows on all virtual desktop
1
Unity Launcher send to back feature
3
Why does a clicked on application not move to the foreground?
13
How to minimise Steam to the Unity panel (system tray)?
5
Can't start an application from the launcher, but can from dash and rightcliking
1
How to make active application float to the top of the launcher