I am using Kubuntu on a Lenovo Thinkpad (more specific spec below). Since some time now I am getting extreme surges in fan speed that drop off immediately after.

Most of the time theses peaks in fan speed arise every couple of minutes. This even happens when completely idle. When under heavy load the intervals narrow, but the CPU fan speed is still pulsing up and down. I captured some data on this using Psensor which might illustrate the problem: 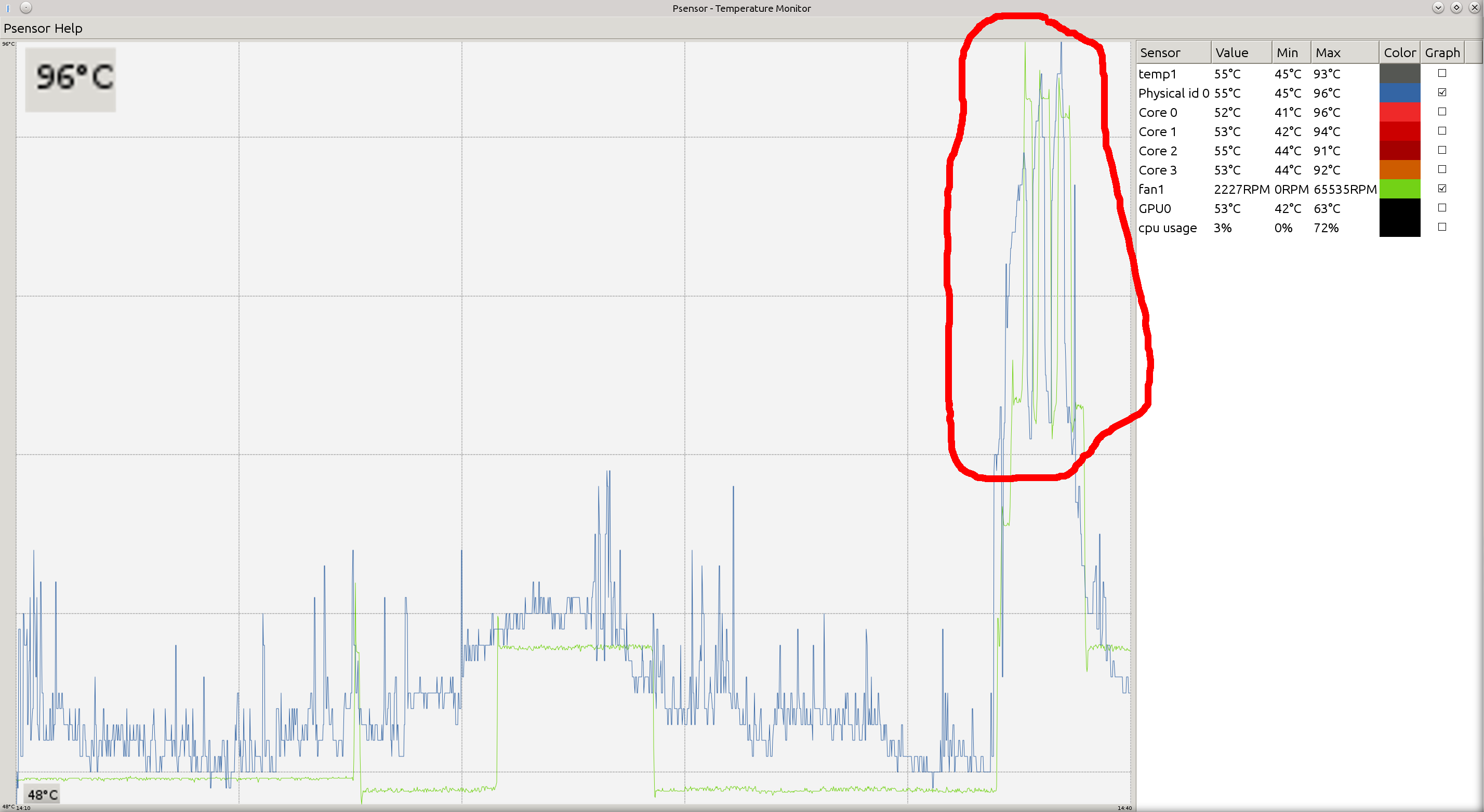 This overshoots in the fan speed create a really unpleasant soundscape. Is there a way to prevent these peaks from happening? I would prefer a solution that works without any additional software, but I am up for anything.

I tried changing the Adaptive Thermal Management Scheme to Balanced, as suggested in this similar question, but this did not solve my problem. The fan speed still behaves as shown above.

Windows users also complain about this. This laptop uses the Intel Q87 express chipset which does not have PWM outputs so the only way of controlling the fan speed is via the BIOS. You could try changing the power management profile to balanced.

I do not recommend removing dust by using an air duster to blow the dust into the laptop. It is much safer to use a domestic vacuum cleaner to suck dust out, although this is nothing like as effective at cleaning the fan as disassembly and using something like a glass cleaning wipe on the fan blades.

Not the answer you're looking for? Browse other questions tagged kde thinkpad fan or ask your own question.