Ubuntu 16.04 - only connecting to ethernet, no wifi option

I recently installed Ubuntu 16.04 on a windows machine. Everything seems to be working fine, except for the fact that wifi doesn't seem to be an option for connections 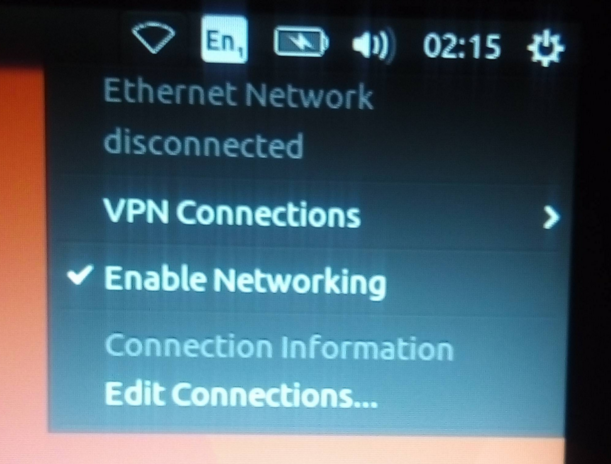 What I've tried, that didn't work

googling away, I've found a post from someone saying that I need to use these commands:

and other commands, but then an error appeared saying Bogus unblock argument 'wlan0', which made sense because it wasn't listed in rfkill list

I then tried this, but the final progress bar didn't seem to proceed, as some users complained in the comments

So I then tried installing bcmwl-kernel-source manually, along with the other packages it needed. I did that and rebooted the machine several times, but I still don't see the wifi as an option

The last thing I tried was setting up a new connection using the "edit connections" button from the image above, and set it to what I could see from my other ubuntu machine over wifi, but I still don't see the option to connect through that anywhere.

modprobe: ERROR: could not insert 'wl': Required key not available

Any help is greatly appreciated

This is the subject of a recent and still open bug in Ubuntu: https://bugs.launchpad.net/ubuntu/+source/bcmwl/+bug/1572659

It appears that the only solution so far is to enter the computer's BIOS and turn off Secure Boot.

To do so roam around the options after booting your windows machine in F12 mode, until you find a Secure Boot switch and turn it off. Then exit and boot Ubuntu normally

Reboot. Your wireless should now be working.

Not the answer you're looking for? Browse other questions tagged networking broadcom ethernet or ask your own question.