maas 2.0 gui does not show node which has been pxe booted

First let me repeat the cliche that I'm pretty new in the field so please excuse me in any ingenuousness.

I've already setup a server with Ubuntu 16.04 and done pretty much everything it takes to have maas provision nodes (of course I'll go on deploying other stuff for openstack if only I can pass this very stage) on it based on some straightforward guide (put there by a great guy code name "openstack in basement") I found on the internet. The bad luck is those comprehensive guides are revolving around ubuntu 14.04 and maas 1.7 (I'm not sure but definitely not maas 2.0) so as you know everything seems different from old version of maas from packages you need to install to maas gui and even commands. Ok let me cut it short here and get to my problem specifically.

In the maas gui under network tab there's two fabric-0 and fabric-1 with network information of public interface and private interface respectively. The gui for fabric-1: 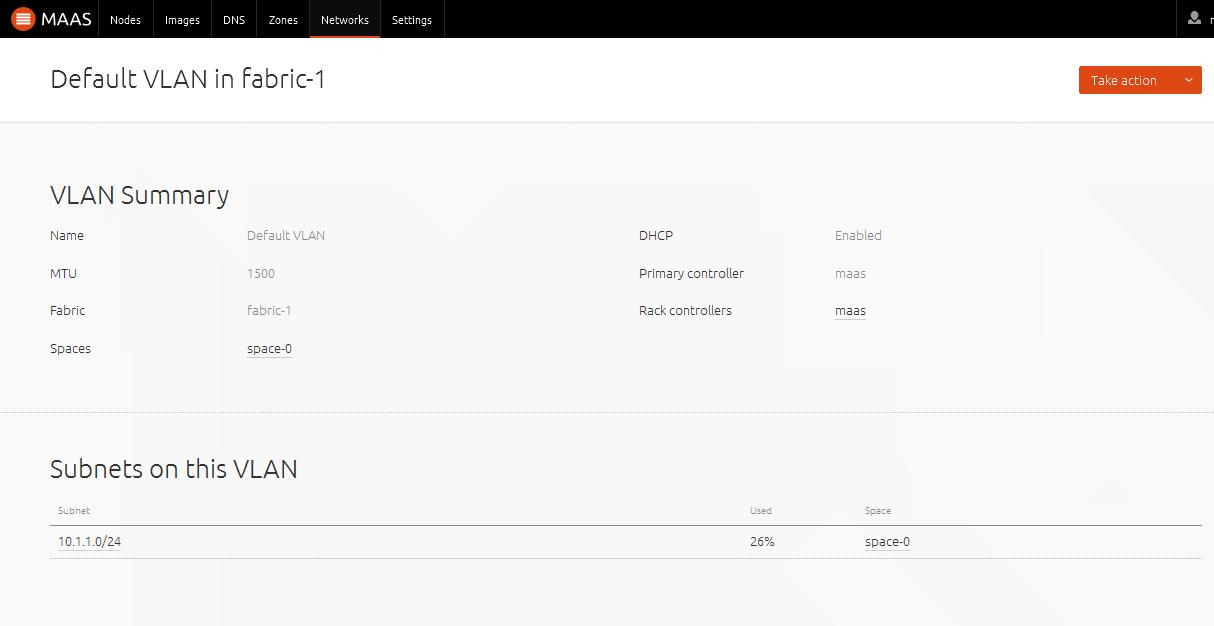 Under DNS tab but unfortunately the public interface's ip is shown :

I couldn't figure it out how to change it to private interface's ip. By the way when I for the first time changed the setups in the BIOS of one of the nodes connected to switch to be pxe booted and restarted it, it presumably booted by network and received things from maas although through this process demonstrated some failing errors to connect to some addresses on the internet (I'm not sure why since it gets every thing from maas, doesn't it?) and finally the black page with:

appeared on the pxe booted node which I'm totally baffled what to do with that since I expect it to shutdown automatically. Well it did not and still no sign of enlisting that node on maas gui (still a 0 beside Machines under node tab)

Well first I must say all the credits must go to our friend "bc2946088" who gave the vital clue, thank you again dude.

As he said I ran the sudo dpkg-reconfigure maas-region-controller command and changed the auto detected ip to 10.1.1.100. I also on the local PC from which I ssh to the maas, ran the route -p ADD 10.1.1.0 MASK 255.255.255.0 172.16.63.100 command and rebooted. After these when I hit the power of the node it exactly did what was expected, receiving stuff from maas and also getting thing from archive and finally shutdown. And best of all maas gui showed the node as New. Then I commissioned it (needed to hit the power button of that node) and it went on working seamlessly and status became Ready.

one more question, Now under DNS tab there are two entries

Not the answer you're looking for? Browse other questions tagged networking gui maas or ask your own question.